Globalisation: the rise and fall of an idea that swept the world. The annual January gathering of the World Economic Forum in Davos is usually a placid affair: a place for well-heeled participants to exchange notes on global business opportunities, or powder conditions on the local ski slopes, while cradling champagne and canapes. 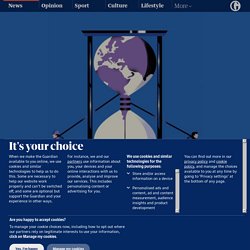 This January, the ultra-rich and the sparkling wine returned, but by all reports the mood was one of anxiety, defensiveness and self-reproach. The future of economic globalisation, for which the Davos men and women see themselves as caretakers, had been shaken by a series of political earthquakes. “Globalisation” can mean many things, but what lay in particular doubt was the long-advanced project of increasing free trade in goods across borders. The nation-state is dead. Long live the nation-state / Academia. The integrity of the nation-state has disintegrated under the pressure of the world’s economic system. 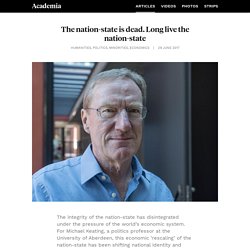 For Michael Keating, a politics professor at the University of Aberdeen, this economic ‘rescaling’ of the nation-state has been shifting national identity and reshaping the nationalist movement in Scotland. And then Brexit came along… Keating was one of 13 experts who shared their thoughts at Eurac Research’s Summer School on Human Rights, Minorities and Diversity Governance, which finished up on June 29th. How are ideas of nations, nationalism, boundaries changing in Europe? There has been a tendency in the past to think of the nation-state as having set boundaries—a shared national identity, a state with sovereignty over internal matters, a national economy, and so forth. The aspiration of nation builders was to get all those things to correspond. But these independence movements are still about dividing. Michael Keating Related Articles.

Sovereignty still makes sense, even in a globalised world. Are States Still Relevant? Scholars have been discussing the state's destiny for a long time. 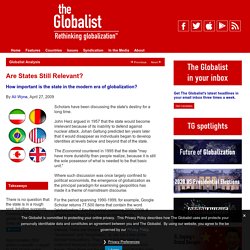 John Herz argued in 1957 that the state would become irrelevant because of its inability to defend against nuclear attack. Johan Galtung predicted ten years later that it would disappear as individuals began to develop identities at levels below and beyond that of the state. The Economist countered in 1995 that the state "may have more durability than people realize, because it is still the sole possessor of what is needed to be that basic unit.

" Where such discussion was once largely confined to political economists, the emergence of globalization as the principal paradigm for examining geopolitics has made it a theme of mainstream discourse. For the period spanning 1990-1999, for example, Google Scholar returns 77,500 items that contain the word "globalization. " A rough dichotomy has emerged amidst this surge of interest. The Beginning of the End of the Nation State? There has been a lot of commentary recently about the rise of nationalism and threats to the Rules Based International Order. 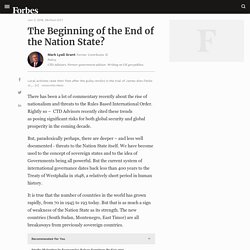 Rightly so – CTD Advisors recently cited these trends as posing significant risks for both global security and global prosperity in the coming decade. But, paradoxically perhaps, there are deeper – and less well documented - threats to the Nation State itself. The pendulum swings between globalisation and nation state. Will the Nation-State Survive Globalization?

A specter is haunting the world's governments -- the specter of globalization. 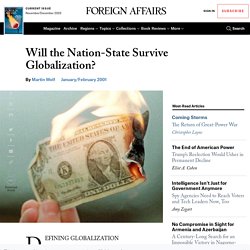 Some argue that predatory market forces make it impossible for benevolent governments to shield their populations from the beasts of prey that lurk beyond their borders. Others counter that benign market forces actually prevent predatory governments from fleecing their citizens. Although the two sides see different villains, they draw one common conclusion: omnipotent markets mean impotent politicians.

Indeed, this formula has become one of the clichés of our age. But is it true that governments have become weaker and less relevant than ever before? Globalization is a journey. This article is part of our premium archives. Globalisation and State Sovereignty: A Mixed Bag. By Jacalyn Goldzweig Panitz (Bsc International Relations) As the process of economic globalisation has unfolded since the 1960s, international trade and capital flows have grown tremendously (Hay, 2014). 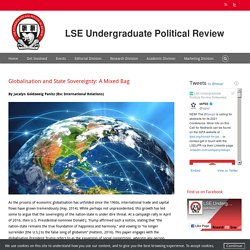 While perhaps not unprecedented, this growth has led some to argue that the sovereignty of the nation-state is under dire threat. At a campaign rally in April of 2016, then U.S. Presidential-nominee Donald J. Trump affirmed such a notion, stating that “the nation-state remains the true foundation of happiness and harmony,” and vowing to “no longer surrender [the U.S.] to the false song of globalism” (Hattem, 2016). Economic globalisation, which is the re-spatialisation of human connection as it relates to economic activity from the local or national level to the planetary arena, exists as a process of integration toward a single, shared global economy (Scholte, 2007; McGrew, 2014). 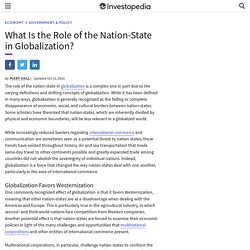 While it has been defined in many ways, globalization is generally recognized as the fading or complete disappearance of economic, social, and cultural borders between nation-states. Some scholars have theorized that nation-states, which are inherently divided by physical and economic boundaries, will be less relevant in a globalized world. While increasingly reduced barriers regarding international commerce and communication are sometimes seen as a potential threat to nation-states, these trends have existed throughout history.

Air and sea transportation that made same-day travel to other continents possible and greatly expanded trade among countries did not abolish the sovereignty of individual nations. The demise of the nation state. What is happening to national politics? 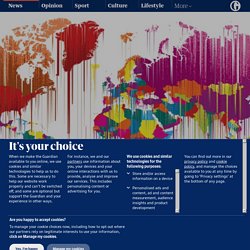