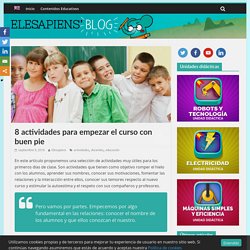 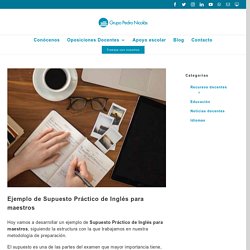 In classrooms where teachers used a series of techniques centered around establishing, maintaining, and restoring relationships, academic engagement increased by 33 percent and disruptive behavior decreased by 75 percent—making the time students spent in the classroom more worthwhile and productive. “Strong teacher-student relationships have long been considered a foundational aspect of a positive school experience,” explains Clayton Cook, the lead author of the study and a professor at the University of Minnesota.

Relationship reflection form. How Are Happiness and Learning Connected? What to consider when teaching English in large classes. How many students do you teach? Do you feel that your classes are too big? Author and education consultant Jason Anderson looks at the issues and offers some potential solutions. For many of us, our classes are larger than we would like them to be. They can present a number of challenges that teachers of smaller classes are less likely to face. Language development opportunities.

Supporting and extending language development. Teaching English to learners with Special Educational Needs (SENs) – Myths and realities. Importance of play for babies & children. Australian Government Department of Education and Training (2009). Belonging, being and becoming: The early years learning framework for Australia. Canberra: Commonwealth of Australia. Retrieved 19 June 2019 from Cole-Hamilton, I. (2011). Getting it right for play: The power of play: An evidence base. Fleer, M. (2013). How young children learn English through play. As we release Learning Time with Timmy – our first app for early-years learners of English – Danitza Villarroel, a teacher on our Learning Time with Shaun and Timmy course in Chile, explains the importance of learning through play, and offers a few tips for teachers new to this age group.

KQED Public Media for Northern CA. There was a direct correlation between the children who’d heard a lot of parent talk and how prepared they were to learn once they arrived at school.

Hart and Risley wrote, “With few exceptions, the more parents talked to their children, the faster the children’s vocabularies [grew] and the higher the children’s IQ test scores at age 3 and later.” For Suskind, a lightbulb went on. How young children learn English as another language. By Opal Dunn, educational consultant and author Introduction Young children are natural language acquirers; they are self-motivated to pick up language without conscious learning, unlike adolescents and adults.

They have the ability to imitate pronunciation and work out the rules for themselves. Any idea that learning to talk in English is difficult does not occur to them unless it’s suggested by adults, who themselves probably learned English academically at a later age through grammar-based text books. Read the notes below about young children learning English as another language. The advantages of beginning early. Early childhood development – it’s not rocket science, it’s neuroscience! I was introduced to Mine Conkbayir when she contacted me about neuroscience informing early years practice, which I think is such an exciting, and growing, area of study.

So I was very enthusiastic when she offered to do a guest post on this subject. Here she discusses how neuroscience can add another dimension to our understanding of child development: Like many individuals in this increasingly frantic world, I’m often busy juggling my responsibilities as a parent while I work and continue my studies – a very exciting journey as I try to achieve my PhD in early childhood education and neuroscience. Having been a lecturer across a range of child care and education qualifications for the past 14 years, I continue to be bewildered by the lack of consistently embedded teaching of neuroscience and early brain development across these qualifications. Being Multilingual: You speak with an accent. I don’t.

Accents are things that only other people have. They are, by extension, things that you don’t want to have. Accents are, in short, shortcomings. This is why, if someone tells you that “you speak with no accent”, you can be sure of two things: that you have received words of praise indeed; and that you speak with the same accent as that person. So the person is actually not only praising her own accent, she is also giving evidence that she has no idea she’s got one. Multilingual Preschoolers. It’s amazing how young children learn to converse with others. They have to not only internalize grammar and vocabulary, but also develop an understanding of culture: how to take turns in a conversation, who to talk to, and how to narrate a story.

For dual language learners (DLLs) — children under the age of 5 with a home language other than English — that process can be complex. These young children must constantly navigate between two languages and cultures, while learning the rules of both. And while the benefits of multilingualism are clear, these learners they may be excluded or teased because of their differences, which can hinder their development. As linguistic diversity skyrockets worldwide, early childhood educators need to be prepared to help DLL students meet and overcome these unique challenges. The Diversity of Languages in Early Education. FAQ: Raising Bilingual Children. Why want bilingual children? There are many reasons, but the two most common are: 1) The parents speak different languages (say, an American woman and a Turkish man).

6 Types of Play: How Children's Play Becomes More Social. Play is a serious business. The pioneering developmental psychologist Lev Vygotsky thought that, in the preschool years, play is the leading source of development. Through play children learn and practice many basic social skills.