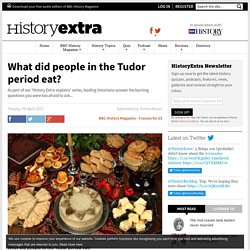 Tuesday 7th April 2015 Submitted by: Emma Mason A selection of 16th-century foods at Little Moreton Hall. © christopher jones / Alamy Rank, station, and even religious customs affected what you ate throughout the Tudor period. Meat was forbidden on a Friday, when people ate fish instead. Certainly the Tudors ate a wider variety of meat than we do today, including swan, peacock, beaver, ox, venison, and wild boar. Tudor dining: a guide to food and status in the 16th century. In Tudor England, maintaining the difference between ranks was so important to the concept of a well-ordered society that efforts were made to enshrine the distinctions between the classes in ‘sumptuary’ laws. 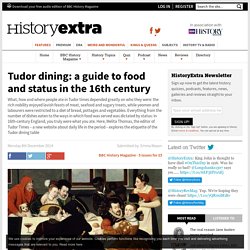 These laws tried to control what you ate and wore, according to your position in the God-given hierarchy, which stretched from the king at the top, down through the numerous grades of nobility and clergy, to the gentry, yeomen and finally the labourers at the bottom of the heap. Of course, for the poorest, sumptuary laws were not terribly relevant. Labourers would not often be able to afford more than pottage – the staple dish – and you could eat as much of that as your budget would allow. The rich ate pottage too, but instead of what was basically cabbage soup with some barley or oats – and a sniff of bacon if you were lucky – a nobleman’s pottage might contain almonds, ginger and saffron, as well as wine. Four seasons Seasonality was a major factor in 16th-century diets. Challange Star: A Tudor Christmas. Long before the birth of Christ, midwinter had always been a time for merry making by the masses. 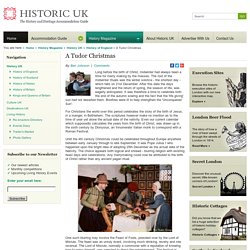 The root of the midwinter rituals was the winter solstice - the shortest day - which falls on 21st December. After this date the days lengthened and the return of spring, the season of life, was eagerly anticipated. It was therefore a time to celebrate both the end of the autumn sowing and the fact that the 'life giving' sun had not deserted them. Bonfires were lit to help strengthen the 'Unconquered Sun'. For Christians the world over this period celebrates the story of the birth of Jesus, in a manger, in Bethlehem.

Until the 4th century Christmas could be celebrated throughout Europe anywhere between early January through to late September. Challange Star: Elizabethan Superstitions. Ignorance and fear of the unknown combined with a false conception of causation and cessation resulted in many Elizabethan superstitions. 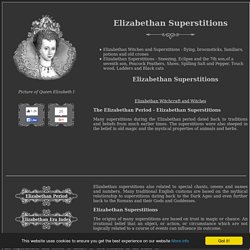 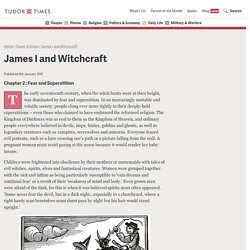 In an increasingly unstable and volatile society, people clung ever more tightly to their deeply-held superstitions – even those who claimed to have embraced the reformed religion. The Kingdom of Darkness was as real to them as the Kingdom of Heaven, and ordinary people everywhere believed in devils, imps, fairies, goblins and ghosts, as well as legendary creatures such as vampires, werewolves and unicorns. Everyone feared evil portents, such as a hare crossing one's path or a picture falling from the wall. A pregnant woman must avoid gazing at the moon because it would render her baby insane. Children were frightened into obedience by their mothers or nursemaids with tales of evil witches, spirits, elves and fantastical creatures. There was thus a fertile ground for James's witch hunting beliefs to take hold. Challange Star Halloween Special: Was Halloween Started by the Tudors? - Tudors Dynasty. History of Halloween Over 2,000 years ago the Celts celebrated summer’s end, or Samhain (pronounced /ˈsɑːwɪn/ SAH-win) on the 1st of November which marked the end of harvest and the beginning of winter. 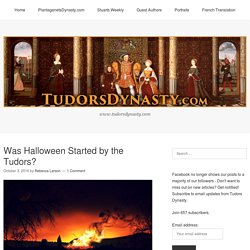 The night before Samhain, people believed the dead returned as ghosts. By leaving food and wine on their doorstep they would keep the ghosts away – they also dressed in disguise to blend in with the ghosts who walked among them. The Christian Church turned Samhain into All Saints Day and in the 8th century All Saints Day became known as All Hallows.

That was when October 31st became All Hallow’s Eve.