"I Only Came To Use The Phone" 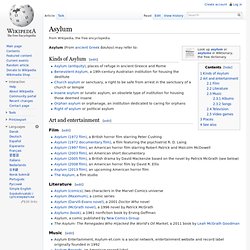 History of psychiatric institutions. The rise of the lunatic asylum and its gradual transformation into, and eventual replacement by, the modern psychiatric hospital, explains the rise of organized, institutional psychiatry. 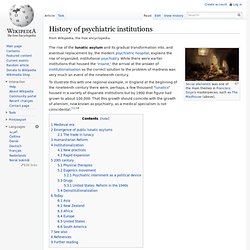 While there were earlier institutions that housed the 'insane,' the arrival at the answer of institutionalisation as the correct solution to the problem of madness was very much an event of the nineteenth century. To illustrate this with one regional example, in England at the beginning of the nineteenth century there were, perhaps, a few thousand "lunatics" housed in a variety of disparate institutions but by 1900 that figure had grown to about 100,000. That this growth should coincide with the growth of alienism, now known as psychiatry, as a medical specialism is not coincidental.[1]:14 Medieval era[edit] Asylum (antiquity) In Ancient Greece and Ancient Rome, places existed where people facing persecution could seek refuge. 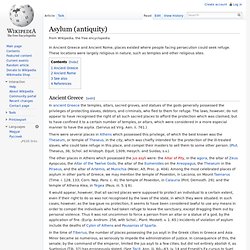 These locations were largely religious in nature, such as temples and other religious sites. In ancient Greece the temples, altars, sacred groves, and statues of the gods generally possessed the privileges of protecting slaves, debtors, and criminals, who fled to them for refuge. Asylum (1972. Sherwin Nuland: How electroshock therapy changed me. Elyn Saks: A tale of mental illness. R. D. Laing. Ronald David Laing (7 October 1927 – 23 August 1989), usually cited as R. 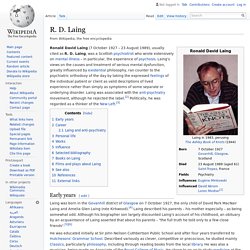 D. Eleanor Longden: The voices in my head. The Autumn of the Patriarch. "When I sit down to write" Strange Pilgrims. First edition Strange Pilgrims (original Spanish-language title: Doce cuentos peregrinos) is a collection of twelve loosely-related short stories by the Nobel Prize winning Colombian writer Gabriel García Márquez. 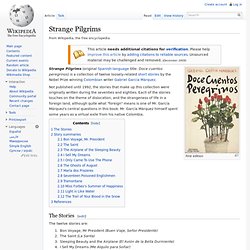 Not published until 1992, the stories that make up this collection were originally written during the seventies and eighties. Each of the stories touches on the theme of dislocation, and the strangeness of life in a foreign land, although quite what "foreign" means is one of Mr. García Márquez's central questions in this book. Mr. The Stories[edit] "When I sit down to write" Gabriel García Márquez's writing career ended by dementia. The Nobel prizewinning author Gabriel García Márquez is suffering from senile dementia and can no longer write, his brother has revealed. 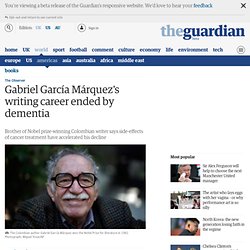 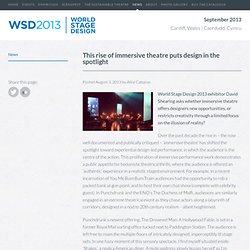 Over the past decade the rise in – the now well documented and publically critiqued – ‘immersive theatre’ has shifted the spotlight toward experiential design-led performance, in which the audience is the centre of the action. This proliferation of immersive performance work demonstrates a public appetite for hedonistic theatrical thrills, where the audience is offered an ‘authentic’ experience in a realistic staged environment. 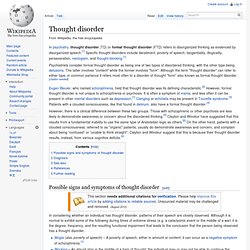 The latter involves "content" while the former involves "form". Although the term "thought disorder" can refer to either type, in common parlance it refers most often to a disorder of thought "form" also known as formal thought disorder. [citation needed] PATIENCE (AFTER SEBALD) I Official UK Trailer. Association (psychology) The following discussion assumes the point of view of associationistic theory. 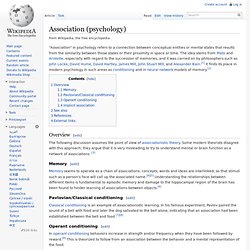 Some modern theorists disagree with this approach; they argue that it is very misleading to try to understand mental or brain function as a network of associations .[3] Memory seems to operate as a chain of associations: concepts, words and ideas are interlinked, so that stimuli such as a person’s face will call up the associated name.[4][5] Understanding the relationships between different items is fundamental to episodic memory and damage to the hippocampal region of the brain has been found to hinder learning of associations between objects.[6]

David Hume. First published Mon Feb 26, 2001; substantive revision Fri May 15, 2009 The most important philosopher ever to write in English, David Hume (1711-1776) — the last of the great triumvirate of “British empiricists” — was also well-known in his own time as an historian and essayist. 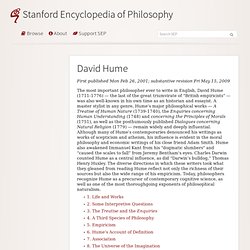 A master stylist in any genre, Hume's major philosophical works — A Treatise of Human Nature (1739-1740), the Enquiries concerning Human Understanding (1748) and concerning the Principles of Morals (1751), as well as the posthumously published Dialogues concerning Natural Religion (1779) — remain widely and deeply influential. Although many of Hume's contemporaries denounced his writings as works of scepticism and atheism, his influence is evident in the moral philosophy and economic writings of his close friend Adam Smith. Samuel Beckett: Quad I+II (play for TV) William S. Burroughs on the Art of Cut-up Writing. In late 1920, the Dadaist writer Tristan Tzara wrote "dada manifesto on feeble love and bitter love," which included a section called "To Make a Dadaist Poem," and it gave these instructions: Take a newspaper.

Take some scissors. The latest music blogs, free MP3s, best new bands, music videos, movie trailers and news analysis. The V&A museum's David Bowie exhibition is a triumph, packed with costumes and one-off artefacts from Bowie's own collection and curated with great reverence, just like a career retrospective for any great artist should be. A showman like Bowie would approve of its crescendo-like finale too, but you won't get any spoilers here. Instead, here are 25 things NME learned from the exhibition. 'The Next Day' album cover alternatives Other designs considered for the already-iconic 'The Next Day' sleeve featured different disfigured Bowie sleeves.

One had 'Pin-Ups' with three black blobs suggesting a vague Mickey Mouse shape obscuring the image. Burroughs-cutup. In writing this chapter I have used what I call "the fold in" method that is I place a page of one text folded down the middle on a page of another text (my own or someone else's)--The composite text is read across half from one text and half from the other-- The resulting material is edited, re-arranged, and deleted as in any other form of composition--This chapter contains fold ins with the work of Rimbaud, T.S. Eliot, Paul Bowles, James Joyce, Michael Portman, Peter Weber, Fabrizio Mondadori, Jacques Stern, Evgeny Yevtushenko, some newspaper articles and of course my own work-- At a surrealist rally in the 1920's Tristan Tzara the man from nowhere proposed to create a poem on the spot by pulling words out of a hat.

A riot ensued wrecked the theatre. Andre Breton expelled Tristan Tzara from the movement and grounded the cut ups on the Freudian couch. In the summer of 1959 Brion Gysin painter and writer cut newspaper articles into sections and rearranged the sections at random. Autoteatro. Uncreative Writing: Redefining Language and Authorship in the Digital Age. By Maria Popova “An updated notion of genius would have to center around one’s mastery of information and its dissemination.” “And your way, is it really YOUR way?

,” Henry Miller famously asked. "Uncreativity as Creative Practice" Kenneth Goldsmith. William Kentridge. "I do believe that art changes the world but" Jean Louis André Théodore Géricault French, 1791-1824 Head of a Guillotined Man, 1818:19. "I mean that’s what every artist does is use other peoples pain as well as their own as raw material" Greil Marcus on the artificial divide between "high" and "low" art by brainpicker. "What’s the impulse behind art?" "That’s what art does, that’s what it’s for" "I think we all have this little theatre on top of our shoulders" Third Ear. Headphones.