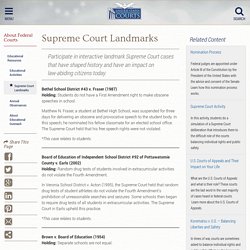 Our Documents - 100 Milestone Documents. The following is a list of 100 milestone documents, compiled by the National Archives and Records Administration, and drawn primarily from its nationwide holdings. 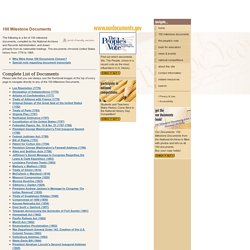 The documents chronicle United States history from 1776 to 1965. Complete List of Documents Please note that you can always use the thumbnail images at the top of every page to navigate directly to any of the 100 Milestone Documents. United States Holocaust Memorial Museum. Latin American History. Watch Online Free: Modern Sweatshops (Clip 4 of 5) Song about colonies. Middle School: Voting and Election Lesson Plans and Classroom Activities. Bill of (Your) Rights - Song with Free Worksheets and Activities. African American Odyssey: The Civil Rights Era (Part 1) The post-war era marked a period of unprecedented energy against the second class citizenship accorded to African Americans in many parts of the nation. 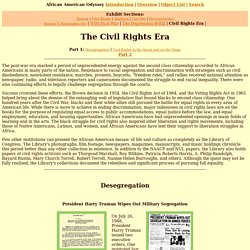 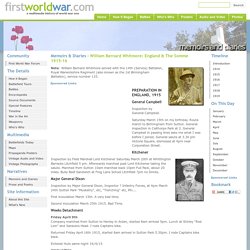 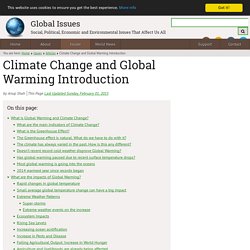 Global warming and climate change refer to an increase in average global temperatures. Natural events and human activities are believed to be contributing to an increase in average global temperatures. This is caused primarily by increases in greenhouse gases such as Carbon Dioxide (CO2). A warming planet thus leads to a change in climate which can affect weather in various ways, as discussed further below. What are the main indicators of Climate Change? The worst genocides of the 20th and 21st Century. "Did You Know?/Shift Happens" (Version 6, 2012) 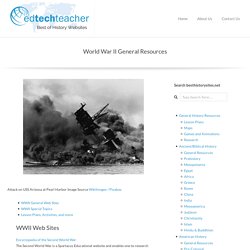 The sources are “hypertexted” so that the visitor can research the newspaper, organization, etc., that produced the source. There are several subsections including those on: Background to the War; Nazi Germany, Chronology of the War, Political Leaders, European Diplomacy, Major Offensives, British Military Leaders, USA Military Leaders, German Military Leaders, Japanese Military Leaders, The Armed Forces, The Air War, The Resistance, Scientists & Inventors, War at Sea, Resistance in Nazi Germany, The Holocaust, War Artists, Weapons and New Technology. HyperWar: World War II Hyper War is a “hypertext” history of the second World War and features diplomatic and political documents. World War II Sites This site serves as a gateway to World War II sites appropriate for students and teachers.

U.S. History and Current Issues for the Classroom. Pinterest. EconEdLink. The Dangers of Credit Cards. Credit cards are potentially dangerous, especially for new credit card users who may be fascinated by the allure of what seems like “free” money. 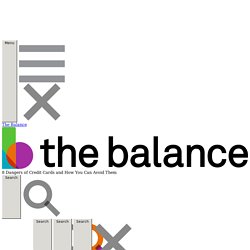 Even some experienced credit card users still fall into credit card traps. If you’re thinking about getting a credit card – or wondering whether to drop your credit cards – understanding the dangers that come along with credit cards can help you cultivate better credit card habits. Generation Money: Credit and Debt. EconEdLink. 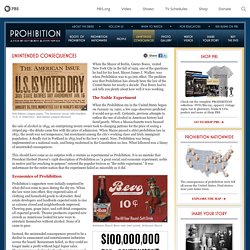 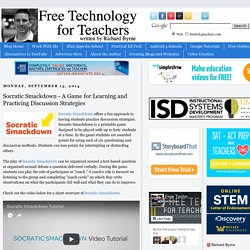 Socratic Smackdown is a printable game designed to be played with up to forty students at a time. Personal Narratives. Role playing for history. Living History: Role-Play Ideas for American History Lesson Plans. Museums and Reenactments If a museum that offers the opportunity for students to participate in live reenactments is an option, then teachers should contact the museum about what exactly they offer. 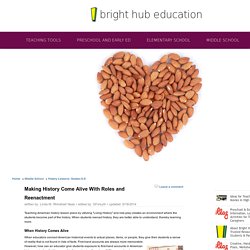 Some museums have volunteers who are costumed as various historic figures or people from the particular historic period with which the students can interact, asking questions and observing. Teaching and Learning at a Distance: Course Activities: Role Playing, Scenarios, and Simulations. ProCon.org - Pros and Cons of Controversial Issues.

7 Responsibilities You Have As An American - John Hawkins. You hear a lot about "rights" in America. Log in to NoRedInk. Smithsonian Institution. Battling Fake News in the Classroom. In this post-election period, there has been a lot of discussion about fake news, particularly about how it is spread and shared online, and whether it influenced the recent presidential election. On November 22, Stanford University released an influential study showing that middle and high school students—and even some in college—have trouble distinguishing which online resources are credible. The Library of Congress. Curriculum. Ten Myths About Immigration. 10 Great Ways that Educators are Using LiveBinders. SS Standards. Congress for Kids - Interactive, Fun-filled Experiences About the Federal Government.