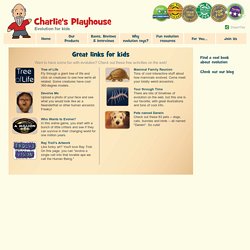 Some creatures have cool 360-degree models. Devolve Me Upload a photo of your face and see what you would look like as a Neanderthal or other human ancestor. Freaky! Who Wants to Evolve? In this online game, you start with a bunch of little critters and see if they can survive in their changing world for one million years. CLIL. ARKive - Discover the world's most endangered species.

Web resources for Science teaching. Exhibits Collection. New Englanders have a saying: "If you don't like the weather, just wait a minute. 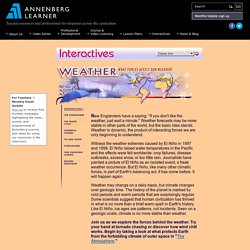 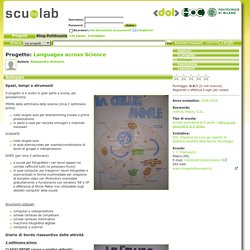 Metamorphosis. Mr. Mejia's 5th Grade Classroom / Ecosystems: Science Games. Kid's Corner - Main Page on Animal Classification - Mammals, Reptiles, Birds, Amphibians and Fish. Science. Early Theories of Evolution: Darwin and Natural Selection. Most educated people in Europe and the Americas during the 19th century had their first full exposure to the concept of evolution through the writings of Charles Darwin . 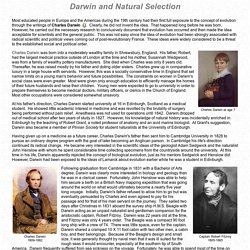 Clearly, he did not invent the idea. That happened long before he was born. However, he carried out the necessary research to conclusively document that evolution has occurred and then made the idea acceptable for scientists and the general public. This was not easy since the idea of evolution had been strongly associated with radical scientific and political views coming out of post-revolutionary France. These ideas were widely considered to be a threat to the established social and political order. Darwin came to understand that any population consists of individuals that are all slightly different from one another. GCSE Bitesize: Evidence for Darwin's theory of evolution. Evolution activities - Charlie's Playhouse.

Weather Wiz Kids weather information for kids. Why do clouds form at different heights in the atmosphere? 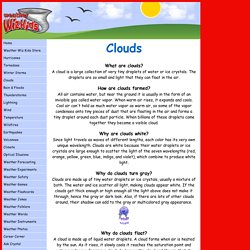 The characteristics of clouds are dictated by the elements available, including the amount of water vapor, the temperatures at that height, the wind, and the interplay of other air masses. How is fog formed? There are many different types of fog, but fog is mostly formed when southerly winds bring warm, moist air into a region, possibly ending a cold outbreak. 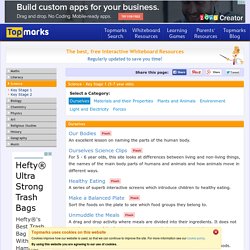 Ourselves Science ClipsFlash For 5 - 6 year olds, this site looks at differences between living and non-living things, the names of the main body parts of humans and animals and how animals move in different ways. Healthy EatingFlash A series of superb interactive screens which introduce children to healthy eating. Make a Balanced PlateFlash Sort the foods on the plate to see which food groups they belong to. Unmuddle the MealsFlash A drag and drop activity where meals are divided into their ingredients. A Healthy LunchboxFlash Select items for a healthy lunchbox by dragging and dropping the various foods. Farm to Fork ChallengeFlash A game where children see if they know the stages that food goes through from the farm to their plate. Listen and MatchFlash A matching sounds game.