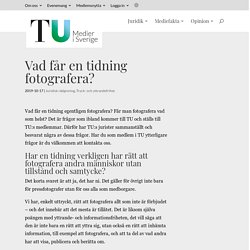 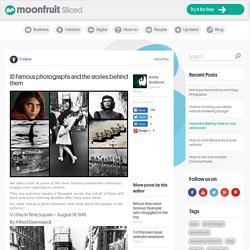 They say a picture speaks a thousand words, but not all of them still have everyone listening decades after they were taken. So, what makes a photo timeless? And what about the people in the pictures? V-J Day in Time Square – August 14, 1945 By Alfred Eisenstaedt Taken during the ‘Victory over Japan’ parade in New York, the picture depicts a returning sailor kissing a nurse. Exactly, who the lovely couple were remained a mystery for some time, until the photographer was contacted in the 1970s by one Edith Shain. According to Shain, she had been at work at the nearby hospital, when she heard that the war was over and headed to Times Square to join in the celebrations. As for the sailor himself. Afghan girl – December 1984 By Steve McCurry They now remain in regular contact. The Surgeons Photograph – April 1934 By Dr. Lunch atop a Skyscraper – September 20th 1932. 25 of the most iconic photographs.

Following a crackdown that resulted in the deaths of hundreds of student demonstrators in Beijing, a lone Chinese protester steps in front of People's Liberation Army tanks in Tiananmen Squarein 1989. 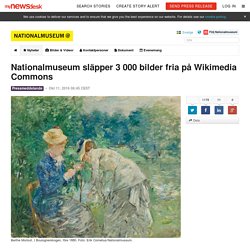 M.facebook. The Most Influential Images of All Time. Stanley Forman was working for the Boston Herald American on July 22, 1975, when he got a call about a fire on Marlborough Street. 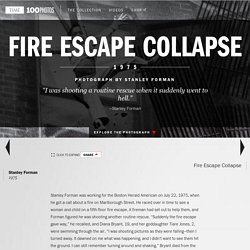 He raced over in time to see a woman and child on a fifth-floor fire escape. A fireman had set out to help them, and Forman figured he was shooting another routine rescue. “Suddenly the fire escape gave way,” he recalled, and Diana Bryant, 19, and her goddaughter Tiare Jones, 2, were swimming through the air. “I was shooting pictures as they were falling—then I turned away. It dawned on me what was happening, and I didn’t want to see them hit the ground. TIME 100 Photos Explore more iconic images that changed the world.Visit the TIME Shop to purchase prints, posters and more. National Geographic Photo of the Day. 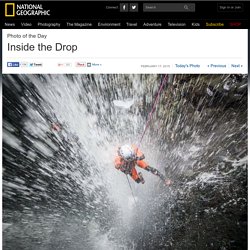 I had seen and taken plenty of shots from the top or bottom of a waterfall but never from the inside of one,” writes Gus Schiavon, who submitted this photo to a recent Your Shot assignment. Scandinavia at Night. Astronauts aboard the International Space Station took this photograph of southern Scandinavia just before midnight on April 3, 2015. 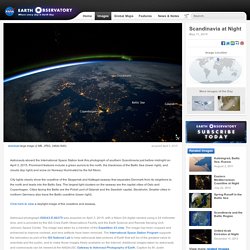 Prominent features include a green aurora to the north, the blackness of the Baltic Sea (lower right), and clouds (top right) and snow (in Norway) illuminated by the full Moon. City lights clearly show the coastline of the Skagerrak and Kattegat seaway that separates Denmark from its neighbors to the north and leads into the Baltic Sea. The largest light clusters on the seaway are the capital cities of Oslo and Copenhagen. Cities facing the Baltic are the Polish port of Gdansk and the Swedish capital, Stockholm. Smaller cities in northern Germany also trace the Baltic coastline (lower right). Click here to view a daylight image of the coastline and seaway. Instrument(s): ISS - Digital Camera. Literacy Through Photography for English-Language Learners. Enter most schools and you will hear about literacy instruction or the "literacy block. 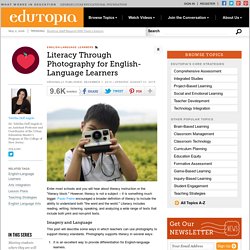 " However, literacy is not a subject -- it is something much bigger. Paulo Freire encouraged a broader definition of literacy to include the ability to understand both "the word and the world. " Literacy includes reading, writing, listening, speaking, and analyzing a wide range of texts that include both print and non-print texts. Imagery and Language This post will describe some ways in which teachers can use photography to support literacy standards.

It is an excellent way to provide differentiation for English-language learners. This methodology is based on the work of Wendy Ewald, who writes extensively about literacy through photography. The use of photographs provides a novel way to engage in analyzing text. 5 Photo-Based Strategies.