CD Tray Fight. The Flip Ship. The FLIP Research Vessel (FLoating Instrument Platform) is the only ship in the world with the ability to flip from a horizontal to vertical position while at sea (at least on purpose). 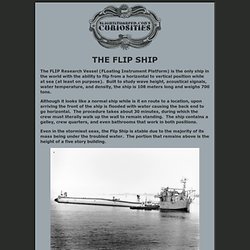 Built to study wave height, acoustical signals, water temperature, and density, the ship is 108 meters long and weighs 700 tons. Although it looks like a normal ship while is it en route to a location, upon arriving the front of the ship is flooded with water causing the back end to go horizontal. The procedure takes about 30 minutes, during which the crew must literally walk up the wall to remain standing. Japan Beach... Here's another nice piece of engineering and construction.This time the locale is JAPAN. 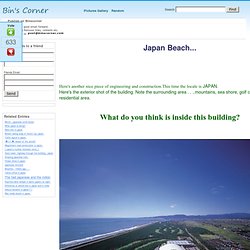 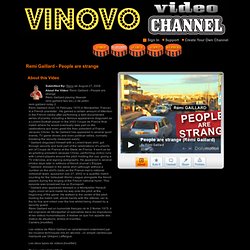 He gained a certain amount of attention in the French media after performing a well-documented series of pranks, including a famous appearance disguised as a Lorient football player in the 2002 Coupe de France final match where he would eventually take part on the celebrations and even greet the then president of France Jacques Chirac. So far Gaillard has appeared in several sport events, TV game shows and even political rallies, normally breaking the security measures easily. * Gaillard disguised himself with a Lorient team shirt, got through security and took part of the celebrations of Lorient's win of Coupe de France at the Stade de France. Les deux types de vidéos [modifier] The Unemployed Philosophers Guild, Give the thoughtful gift because the unexamined gift is not worth giving. Top 100 April Fool's Day Hoaxes Of All Time. 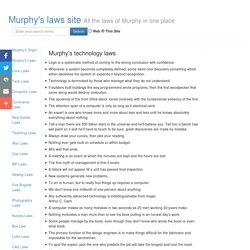 Whenever a system becomes completely defined, some damn fool discovers something which either abolishes the system or expands it beyond recognition. Technology is dominated by those who manage what they do not understand. If builders built buildings the way programmers wrote programs, then the first woodpecker that came along would destroy civilization. Welcome to Islandgram.com - Messages in a Bottle fun in the sun! Create your own Piccassohead. Mental Health Humor. I Has A Hotdog - Loldogs n Cute Puppies - funny dog pictures. 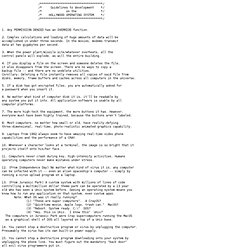 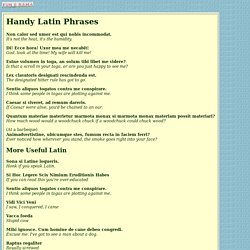 Haiku Writer by TriviaPark.com. (17-syllable chunks of exquisite beauty from a bottomless well of bits.) 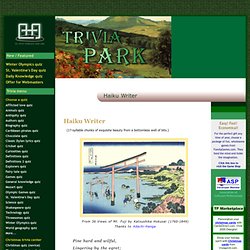 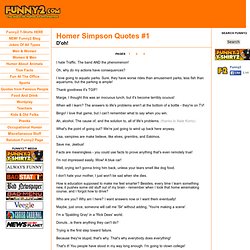 I hate Traffic. Error Message Generator. Romanesque-partner agitato-retired Visit the Gallery of Errors or create your own error message here Copy this link to send this page to a friend: Do not link directly to the image! 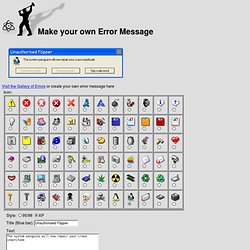 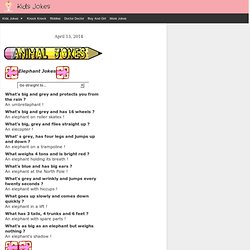