The Second World War : the fight for liberty 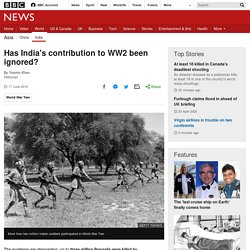 South Asia was transformed dramatically during the war years as India became a vast garrison and supply-ground for the war against the Japanese in South-East Asia. Yet, this part of the British Empire's history is only just emerging. By looking beyond the statistics to the stories of individual lives the Indian role in the war becomes truly meaningful. Has the massive South Asian contribution to the World War Two been overlooked? In some ways, it hasn't. Everyone has heard of the Gurkhas and many people have heard something of the role of Indian soldiers at major battles like Tobruk, Monte Cassino, Kohima and Imphal.

Untold stories. - Art et guerre - Essai - "Finest hour": le Commonwealth britannique en guerre. Download "Finest hour": the British Commonwealth at war (Complete version) in PDF format (110Kb) Britain and the dominion nations were the only powers that fought in the war from its beginning in September 1939 to its end in August 1945. 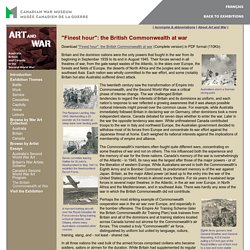 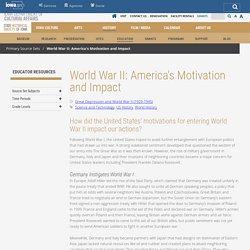 Following World War I, the United States hoped to avoid further entanglement with European politics that had drawn us into war. A strong isolationist sentiment developed that questioned the wisdom of our entry into The Great War as it was then known. However, the rise of military government in Germany, Italy and Japan and their invasions of neighboring countries became a major concern for United States leaders including President Franklin Delano Roosevelt. Germany Instigates World War I In Europe, Adolf Hitler led the rise of the Nazi Party, which claimed that Germany was treated unfairly in the peace treaty that ended WWI. Meanwhile, Germany and Italy became partners with Japan that had designs on domination of Eastern Asia.

American Offensive in European and Pacific Fronts Instead of putting all its efforts to fight Japan, the United States made Europe its first priority. The Life of Churchill Archives - The International Churchill Society. What makes him relevant in the 21st century? 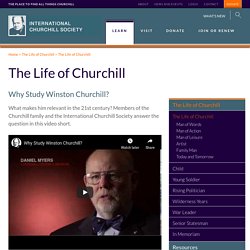