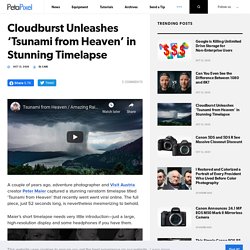 That's it. That's the Bambi remake.… Tina sur Twitter : "What in your life is calling you, When all the noise is silenced, The meetings adjourned... The lists laid aside And the Wild Iris blooms by itself ln the dark forest...? What still pulls on your soul? (Rumi) this morning...… No matter how cool you think you are you will never be as cool as Cary Grant contemplating the rain in Glasgow in 1958.…

Stayed at home #FridayFeeling #QuaratineLife… Tina sur Twitter : "I'm glad you do □ The quote is from Alain de Botton's book, The Architecture of Happiness. And Matteo Massagrande's painting style is so special! The depth, the light, the details are fantastic. I just can't get enough of these paintin. A scene of an artist painting a seal of chastity on his wife, from a tale by Jean de La Fontaine, by Pierre Subleyras, (1732).… National Gallery of Ireland sur Twitter : "Lots of us are feeling understandably anxious and unmoored at the moment. We usually run mindfulness tours in the Gallery, and we're very happy to bring these online while we're closed, with a series about Mindfu.

L'albero solitario... La solitudine non deve farci paura ma arricchirci.. #mantova #mantua #CasaLettori #ZenQuotidiano #4aprile @CasaLettori… "Time does not move in a progressive way; rather, all moments touch and communicate as a gleaming network of roots beneath a forest which it is possible to sense, even as we help to compose it. I want this. □… There are few things I like more than sinking into the depths of a massive book. Monsters ahead. I have come across a series of interpretations of famous figures as they would look today. Here’s Julius Caesar looking like he enjoys a flat white and works as a senior manager in Google… Surrounded by colour at sunset.… Fr though i have never seen waves like this in my 20 years of living here…

I want to only see this kind of content forever. My kid's new code for needing a poo is to stare into the middle distance and then declare "my kingdom needs me" before hurrying out of the room. Here are the Biblical Wonders Trump Just Threatened to Bomb in Iran. FOR SALE. Antique german porcelain figurine, depicting a blue dog sniffing a ginger boys ringpiece £100. A perfect addition to grandma's china cabinet.… Robert Macfarlane sur Twitter : "On the Winter Solstice—the solar year’s end—two bookish questions: What were the best books, new or old, you read this year? And—naming & celebrating artists & designers—what were the best book covers/jackets for you this.

#photography #switzerland #leman Une plage en hiver… Biagio Angrisani sur Twitter : "I want to say something but shame prevents me yet if you had a desire for good or beautiful things and your tongue were not concocting some evil to say, shame would not hold down your eyes but rather you would speak about w. Mont Saint-Michel. Normandy, France. A history lesson for people who think that history doesn't matter: What's the big deal about railroad tracks? The US standard railroad gauge (distance between the rails) is 4 feet, 8.5 inches. That's an exceedingly odd number. Why was that gauge used? Wel.

John Milton's Hand Annotated Copy of Shakespeare's First Folio: A New Discovery by a Cambridge Scholar. I need a favour.....… Amazing images… I feel like I'm constantly explaining these to the people around me. Here's your guide :-)… Не дороги , а испытание жизни...… Anne Carson, The Art of Poetry No. 88. A History of English Poetry in 8 Short Poems – Interesting Literature. A survey of the key moments in English poetry, told through 8 short famous poems English poetry is a broad field, so any attempt to tell its history in a short blog post is going to have to paint pretty broad brush strokes. 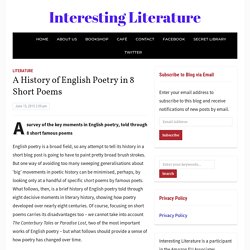 But one way of avoiding too many sweeping generalisations about ‘big’ movements in poetic history can be minimised, perhaps, by looking only at a handful of specific short poems by famous poets. What follows, then, is a brief history of English poetry told through eight decisive moments in literary history, showing how poetry developed over nearly eight centuries. Of course, focusing on short poems carries its disadvantages too – we cannot take into account The Canterbury Tales or Paradise Lost, two of the most important works of English poetry – but what follows should provide a sense of how poetry has changed over time. Anonymous, ‘Fowls in the Frith’.

Foulës in the frith, The fishës in the flod, And I mon waxë wod; Much sorwe I walkë with For beste of bon and blod. Saxon Henry sur Twitter : "Percy Bysshe Shelley died #OTD yesterday: He taught me that learning from writers of the past requires that we go beyond studying their poetry & fiction to glean wisdom from anecdotes they share about their work or their lives h. Robert Macfarlane sur Twitter : "This essay on The Lost Words, by the great @brainpicker, weaving together Woolf & Rachel Carson, Thoreau & Muir, Sontag & Whitman, is one of the best things ever written on our book, made by a mind that constellates & illu.

BBC Four - The River: A Year in the Life of the Tay. Medieval badge depicting "Queen Cunt carried by Three Dicks, Portfolio Carmel sur Twitter : "To become obscure among human beings, but clearer in all relations, to become the night, thickening to mist over the water, vanishing with first light of morning. — Kevin Killian — thx @POETSorg. Home - Flower Fairies. Venice Art Guide sur Twitter : "On the 25 June 1678, at 9 am Elena Corner (or Cornaro) Piscopia became the first woman graduate in the world, at the University of Padua. Here are five things you should know about the first woman to receive a PhD. Emma ferrero sur Twitter : "Il mio cuore è un pozzo di parole in lotta per emergere. Dita impazienti le hanno colte leggere, piene di tenerezza. Montserrat Abelló #CentoPagineDAmore #CasaLettori @CasaLettori Charles Weed #paintings… A revolution in time. What year is it? 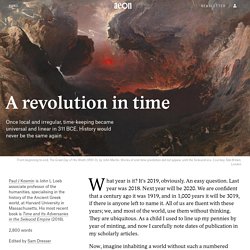 It’s 2019, obviously. An easy question. Last year was 2018. Next year will be 2020. We are confident that a century ago it was 1919, and in 1,000 years it will be 3019, if there is anyone left to name it. Now, imagine inhabiting a world without such a numbered timeline for ordering current events, memories and future hopes. In ancient Mesopotamia, years could be designated by an outstanding event of the preceding 12 months: something could be said to happen, for instance, in the year when king Naram-Sin reached the sources of the Tigris and Euphrates river, or when king Enlil-bani made for the god Ninurta three very large copper statues.

Each of these systems was geographically localised. Where we would write, simply, ‘431 BCE’, Thucydides was obliged to synchronise the first shot of war to non-overlapping diplomatic, religious, civic, military, seasonal and hourly data points. The Little Boat Corsica Hélène Vallas… Un chef-d'œuvre de la nature qui inspire la crainte dans le cœur humain… Does anyone know of a place where you can enter a word root or a Greek/Latin word and see a bunch of current English words derived from it? Sort of a reverse etymology look-up? I would LOVE to have one! Very interesting account of her self, poetry and other related themes. I found some cultural references very useful; such as status of women. Intriguing insights on sexuality, Che vantaggio c'è a comandare se devi rinunciare alla libertà? #incantevoleAprile #vonArnim #photography…

Great to see such enthusiasm.… #BookIllustrationOfTheDay is by Mervyn Peake, for "Captain Slaughterboard Drops Anchor. VenetiaJane's Garden sur Twitter : "Tulips in a tree! From the moment the Liriodendron tulipifera unfurls its buttery buds in spring it is a tree that demands your attention. In summer it produces stunning tulip-like flowers followed in autumn by regal, c. " I must go in, the fog is rising. " - Emily Dickinson photo, Tunguska… C.P. Cavafy sur Twitter : "“Melancholy, I went out onto the balcony— I went out so I might clear my head by seeing at least a little of this city that I love, a little movement in the street and in the shops.” – C.P. Cavafy [View from a window of the Abba.

Phil Rosenthal sur Twitter : "OFFICIAL RULES: Post a video on Instagram, no longer than a minute, tagging (phil.rosenthal) and #IWantToFeedPhil. Tell us why I should come visit you, your family, a restaurant, or any place anywhere in the world. Winners an. Andrew Sharpe sur Twitter : "2 years ago today, Tom and I scaled Mam Tor In the Peak District in the dark, to try to capture dawn over the Great Ridge and Hope Valley. It was freezing, blowing a gale, and the cloud was completely unbroken. But we persever. When less is more #GlennGould plays on #JohannSebastianBach birthday! with Leonard Bernstein… Articles : Ladybird Books. View current stock of C.F. 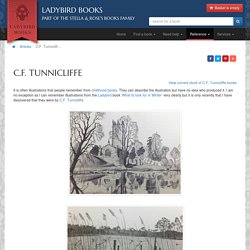 Tunnicliffe books It is often illustrations that people remember from childhood books. They can describe the illustration but have no idea who produced it. Pseudoarchaeology and the Racism Behind Ancient Aliens. At the ancient site of Hatnub, a quarry in the eastern Egyptian desert not far from Faiyum, archaeologists have recently discovered a sled ramp system used to transport alabaster blocks. 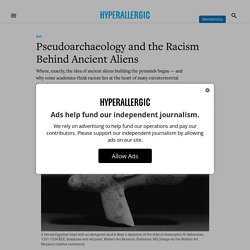 Post holes and a ramp with stairs on either side indicate that the contraption allowed Egyptian builders to move heavy blocks up and down steep slopes. Inscriptions have now helped archaeologists from the Institut français d’archéologie orientale and the University of Liverpool to date this groundbreaking technology to at least the reign of Khufu, who ruled from 2589–2566 BCE. Khufu is known as the pharaoh who likely commissioned the building of the Great Pyramid at Giza.

Discovery and reconstruction of the ramp allows us to better understand ancient construction techniques. It also chips away at the long-held but fringe theory that the blocks were so heavy and the distances they would have to travel so lengthy that aliens must have built the pyramids. Cormorant fishermen in Li River. by Martin Puddy… Catherine Deneuve On the set of Et Satan conduit le bal South of France 1962…

“So much of her time spent like this, dreaming up things to say and never quite saying them” Colum McCann Photography © Lee Friedlander Maria NewYork 1959… Brilliant.… There’s an awful dose doing the rounds… Does not everything depend on our interpretation of the silence around us? ― Lawrence Durrell, Justine Photo. December 2018. From moonrise in complete darkness to dawn on Christmas Day.… Anton Chekhov (1891, photographed by his brother, Alexander). So strangely contemporary in colour…