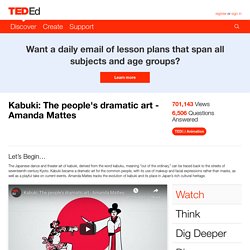 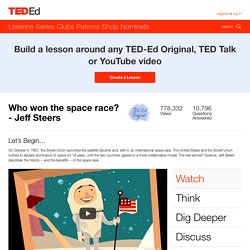 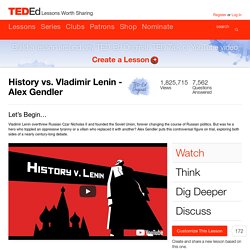 Petersburg, Russia, of peaceful demonstrators marking the beginning of the violent phase of the Russian Revolution of 1905. At the end of the 19th century, industrial workers in Russia had begun to organize; police agents, eager to prevent the Labour Movement from being dominated by revolutionary influences, formed legal labour unions and encouraged the workers to concentrate their energies on making economic gains and to disregard broader social and political problems.The 1905 Russian Revolution was sparked off by a peaceful protest held on January 22nd. The Silk Road: Connecting the ancient world through trade - Globalization: The conceptof interconnectedness through global world trade, often referred to as globalization, is a hot topic of debate today. 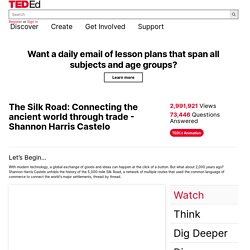 What are the results of modernworld globalization on economy, culture,politics and the environment around the world? Some suggested reading on the issues of globalization: Friedman, Thomas L. The World Is Flat: A Brief Historyof the Twenty-First Century. New York: Farrar, Straus and Giroux, 2005.Print Foer, Franklin. How Soccer Explains the World: An Unlikely Theory of Globalization. Sometimes a single unlikely idea can have massive impact across the world. It may seem that we're living in a borderless world where ideas, goods and people flow freely from nation to nation. As globalization and technological advances bring us hurtling towards a new integrated future, Ian Goldin warns that not all people may benefit equally. The past, present and future of the bubonic plague - Sharon. Sharon N DeWitte (Ph.D., The Pennsylvania State University, 2006) is a biological anthropologist with interests in human osteology, paleodemography, paleoepidemiology, and infectious and epidemic diseases. 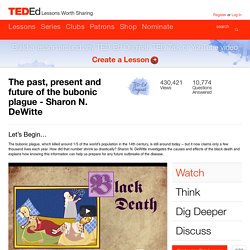 She studies the mortality patterns, and the causes and consequences of medieval plagues, including the Black Death of 1347-1351.She does this by using large skeletal samples from Europe. Dr. DeWitte is particularly interested in how biological and social factors affect an individual’s risk of death during epidemics as devastating as the Black Death.She also studies how and why those risks change over time, and how epidemics shape demography and health. Ed.ted. The Atlantic slave trade: What too few textbooks told you - The Atlantic slave trade sent slaves to various locations in the world. 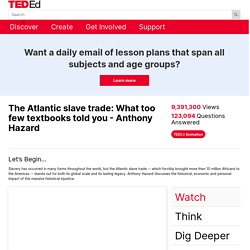 What effect did this forced migration have on these areas? Visit the Mariner’s Museum Captive Passage website. Gain some more perspective on how the slave trade affected the Americas. Then read the transcript or listen to this 15 Minute History podcast and find out more. Are you a visual learner? Gain a greater understanding of life aboard the slave ships at PBS.

What did democracy really mean in Athens? - Melissa. How important is service to your government? 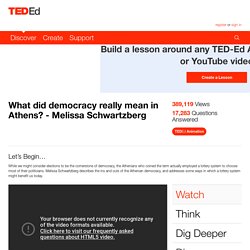 In ancient Greece, it was extremely important. In fact, those who did not participate could be fined, and painted red! Although, it may have not been a democracy for all who lived there, all male citizens had the right to equality, freedom of speech and right to participate in governmental decisions. In fact, it was almost an expectation. Mansa Musa, one of the wealthiest people who ever lived - Mansa Musa and his rich legacy have often been written about by chroniclers and travelers. 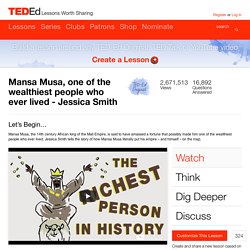 Primary sources are very important tools used to help us learn more about Mansa Musa. Let’s explore some writings that give us more insight on the Kingdom of Mali during the 14th century from people who actually lived closer to that time. When reading these sources, please use your imagination to visualize the imagery expressed in the writing, and make inferences about what Mansa Musa was like as a ruler. In this translated passage from his book “Chronicle of the Seeker” African Muslim scholar Mahmud Kati accounts the events that inspired Mansa Musa to go on his pilgrimage. What were some of those events? According to author Leo Africanus, Mansa Musa’s reign had a lasting impact on Timbuktu. Mali and its king Mansa Musa were elevated to near-legendary status, cemented by their inclusion on the 1375 Catalan Atlas created by cartographer Cresques Abraham. 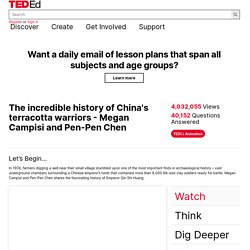 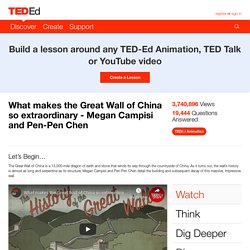 Watch: Deconstructing History: The Great Wall of China. What makes the Great Wall of China so extraordinary - Megan. What are the universal human rights? - Benedetta Berti. Interested in knowing a bit more about international Human Rights Law? In the past decades, the general principles enunciated in the Universal Declaration of Human Rights have given life to a body of law: international human right law. Among the key documents that expand on the UN UDHR are the International Covenant on Civil and Political Rights and the International Covenant on Economic, Social and Cultural Rights, which, together with the UDHR, form the so-called “International Bill of rights.”

Take a look at the ‘core’ human rights instruments and at the UN bodies set up to protect human rights and monitor their implementation. Who was Confucius? - Bryan W. Van Norden. The philosopher Karl Jaspers said that Confucius, Jesus, Socrates, and the Buddha were similar in that each was an “axial figure” in one of the world’s great philosophical or religious traditions, yet we know almost no indisputable facts about any of them. Consequently, almost everything about the life of Confucius (as with Jesus, Socrates, or the Buddha) is controversial.

Most of the quotations you hear attributed to Confucius are made up. Consequently, if you want to know what Confucius actually said, read him yourself. What does it mean to be a refugee? - Benedetta Berti and. To learn more about global forced displacement, a good place to start is the website of the UN Refugee Agency (UNHCR). This includes plenty of information and resources; including a basic explanation of the Refugee Convention and an annual report on patterns of forced displacement. The website also looks at individual stories, trying to match the statistical data with more personal accounts of displacement. To further investigate the challenges faced by those who seek to begin a journey from war to safety, the missing migrants project looks broadly at those—both migrants and refugees—who have died along migratory routes (both at land and at sea). For more detailed information, you can read this report by the International Organization for Migration.

In this TED Talk, Melissa Fleming (UNHCR) tells the story of two refugees and their harrowing journey towards safety. The Egyptian Book of the Dead: A guidebook for the underworld. How did Hitler rise to power? - Alex Gendler and Anthony. There were several key dates in Hitler’s political rise to power. First and foremost, the way World War I ended had a huge influence on these events. The German government surrendered without being militarily defeated. This caused a great deal of frustration and anger amongst the German people. Hitler exploited this to the fullest extent, and used it to discredit and criticize the new Weimar Republic that was created thereafter. The Great Depression was another key event in the story of how Hitler was able to rise to political power in Germany.

While this lesson focuses on Hitler’s rhetoric and exploitation of Germany’s fears in his campaign for power, more information on his life before politics can be found here.