Functional Programming should be your #1 priority for 2015. You probably have heard expressions like “Clojure”, “Scala”, “Erlang” or even “Java now has lambdas”. 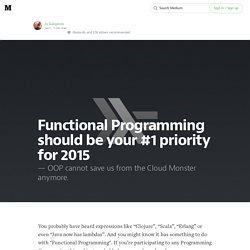 And you might know it has something to do with "Functional Programming". If you’re participating to any Programming Community, this subject probably has popped up already. If you'd google "Functional Programming", you'll see there's nothing new. The second language ever created already embraces it, it appeared in 50's and was named Lisp. Probabilistically Bounded Staleness for Practical Partial Quorums. 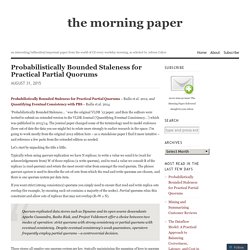 What's new in CPUs since the 80s and how does it affect programmers? This is a response to the following question from David Albert: My mental model of CPUs is stuck in the 1980s: basically boxes that do arithmetic, logic, bit twiddling and shifting, and loading and storing things in memory. 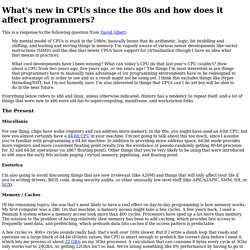 I’m vaguely aware of various newer developments like vector instructions (SIMD) and the idea that newer CPUs have support for virtualization (though I have no idea what that means in practice).What cool developments have I been missing? What can today’s CPU do that last year’s CPU couldn’t? How about a CPU from two years ago, five years ago, or ten years ago? Fenzo: OSS Scheduler for Apache Mesos Frameworks. Bringing Netflix to our millions of subscribers is no easy task. 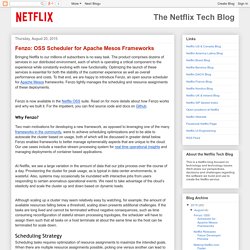 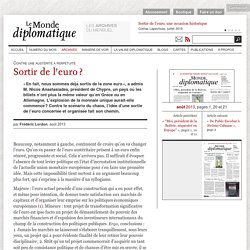 Mobile.nytimes. Until now, every warning about an imminent breakup of the euro has proved wrong. 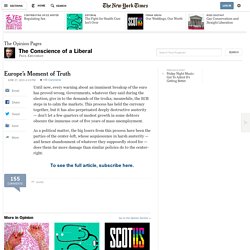 Logical Fallacies: The Fallacy Files. The Software Revolution. In human history, there have been three great technological revolutions and many smaller ones. 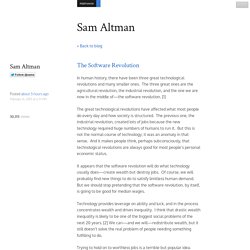 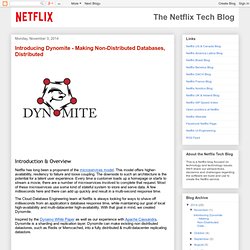 This model offers higher-availability, resiliency to failure and loose coupling. Why Cards Are the Future of the Web. We are currently witnessing a re-architecture of the web, away from pages and destinations, towards completely personalised experiences built on an aggregation of many individual pieces of content. 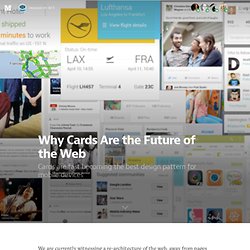 Content being broken down into individual components and re-aggregated is the result of the rise of mobile technologies, billions of screens of all shapes and sizes, and unprecedented access to data from all kinds of sources through APIs and SDKs. This is driving the web away from many pages of content linked together, towards individual pieces of content aggregated together into one experience. The aggregation depends on: Thinking with Type. Why Generation Y Yuppies Are Unhappy. GoodUI. What is Bitcoin? - Bitcoin. The Bitcoin network's process for maintaining the blockchain, the shared record of all Bitcoin transactions, might seem unnecessarily complex. 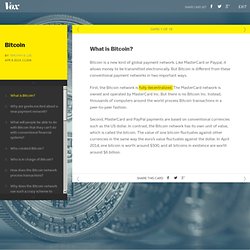 But it accomplishes something that no other payment network has accomplished before: guaranteeing the integrity of the system without a central authority. Until Bitcoin came along, computer scientists working on digital cash were bedeviled by the double-spending problem: how to ensure that the owner of a digital coin didn't defraud the system by spending it twice. Before Bitcoin, the only known way to solve the problem was for a central authority to approve a transaction before it was considered final. Bitcoin is the first electronic system to solve the double-spending problem in a completely decentralized fashion. If someone tries to spend the same bitcoin twice, the network refuses to add the second transaction to the blockchain. Learning Modern 3D Graphics Programming. Martin Thompson Discusses Reactive System Design.

Scala eXchange 2013: Jonas Bonér on The Road. Please log in to view this content. With the advent of mobile devices, NoSQL databases and cloud services, you most likely already have a distributed system at your hands. Distributed computing is the new norm. Writing distributed applications is both more important and more challenging than ever. In this talk Jonas takes you on a journey across the distributed computing landscape. Licences. Marius/funsrv.pdf. Propositions-as-types. Bitcoin. Manvotional: Thoreau on Media and Information Consumption. OpenGL ES 2: How does it draw? UPDATED 24/09/13: Added some essential details to the class files at end of post, and corrected typos UPDATED 24/09/13: Added Github project with full source from this article December 2013: I’ve converted the sample code from these articles into a standalone library on GitHub, with the code from the articles as a Demo app.

Here's Why Box's Aaron Levie Is A Genius.