HuffPost is now part of Verizon Media. Why do we behave the way we do in romantic relationships? 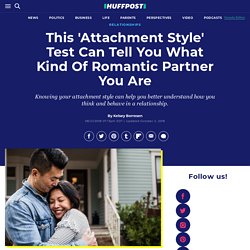 It’s a complicated question, but figuring out our attachment style ― the way we relate to others in intimate relationships ― may help shed some light. In the 1980s, psychologists Cindy Hazan and Phillip Shaver began looking at how attachment theory ― a model that was first applied to infant-caregiver relationships ― could also apply to adult romantic relationships. They determined that the three categories used to describe a child’s bond with a parent ― secure, anxious and avoidant ― pertain to romantic relationships as well.

To figure out your romantic attachment style, which is based on how comfortable you are with intimacy and how anxious you are about the relationship overall, take this short test developed by Dr. Queer Black History- Deep in Vogue: Willi Ninja – My Queer Agenda. Before voguing made it’s mainstream debut via Madonna in 1990 and the classic Jennie Livingston doc Paris is Burning in the same year, voguing was a dance pioneered by black drag queens in the 1960’s NYC Harlem ballroom era. 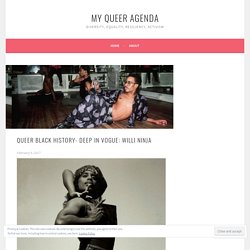 The dance itself began as an admiration of the lifestyle of the rich and the famous, the fifth ave steppers and high fashion magazine models and their poses- hence the name. By the 80’s, as shown in Paris is Burning, the dance evolved into a form of shade and was used to distinguish who was legendary and who wasn’t. HuffPost is now part of Oath. In a healthy relationship, both partners depend on each other equally for love, emotional support and encouragement. 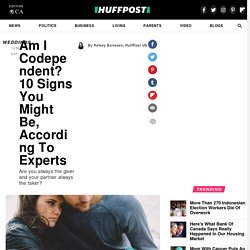 A codependent relationship, by contrast, is one-sided. It’s a dysfunctional dynamic in which one partner disproportionately gives and sacrifices their own wants and needs to please and clean up the mess of the other partner, who often behaves recklessly and rarely offers support in return. In a Psychology Today blog post, Shawn M. This 'Attachment Style' Test Can Tell You What Kind Of Romantic Partner You Are. 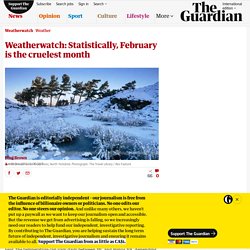 Much depends on the direction of the wind: north and east is generally cold and dry, west and south comparatively mild but often windy and wet. Long-term statistics give averages, and are therefore useless when predicting what the weather will be like on any particular day. Although January and February are on average the coldest months in any year, the temperature can vary daily between 15C and minus 10C depending on the direction of the wind and absence of a warm blanket of cloud. But taking averages over the past 130 years, the 10 coldest days are spread out between 3 January and 20 February. Half of these days are in the first half of January. The coldest day is 17 February with an average minimum of 0.8C and maximum of 6.7C. . … we have a small favour to ask. Potential jobs. Virgos Are Obsessive Nitpickers Easily Overwhelmed by Imperfection.

Measurements. The VICE Guide to Getting Through a Mid-20s Crisis. How to Stop Self-Sabotaging. Howard Rheingold: The new power of collaboration. How much is egg freezing? Why Generation Y is unhappy. Say hi to Lucy.

Lucy is part of Generation Y, the generation born between the late 1970s and the mid 1990s. She’s also part of a yuppie culture that makes up a large portion of Gen Y. I have a term for yuppies in the Gen Y age group—I call them Gen Y Protagonists & Special Yuppies, or GYPSYs. A GYPSY is a unique brand of yuppie, one who thinks they are the main character of a very special story. So Lucy’s enjoying her GYPSY life, and she’s very pleased to be Lucy. Lucy’s kind of unhappy. To get to the bottom of why, we need to define what makes someone happy or unhappy in the first place. It’s pretty straightforward—when the reality of someone’s life is better than they had expected, they’re happy. 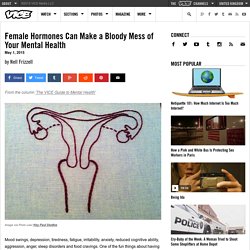 One of the fun things about having a womb is that the aforementioned are simply considered par for the course. That's your lot. Sorry gals, but if you've got the temerity to be biological, then you're also going to have to suffer the psychological. The relationship between female hormones and mental health is a razor-sharp, gravel-scattered line to walk for a woman like me, because of course we should take the time to consider this shit.