Force of Nature - November 2021 - OnMAS. The sensory garden was designed to be full of life. 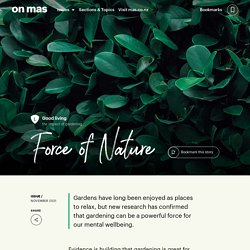 This nature-rich 900 sqm space became full of birdlife, colour and fragrance and offered participants many ways to interact with it. People who spent time there during the study could do anything they wanted except use electronic devices. Participants climbed trees, ate salad leaves, read, ate their lunches and even napped in the space. This was contrasted with an architecturally designed plaza space, full of “crisp lines, sharp edges, trees in straight rows and fixed seating”. The study saw 165 participants aged between 18 and 65 being prescribed 30 minutes in either space once a week for four weeks. “In the sensory garden, we saw remarkable results. Mindfulness is useless in a pandemic. I’d been looking forward to the meal for weeks. 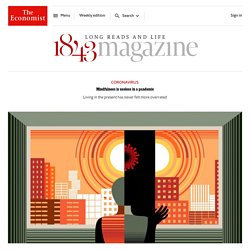 I already knew what I was going to eat: the rosemary crostini starter, then the lamb with courgette fries. Or maybe the cod. Focus on individual wellbeing doesn’t help. At the last moment, I had stuffed K-Punk: The Collected and Unpublished Writings of Mark Fisher into my carry-on case. 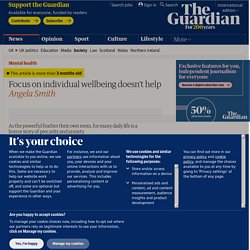 At 817 pages and weighing in at over a kilo, Fisher almost cost me an excess luggage charge. Better to have packed my local bookshop’s most pilfered title, Fisher’s pocket-sized Capitalist Realism: Is There No Alternative? Five Skills We Need for the Year Ahead. I was feeling the weight of 2020 last week when I went to visit Ms. 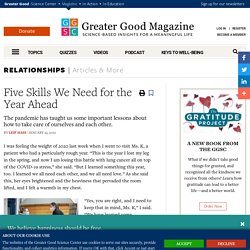 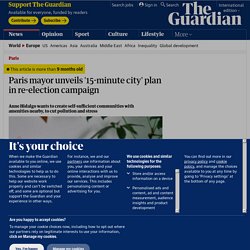 Who cares? - The pandemic shows the urgency of reforming care for the elderly. A connected society: a strategy for tackling loneliness. Why_your_friends_are_more_important_than_you_think. Te Ao Māori Resources. In its simplest term, the Māori definition of whānau means ‘family’ and ‘Ora’ means wellness, so Whānau Ora is referred to as’ Family wellness. 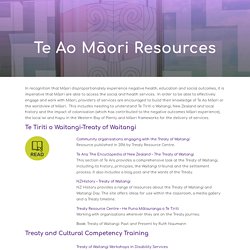 The Whānau Ora approach focuses on building strong trusting relationships, alongside whānau, to facilitate long term sustainable and positive outcomes. There is good evidence of strength-based approaches and practices that focuses on self-determination. Whānau Ora will work in a range of ways, influenced by the approach the whānau chooses to take. Some whānau will want to come up with ways of improving their own lives and may want to work on this with a hapū, iwi or a non‐government organisation (NGO). Other whānau will want to seek help from specialist Whānau Ora providers who will offer wrap-around services tailored to their needs.

Unlike traditional health and social supports, which tend to assist individual family members; whānau ora differs by working with whānau as a whole. What If You Pursued Contentment Rather Than Happiness? It was 2014, and my research team—including the GGSC’s Dacher Keltner—was studying a remote group of former nomads high in the Himalayas of Eastern Bhutan. 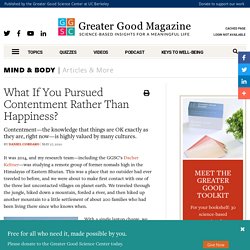 This was a place that no outsider had ever traveled to before, and we were about to make first contact with one of the three last uncontacted villages on planet earth. We traveled through the jungle, hiked down a mountain, forded a river, and then hiked up another mountain to a little settlement of about 200 families who had been living there since who knows when. With a single laptop charge, we conducted the final piece of a five-year study to identify the human emotions that are universal across cultures.

How to Choose a Fulfilling Career. In the years that followed, other researchers pointed out that Mischel’s results were about far more than just willpower; they also involved a child’s family background, socioeconomic circumstances, and other factors. 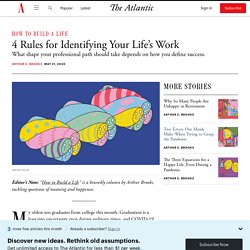 But the implication remained: Good things come to those who wait—and work, and sacrifice, and maybe even suffer. Positive Money Tragedy of Growth Digital Single Pages. Britons want quality of life indicators to take priority over economy. Measures of the UK’s quality of life should replace the publication of purely economic indicators, campaigners and politicians have urged, as polling has found a substantial majority of the public want ministers to focus on improving health and wellbeing over economic growth. 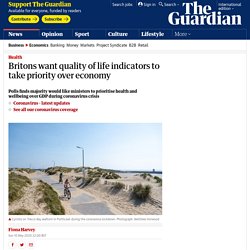 The UK’s latest GDP figures will be published this week, covering the period from January to the end of March, and they are expected to show a dramatic fall, as the first quarterly estimate to reflect the initial impact of the coronavirus and lockdown measures. A YouGov poll has found eight out of 10 people would prefer the government to prioritise health and wellbeing over economic growth during the coronavirus crisis, and six in 10 would still want the government to pursue health and wellbeing ahead of growth after the pandemic has subsided, though nearly a third would prioritise the economy instead at that point.

Tikanga Maori Values. Andrew Haldane In giving how much do we receive the social value of volunteering. Communities in Action: Pathways to Health Equity. Shavers, V. 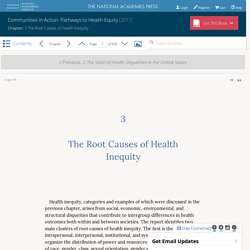 For example, achieving the Sustainable Development Goals will require a cross-Government effort and input from the private sector and civil society. New Zealand government agencies are currently reviewing the goals and their alignment with government priorities. BCG The Private Sector Opportunity to Improve Well Being Jul 2016. Taxation and reducing the future cost of NZ Superannuation , Alumni, Otago Business School, University of Otago, New Zealand. Brian Fallow: Retired and renting - is this our future?

Housing, poverty and prisons blow NZ 'off track' - Sallies. New Zealand is heading "off the track" on housing, child poverty and imprisonment despite dramatic gains on some other social indicators, a new report says. The Salvation Army's annual "state of the nation" report says youth offending and teen pregnancy have more than halved, jobs and real wages are rising, alcohol consumption and drink-driving are falling, and welfare rolls are the lowest since 2007. But it says homelessness "unseen in more than a generation", persistent child poverty and a record imprisonment rate point to the country "heading off the track".

The psychology of Christmas shopping: how marketers nudge you to buy. Many people see marketing as a form of manipulation, particularly around Christmas and the other retail bonanzas: Easter, Valentine’s Day, Mothers’ Day and Fathers’ Day. 381266413 Achieving Growth that Works for Everyone. Living standards, poverty and inequality in the UK: 2018. This report examines changes in the distribution of household incomes in the UK, and the determinants and consequences of recent trends. This includes analysing changes not only in average living standards but also in household income inequality and measures of income poverty and deprivation.

The report looks at the following key issues. Analysis of changes in living standards, the determinants of recent trends, and how pensioners have fared relative to non-pensioners.Analysis of how income growth has differed across the income distribution and what implications this has had for income inequality.Changes in income poverty and in other measures of deprivation. The report also examines changes in the housing costs of low-income households with children and shows how these trends have caused different measures of poverty to gradually diverge over the last 15 years.An examination of the extent to which working-age adults in poor health live in poverty. World Inequality Report 2018. World Inequality Report 2018. Social media is bad for your mental health, Facebook admits. Facebook has finally conceded that social media can harm mental health but it proposed that users improve their wellbeing by posting more updates and comments.

Academic studies have raised concerns that intense use of social media is linked to depression, low self-esteem and feelings of isolation, particularly among the young. Until now Facebook has declined to engage with research indicating that its platform causes psychological harm. OECD Wellbeing. OECD. CAPTURING QUALITY OF LIFE WITH THE CANADIAN INDEX OF WELLBEING.