SAPS Primary Resources Homepage. Designing the Groove Pizza. Math Patterns in Children's Literature. All Experiments. Activities for Strengthening Observation Skills. Knowing the process by which your child is growing gives you many options to help support and advance development. 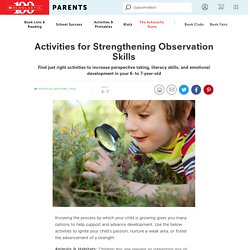 Use the below activities to ignite your child’s passion, nurture a weak area, or foster the advancement of a strength. Animals & Habitats: Children this age present an interesting mix of fantasy- and reality-based ideas. Their animism (belief that animals and humans act the same) is strong, as is their creative idea formation. Build off of both and support the development of your child’s schema (foundation knowledge), logic skills, and creative thinking with these activities: Perspective Taking, Literacy Skills, Emotional Development: Second Law of Motion Experiments. Sir Isaac Newton's second law of motion states that the force exerted by a moving object is equal to its mass times its acceleration in the direction from which it is pushed, stated as the formula F=ma. 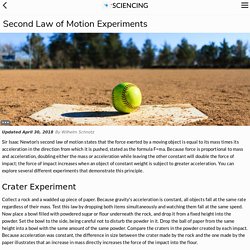 Catapult by Kyla Rudd on Prezi. Lesson Plans. Lady beetles StudentA. Which falls faster - a feather or a hammer? - BBC Teach. Questioning Techniques for the Classroom. No opt out is an all or nothing strategy that requires the students to answer questions that are asked of them correctly. 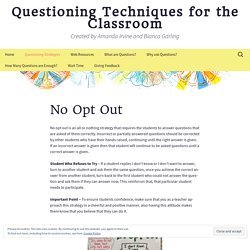 This reinforces that, that particular student needs to participate. Important Point – To ensure students confidence, make sure that you as a teacher approach this strategy in a cheerful and positive manner, also having this attitude makes them know that you believe that they can do it. Veritasium Video Homework. Validity vs Reliability vs Accuracy in Physics Experiments. Introduction to Validity, Reliability, and Accuracy of Experiments Practical assessments are designed to test your practical skills: how well you can design and carry out an experiment and analyse results, but also your understanding of the purpose of the experiment and its limitations. 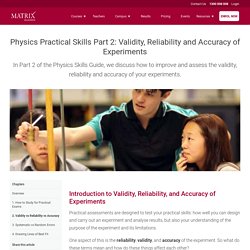 One aspect of this is the reliability, validity, and accuracy of the experiment. So what do these terms mean and how do these things affect each other? In this article we discuss: Graphing. Identifying Trends, Patterns & Relationships in Scientific Data - Video & Lesson Transcript. El método científico (artículo) Log In To ClassFlow. 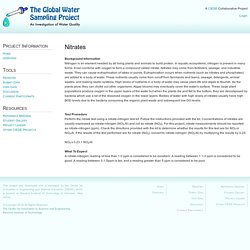 In aquatic ecosystems, nitrogen is present in many forms. It can combine with oxygen to form a compound called nitrate. Nitrates may come from fertilizers, sewage, and industrial waste. They can cause eutrophication of lakes or ponds. Eutrophication occurs when nutrients (such as nitrates and phosphates) are added to a body of water. Test Procedure Perform the nitrate test using a nitrate-nitrogen test kit. Vital Signs – Climate Change: Vital Signs of the Planet. An example of a temperature anomaly is how much warmer or colder than the long-term average a unit of time something is (like how much warmer than average the most recent year was globally). 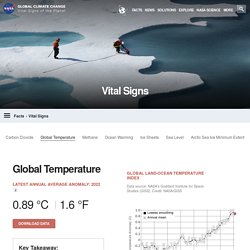 This graph illustrates the change in global surface temperature relative to 1951-1980 average temperatures. Nineteen of the 20 warmest years all have occurred since 2001, with the exception of 1998. The year 2016 ranks as the warmest on record (source: NASA/GISS). This research is broadly consistent with similar constructions prepared by the Climatic Research Unit and the National Oceanic and Atmospheric Administration. The time series below shows the five-year average variation of global surface temperatures. The “Global Temperature” figure on the home page dashboard shows global temperature change since 1880. Sea Surface Temperatures. Key Points: 1. 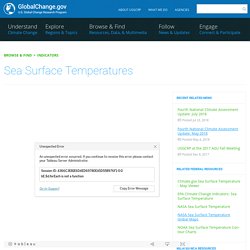 World Water Temperature Sea Temperatures. Ocean salinity. There are many chemicals1 in seawater that make it salty. 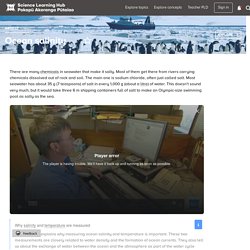 Most of them get there from rivers carrying chemicals dissolved out of rock and soil. The main one is sodium chloride, often just called salt. Most seawater has about 35 g (7 teaspoons) of salt in every 1,000 g (about a litre2) of water. This doesn’t sound very much, but it would take three 6 m shipping containers full of salt to make an Olympic-size swimming pool as salty as the sea. Literacy through science. Curricula. Assessment for Learning. Royal Observatory Greenwich. Royal Observatory Greenwich on Vimeo. UNESCO World Heritage Site In London. 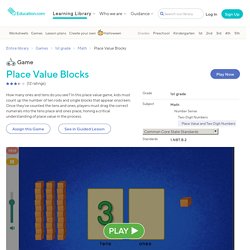