Age-proof your brain by keeping your heart healthy, study says. People with more risk factors for heart disease — such as high blood pressure, high cholesterol, diabetes and obesity — experienced more cognitive decline than people with healthier hearts, according to a study published Monday in the Journal of the American College of Cardiology. 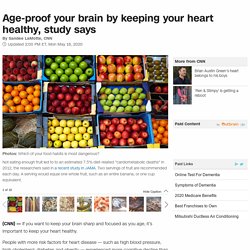 "There are many specific cardiovascular risk factors, and each can either individually, or in combination, push the fast-forward button towards different aspects of cognitive decline," said Dr. Richard Isaacson, director of the Alzheimer's Prevention Clinic at Weill Cornell Medicine and NewYork-Presbyterian. "This study focused on individual areas of cognition, such as memory and processing speed, and helps to clarify complex interrelationships between heart and brain health," said Isaacson, who was not involved in the study.

"High blood pressure and diabetes can accelerate shrinkage of the brain. High cholesterol can increase the bad protein that builds up in the brains of people with Alzheimer's. Risk factor for Alzheimer’s disease breaks the blood–brain barrier. DNA Just One of More Than 1 Million Possible 'Genetic Molecules,' Scientists Find. DNA and its cousin RNA store genetic information and enable life as we know it — but what if millions of lesser-known chemicals could do the exact same thing? 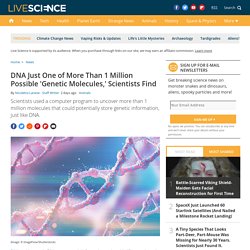 A new study suggests that more than 1 million chemical look-alikes could encode biological information in the same way that DNA does. The new study, published Sept. 9 in the Journal of Chemical Information and Modeling, might point the way to new targets for pharmaceutical drugs, explain how life first evolved on Earth and even help us search for life-forms beyond our planet, the authors wrote. The Plot Over Whether There's Actually Methane on Mars Has Considerably Thickened. Not so long ago, Mars had a bunch of methane in its atmosphere. And then it didn't. Either a whole lot of research is just plain wrong, or we have one heck of a mystery on our hands. Coincidentally, while one group of researchers double checked their sums, other researchers have stumbled on results that could lead to an answer.

A sneak peek at data gathered by the ExoMars Trace Gas Orbiter (TGO) late last year suggested its survey on methane levels in the atmosphere early in 2018 didn't agree with observations made by the Curiosity rover in late 2013 and early 2014. Error - Cookies Turned Off. The Sample Analysis at Mars (SAM) instrument onboard the Mars Science Laboratory Curiosity rover measures the chemical composition of major atmospheric species (CO2, N2, 40Ar, O2, and CO) through a dedicated atmospheric inlet. 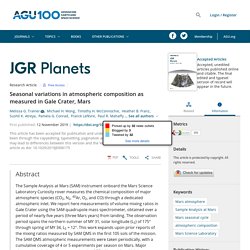 We report here measurements of volume mixing ratios in Gale Crater using the SAM quadrupole mass spectrometer, obtained over a period of nearly five years (three Mars years) from landing. Vil alls ekki vera kölluð „geðþekk“ China approves seaweed-based Alzheimer's drug. It's the first new one in 17 years. The seaweed-based drug, called Oligomannate, can be used for the treatment of mild to moderate Alzheimer's, according to a statement from China's drug safety agency. 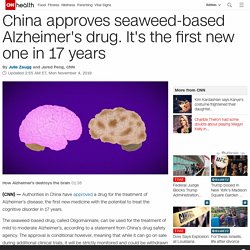 The approval is conditional however, meaning that while it can go on sale during additional clinical trials, it will be strictly monitored and could be withdrawn should any safety issues arise. In September, the team behind the new drug, led by Geng Meiyu at the Shanghai Institute of Materia Medica under the Chinese Academy of Sciences, said they were inspired to look into seaweed due to the relatively low incidence of Alzheimer's among people who consume it regularly. In a paper in the journal Cell Research, Geng's team described how a sugar contained within seaweed suppresses certain bacteria contained in the gut which can cause neural degeneration and inflammation of the brain, leading to Alzheimer's. "It is just as effective but it has fewer side effects," he told CNN. All modern humans originated in northern Botswana, study says. There, south of the Greater Zambezi River Basin, which includes northern Botswana and parts of Namibia and Zimbabwe, the ancestors of Homo sapiens began 200,000 years ago, the researchers said. 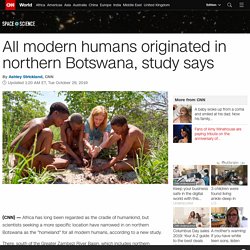 Their new study, published Monday in the journal Nature, suggests that the ancestors of modern humans thrived for 70,000 years in this region before climate change led them to migrate out of Africa and eventually span the globe. Previously, some fossil evidence has suggested that modern humans originated in eastern Africa. DNA evidence has pointed to southern Africa, where Botswana is located. "It has been clear for some time that anatomically modern humans appeared in Africa roughly 200,000 years ago.

Search-and-replace genome editing without double-strand breaks or donor DNA. Most genetic variants that contribute to disease1 are challenging to correct efficiently and without excess byproducts2–5. 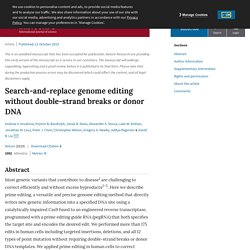 Here we describe prime editing, a versatile and precise genome editing method that directly writes new genetic information into a specified DNA site using a catalytically impaired Cas9 fused to an engineered reverse transcriptase, programmed with a prime editing guide RNA (pegRNA) that both specifies the target site and encodes the desired edit. We performed more than 175 edits in human cells including targeted insertions, deletions, and all 12 types of point mutation without requiring double-strand breaks or donor DNA templates.

We applied prime editing in human cells to correct efficiently and with few byproducts the primary genetic causes of sickle cell disease (requiring a transversion in HBB) and Tay-Sachs disease (requiring a deletion in HEXA), to install a protective transversion in PRNP, and to insert various tags and epitopes precisely into target loci. No-Amp Targeted Sequencing Used to Interrogate Disease-Associated Repeat Expansion - PacBio. 6 Ways To Instantly Stimulate Your Vagus Nerve To Relieve Inflammation, Depression, Migraines And More. I read an article yesterday that has me extremely excited about the implications. 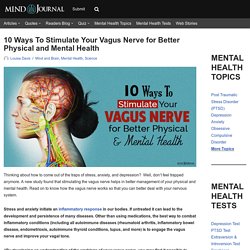 The article is called “Hacking the Nervous System” by Gaia Vince. In the article, the author describes the experience of a woman who suffered from severe, debilitating rheumatoid arthritis and her eventual treatment with a device which minimized inflammation by simply stimulating the vagus nerve. What this means, is that by activating the vagus nerve which works through the parasympathetic nervous system, we can greatly influence inflammation and the immune system. ‘It’s a superpower’: how walking makes us healthier, happier and brainier. Taking a stroll with Shane O’Mara is a risky endeavour. 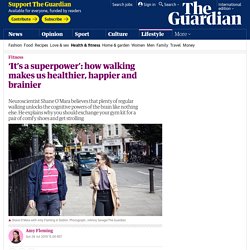 The neuroscientist is so passionate about walking, and our collective right to go for walks, that he is determined not to let the slightest unfortunate aspect of urban design break his stride. So much so, that he has a habit of darting across busy roads as the lights change. “One of life’s great horrors as you’re walking is waiting for permission to cross the street,” he tells me, when we are forced to stop for traffic – a rude interruption when, as he says, “the experience of synchrony when walking together is one of life’s great pleasures”. Cardiovascular disease in Greece; the latest evidence on risk factors. European Heart Network. 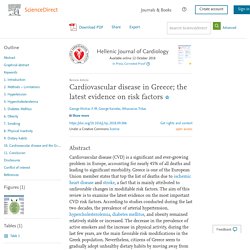 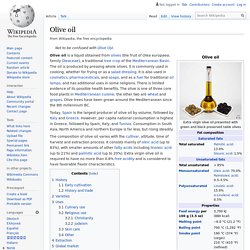 The oil is produced by pressing whole olives. It is commonly used in cooking, whether for frying or as a salad dressing. It is also used in cosmetics, pharmaceuticals, and soaps, and as a fuel for traditional oil lamps, and has additional uses in some religions. Ijms 18 02230. Metabolic signal curbs cancer-cell migration. Star-like cells spark behavioural hyperactivity in mice. Astrocytes are star-shaped cells that account for about 40% of cells in the mammalian brain. Initially considered to be the ‘glue’ that sticks neurons together, astrocytes actually have crucial roles in brain homeostasis and in regulating the formation, maturation, function and elimination of synapses, the connections through which neurons communicate with each other1–4. NASA's new mission, Dragonfly, will explore Saturn's moon Titan. Apollo 11 tapes bought for $218 may sell for millions after nearly being lost.

Diabetes and strength: You don't need much to have lower risk. Moderate amounts of muscle strength, but not beyond that, were associated with a 32% reduced risk of developing Type 2 diabetes in the study, published in the journal Mayo Clinic Proceedings on Monday. Designer protein delivers signal of choice.

Messenger proteins called cytokines are secreted from cells and travel throughout the body. In the immune system, a cytokine called interleukin-2 (IL-2) delivers signals to receptors that regulate the activities of white blood cells. The brain may clean out Alzheimer’s plaques during sleep. Pnas. Cap. The Molecular and Genetic Characterization of Second Chromosome Balancers in Drosophila melanogaster. - PubMed - NCBI. Evaluation of Lowering the P Value Threshold for Statistical Significance From .05 to .005 in Previously Published Randomized Clinical Trials in Major Medical Journals.