Metamodernism in Five Terrible Diagrams – Seth Abramson – Medium. Only Metamodernism Can Save America Now, As These Bad Pictures Illustrate. 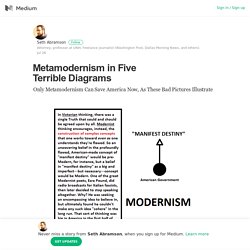 Rediscovering Life. Made in God's image: Fact or Fable? I regularly jog past a Planned Parenthood center on my running route. 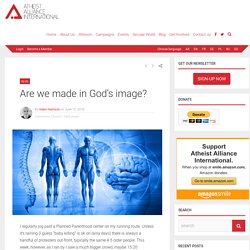 Unless it’s raining (I guess “baby killing” is ok on rainy days) there is always a handful of protesters out-front, typically the same 4-5 older people. This week, however, as I ran by I saw a much bigger crowd, maybe 15-20 protestors. The long and short of CDK12. Mutations in the BRCA1 and BRCA2 genes pose a serious risk for breast and ovarian cancer because they endanger the genomic stability of a cell by interfering with homologous recombination repair (HR), a key mechanism for accurately repairing harmful double-stranded breaks in DNA. 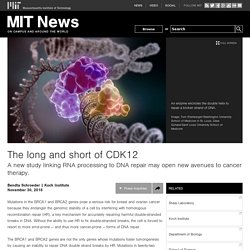 Without the ability to use HR to fix double-stranded breaks, the cell is forced to resort to more error-prone — and thus more cancer-prone — forms of DNA repair. The BRCA1 and BRCA2 genes are not the only genes whose mutations foster tumorigenesis by causing an inability to repair DNA double strand breaks by HR. Mutations in twenty-two genes are known to disrupt HR, giving rise to tumors with what researchers call “BRCAness” characteristics. With these nanoparticles, a simple urine test could diagnose bacterial pneumonia. Pneumonia, a respiratory disease that kills about 50,000 people in the United States every year, can be caused by many different microbes, including bacteria and viruses. 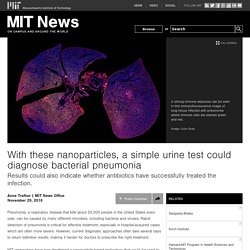 Rapid detection of pneumonia is critical for effective treatment, especially in hospital-acquired cases which are often more severe. However, current diagnostic approaches often take several days to return definitive results, making it harder for doctors to prescribe the right treatment. MIT researchers have now developed a nanoparticle-based technology that could be used to improve the speed of diagnosis. This type of sensor could also be used to monitor whether antibiotic therapy has successfully treated the infection, says Sangeeta Bhatia, the John and Dorothy Wilson Professor of Health Sciences and Technology and Electrical Engineering and Computer Science and the senior author of the study.

Meaning = information + evolution.   New Learning. Welcome to the ‘Literacies‘ website, which presents supporting material for the book by Mary Kalantzis and Bill Cope, published in its second edition by Cambridge University Press in 2016 with two additional authors, Eveline Chan and Leanne Dalley-Trim. 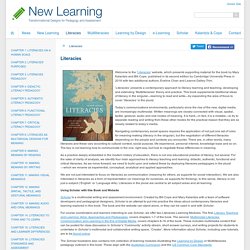 ‘Literacies’ presents a contemporary approach to literacy learning and teaching, developing and extending ‘Multiliteracies’ theory and practice. This book supplements traditional ideas of literacy in the singular—learning to read and write—by expanding the area of focus to cover ‘literacies’ in the plural. Today’s communications environments, particularly since the rise of the new, digital media, are increasingly multimodal. Character Strengths and Virtues: A Classification. Character Strengths and Virtues is a groundbreaking handbook that was created built on reports from a prestigious group of researchers who have attempted to create a systematic classification and measurements of widely valued positive traits. 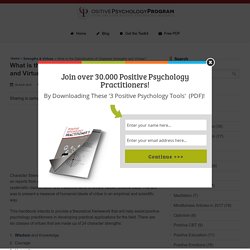 The aim was to present a measure of humanist ideals of virtue in an empirical and scientific way. This handbook intends to provide a theoretical framework that will help assist positive psychology practitioners in developing practical applications for the field. Intellectual Giftedness. Learn to Avoid Wasting Time and Value It More – Simple Focus Techniques. Working for the Department of Education, you can appreciate why time is so valuable. 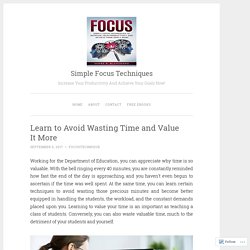 With the bell ringing every 40 minutes, you are constantly reminded how fast the end of the day is approaching, and you haven’t even begun to ascertain if the time was well spent. At the same time, you can learn certain techniques to avoid wasting those precious minutes and become better equipped in handling the students, the workload, and the constant demands placed upon you. The Accomplishment Journal: A Yardstick Against Your Life. Have you ever gathered all of your professional and personal accomplishments into a single document? 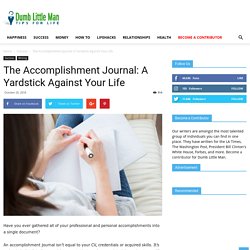 Stop Thinking In Tasks And To-Dos. Start Thinking In Outcomes. The One Uncomfortable Feeling You Must Experience In Order To Be Successful. Contrary to conventional wisdom, success depends less on the virtues of talent and drive than it does one's ability to withstand fear and uncertainty. 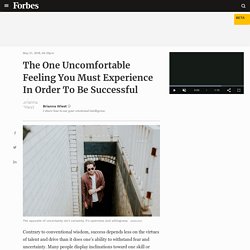 Many people display inclinations toward one skill or another in their early lives. What Causes Morning Wood? What does this mean? 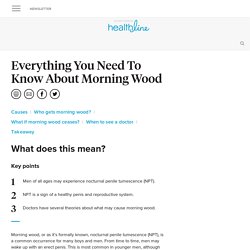 Morning wood, or as it’s formally known, nocturnal penile tumescence (NPT), is a common occurrence for many boys and men. From time to time, men may wake up with an erect penis. This is most common in younger men, although men of all ages may experience NPT. Many people assume a morning erection is a sign of sexual stimulation, however this isn’t always the case. Morning wood is likely the response your body has to one of several natural occurrences. Causes What causes morning wood? Red Queen Hypothesis - The Evolutionary Arms Race. The Red Queen Hypothesis, named after the Red Queen in the book Alice in Wonderland, brings together two evolutionary theories. The basis for the entire theory is down to ‘the evolutionary arms race’, where prey and predator constantly evolve together to reach some sort of uneasy balance.

MIT cognitive scientists have now found that conversation between an adult and a child appears to change the child’s brain, and that this back-and-forth conversation is actually more critical to language development than the word gap. Skype me! Socially Contingent Interactions Help Toddlers Learn Language. Patricia Kuhl: The linguistic genius of babies. Evocation. Divergence. Perturbations. Dispersal.