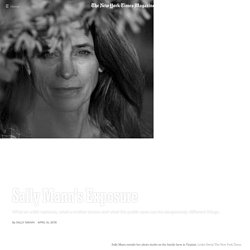 The book contained 60 photographs from a decade-­long series of more than 200 pictures of my children, Emmett, Jessie and Virginia, who were about 6, 4 and 1 when I started the project. The photographs show them going about their lives, sometimes without clothing, on our farm tucked into the Virginia hills. For miles in all directions, there was not a breathing soul. When we were on the farm, we were isolated, not just by geography but by the primitive living conditions: no electricity, no running water and, of course, no computer, no phone. Out of a conviction that my lens should remain open to the full scope of their childhood, and with the willing, creative participation of everyone involved, I photographed their triumphs, confusion, harmony and isolation, as well as the hardships that tend to befall children — bruises, vomit, bloody noses, wet beds — all of it.

Photo I was blindsided by the controversy. G. W. Bénard - Gonzalo Bénard. Justice. *Note - This is an Archived course* This is a past/archived course. 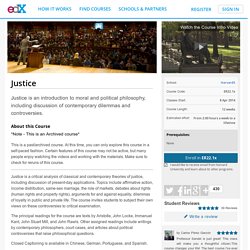 At this time, you can only explore this course in a self-paced fashion. Certain features of this course may not be active, but many people enjoy watching the videos and working with the materials. Make sure to check for reruns of this course. Justice is a critical analysis of classical and contemporary theories of justice, including discussion of present-day applications. Chloë Ellingson - home. Joana Choumali - Emotions a Nu. Being naked this is nothing to hide Words are not even needed Because the body speaks for itself. 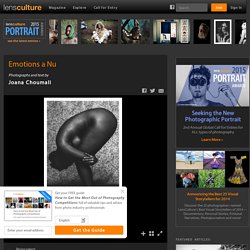 —Victor Lévy Beaulieu "Emotions à nu" is a series of female portraits, each without a face. Herself. Eamonn Doyle. Born in Dublin in 1969, Eamonn Doyle graduated with a Diploma in Photography from IADT in 1991. 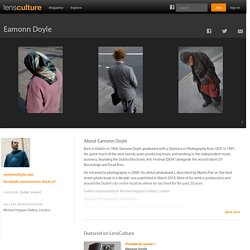 He spent much of the next twenty years producing music and working in the independent music business, founding the Dublin Electronic Arts Festival (DEAF) alongside the record labels D1 Recordings and Dead Elvis. He returned to photography in 2008. His debut photobook i, described by Martin Parr as 'the best street photo book in a decade' was published in March 2014. 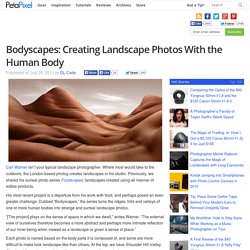 Where most would take to the outdoors, the London-based photog creates landscapes in his studio. Previously, we shared his surreal photo series Foodscapes: landscapes created using all manner of edible products. His most recent project is a departure from his work with food, and perhaps posed an even greater challenge. Dubbed “Bodyscapes,” the series turns the ridges, hills and valleys of one or more human bodies into strange and surreal landscape photos.

“[The project] plays on the sense of space in which we dwell,” writes Warner. Each photo is named based on the body parts it is composed of, and some are more difficult to make look landscape-like than others. Elbow Point Valley of the Reclining Women The Sleeper. Nicolas Coulomb. Jenna martin photography. Contemporary Fine Art Photography, Sculpting with Light. Appreciation: The Photos of Irving Penn. Dan Winters Photography. Herman Damar Photography. Infographic Reveals the 30 Most Influential Photographers Across the Web. More so than just about any other form of content, the Internet lives and breathes images. 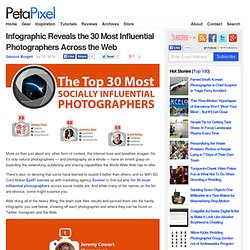 So it’s only natural photographers — and photography as a whole — have an inherit grasp on exploiting the networking, publishing and sharing capabilities the World Wide Web has to offer. There’s also no denying that some have learned to exploit it better than others, and so WiFi SD Card Maker EyeFi teamed up with marketing agency Evolve! To find out who the 30 most influential photographers across social media are. And while many of the names on the list are obvious, some might surprise you. Jeremy Cowart. David Hobby HoCo360. Annie Leibovitz. Annie leibovitz Blitz Brigade Hack - Get Unlimited Coins, Diamonds and VIP for ios-android. 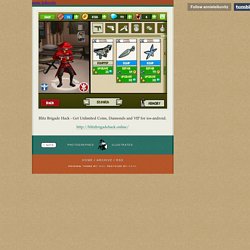