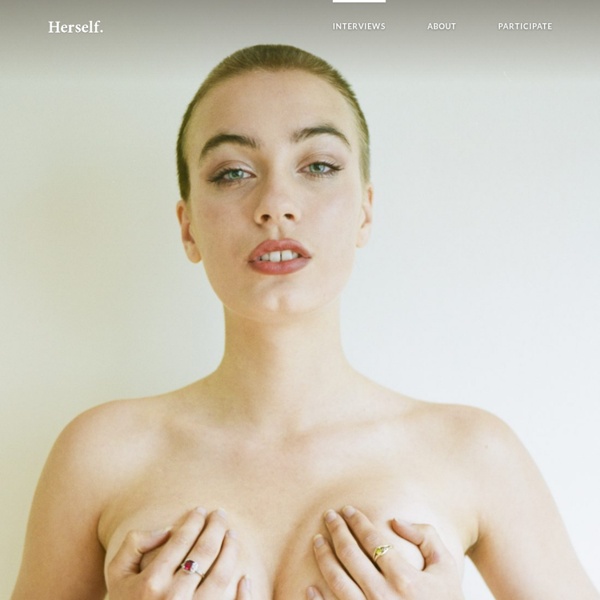 The Procrastination Matrix Note: To best understand this post, you should first read Part 1 of Wait But Why’s previous post on procrastination. PDF: We made a fancy PDF of this post for printing and offline viewing. Buy it here. (Or see a preview.) Back in high school, if you had asked me if I was a procrastinator, I would have said yes. In One Video, These Students Remind Us What's Really at the Root of Rape Culture It's no secret that toxic masculinity — the set of aspirational tenets that encourage men to feel entitled to women's attention and bodies — is a major problem. But one group of students is tackling the issue with an incisive new video that both expertly outlines the root of the problem and gives advice on what everyone can do to fix it. In the video, Vine star Chaz Smith joins the One Student project to address the ways men can help cultivate a culture in which women's bodily autonomy and agency are affirmed and respected. The video uses the analogy of playing sports to make a striking point about the ways women are encouraged to "play it safe" while men are lauded for "going for it." "Because [men are] told to play offense," Smith says, "We feel that we are entitled to aggression — so girls and women are told to be aware, self-defend.

Eamonn Doyle Born in Dublin in 1969, Eamonn Doyle graduated with a Diploma in Photography from IADT in 1991. He spent much of the next twenty years producing music and working in the independent music business, founding the Dublin Electronic Arts Festival (DEAF) alongside the record labels D1 Recordings and Dead Elvis. He returned to photography in 2008. His debut photobook i, described by Martin Parr as 'the best street photo book in a decade' was published in March 2014. e-District In the current scenario, the District Administration is tightly coupled with the service delivery framework because of which any changes introduced into the service delivery mechanism trigger several more changes within the Administration making the implementation of the change difficult. Moreover, due to the lack of linkages between the departments, each service has its own manual or digital database which leads to repeated verification of the citizen based on the service requested and generation of duplicate and redundant data. In essence, the current service delivery mechanism is department-centric wherein the citizen approaches several departments to avail different services. An approach based on Service-oriented Architecture (SoA) has been adopted for developing the framework for e-district to introduce flexibility in the service delivery mechanism.

girls' world: 10 nyc student photographers capturing girlhood in 2016 In a photography world ruled by artists like Petra Collins and Olivia Bee, it often seems that the most shared and discussed images in 2016 are being taken by younger and younger female-identifying artists. And in the age of Instagram, these emerging artists are able to share their aesthetic visions, inspire one another, and connect more than ever. Now in college, the first generation of women to be raised on social media are channeling the power they hold in representing their friends, and forging a modern image of young womanhood. Nine students and one recent grad talk photo friendships, "girly" aesthetics, and the female gaze.

The Truth About Religion in America: The Founders Loathed Superstition and We Were Never a Christian Nation Once they begin to circulate, falsehoods—like counterfeit currency—are surprisingly tenacious. It doesn’t matter that there’s no backing for them. The only thing that counts is that people believe they have backing. Sex redefined Illustration by Jonny Wan As a clinical geneticist, Paul James is accustomed to discussing some of the most delicate issues with his patients. But in early 2010, he found himself having a particularly awkward conversation about sex. Bodyscapes: Creating Landscape Photos With the Human Body Carl Warner isn’t your typical landscape photographer. Where most would take to the outdoors, the London-based photog creates landscapes in his studio. Previously, we shared his surreal photo series Foodscapes: landscapes created using all manner of edible products. His most recent project is a departure from his work with food, and perhaps posed an even greater challenge. Dubbed “Bodyscapes,” the series turns the ridges, hills and valleys of one or more human bodies into strange and surreal landscape photos.

e-District Government of India has approved the National eGovernance Plan (NeGP) in pursuance of its policy of introducing e-Governance on a massive Implementation Guidelines scale, as enunciated in the National Common Minimum Programme. 27 Central, State and Integrated Mission Mode Project (MMPs) along with 8 support components have been identified and approved by Cabinet under NeGP, to enable and facilitate rapid introduction of e-Governance in the country, with focus on service delivery. As per the implementation strategy, an identified line Ministry/Department would define the service and service levels of their respective MMPs and develop detailed guidelines for achieving the same. For delivery of “web-enabled” anytime anywhere access to information and service across the country, state will use 3 pillars of eGovernance infrastructure. e-DISTRICT - OBJECTIVE

Features Features Indexhibit CMS enables you to create your own website. It enables people with little or no previous website knowledge to publish text, image, sound and video. It is accessible via 'modern' web browsers: Firefox, Safari, Chrome. How to Name a Baby The first time a friend of mine had a child, it was intensely jarring. I’d be living my normal day, and then the thought would hit me—”Matt has a son”—and my whole world would get turned upside down. Three years and six friend babies later, I’m 32 and have numbed to the whole thing considerably. It’s still weird.