If It Were My Home. Dollar Street. Children's bedrooms around the world. The inequalities children face are depicted in James Mollison's photo series "Where Children Sleep," which is currently on display at the David J. 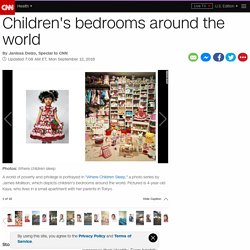 Sencer CDC Museum in Atlanta. Although it has been nearly six years since Mollison's collection was first published, it still sparks conversation among people of all ages. "I did not anticipate that 'Where Children Sleep' would be so successful," said Mollison, who is based in Venice, Italy. "I am particularly pleased that it has engaged people in imagining the lives of others in very different circumstances.

" "Where Children Sleep" illustrates children's bedrooms alongside a portrait of them against a white background. The 56 diverse photos depict a world of poverty and privilege. "From the start, I didn't want it just to be about 'needy children' in the developing world, but rather something more inclusive, about children from all types of situations," Mollison wrote on his website. He plans to call this project "Where Refugee Children Sleep. " 17 Photos Will Change The Way You Look At Strangers. The word “stranger” conjures up all sorts of thoughts, and many of them aren’t positive. 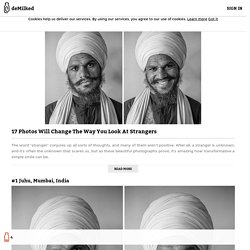 After all, a stranger is unknown, and it’s often the unknown that scares us, but as these beautiful photographs prove, it’s amazing how transformative a simple smile can be. The pictures were taken by Jay Weinstein, a Mumbai-based Hindi-speaking photographer of Australian-American-Ukrainian-English heritage. They’re part of a collection called “…so I asked them to smile“, which began in Rajasthan back in 2013 when he saw a man he wanted to photograph. “The look in his eye and his stony, stern face intimidated me,” write Weinstein on his Facebook page. “It’s always that moment of hesitation that kills a shot! More info: so i asked them to smile | jay weinstein | facebook (h/t: boredpanda) Read more #1 Juhu, Mumbai, India #2 Vrindavan, Uttar Pradesh, India. 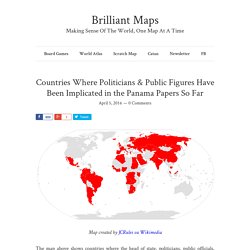 Just a few of the people implicated include: Finally, while Russian Vladimir Putin has widely been reported as the most high profile person implicated, his name appears nowhere in the Panama Papers. As the Guardian reports: Though the president’s name does not appear in any of the records, the data reveals a pattern – his friends have earned millions from deals that seemingly could not have been secured without his patronage. Mapping the World’s Billionaire Population – American Geographical Society. Global population has reached 7.4 billion people. 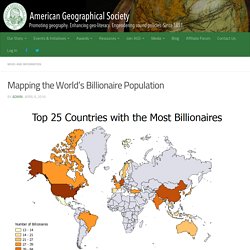 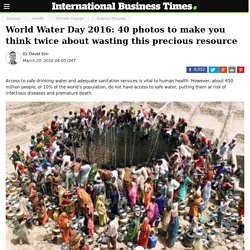 However, about 650 million people, or 10% of the world's population, do not have access to safe water, putting them at risk of infectious diseases and premature death. Dirty water and poor sanitation can cause severe diseases in children, killing 900 under-fives every day across the world, according to United Nations estimates – or one child every two minutes. Among newborn babies, the World Health Organisation says infections caused by a lack of safe water and an unclean environment cause one death every minute somewhere in the world. This year's United Nations World Water Day (22 March) is focused on water and jobs. It aims to highlight how water can create paid and decent work and contribute to a greener economy and sustainable development. To mark World Water Day 2016, this IBTimes UK photo essay is a reminder that one in ten people on our planet still do not have access to clean, safe water.