Understanding the revival of American interest in Central Asia. Debates: The new C5+1 format being established to strengthen cooperation between Washington and the countries of Central Asia could have implications for the future balance of power in the region. 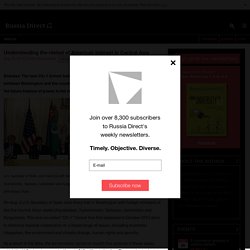 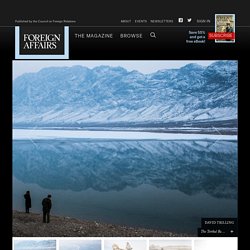 When they were still a part of the Soviet Union, the upstream republics—Kyrgyzstan and Tajikistan—which have an abundance of water, would release some from their reservoirs in the spring and summer to generate electricity and nourish crops both on their own land and in the downstream republics, which would return the favor by providing gas and coal each winter. But since the dissolution of the Soviet Union over a quarter century ago, that system has collapsed. Kyrgyzstan and Tajikistan now face constant blackouts and hope to build giant dams to provide for their energy needs. Kyrgyzstan completed its Kambarata-2 power station in 2010 and is building a second one, Kambarata-1, with the help of Russia. Central Asia Is Less Stable Than It Looks - Bloomberg View. Important news rarely comes from countries whose names end with "stan," but the hospitalization of Uzbekistan President Islam Karimov after he suffered a stroke last weekend is noteworthy indeed. 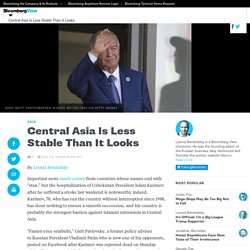 Karimov, 78, who has run the country without interruption since 1988, has done nothing to ensure a smooth succession, and his country is probably the strongest bastion against Islamist extremism in Central Asia. "Fasten your seatbelts," Gleb Pavlovsky, a former policy adviser to Russian President Vladimir Putin who is now one of his opponents, posted on Facebook after Karimov was reported dead on Monday night. The reports, which first surfaced on the Fergana News portal -- a Russian-language site that is probably the best source of day-to-day information on the authoritarian black-box state -- were later denied by the Uzbek authorities. 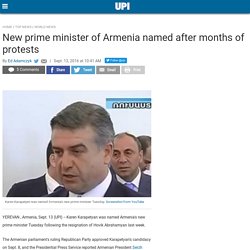 The Armenian parliament's ruling Republican Party approved Karapetyan's candidacy on Sept. 8, and the Presidential Press Service reported Armenian President Serzh Sargsyan made the announcement, noting Karapetyan has 20 days to form a cabinet. The change in leadership comes after months of protests in the streets of Yerevan, the capital, calling for social reform. Anger over electricity costs, pension reform and increases in the cost of public transportation led to armed men overtaking a Yerevan police station for two weeks in July. They demanded freedom for jailed opposition leader Kirair Sefilian and the resignation of the government. 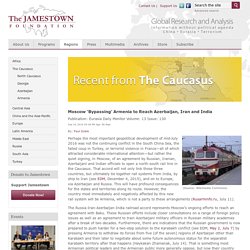 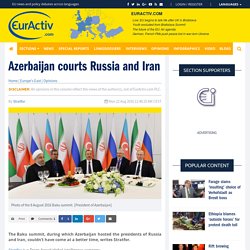 Stratfor is a Texas-based global intelligence company. The balance in the Caucasus is changing.