Thought of You - by Ryan Woodward 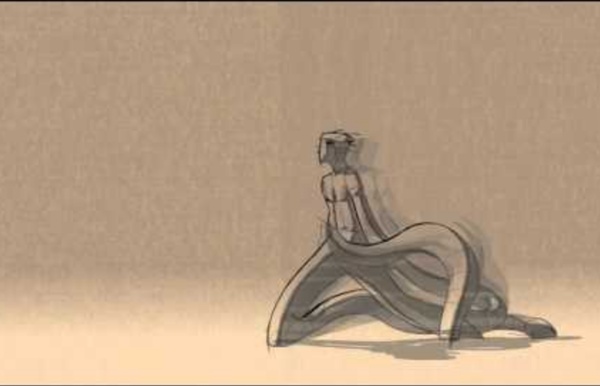 Skhizein - short film by Jeremy Clapin Having been struck by a 150-ton meteorite, Henry has to adapt to living precisely ninety-one centimeters from himself. An animated short that runs for only 13 minutes, this tells the rather comical and yet sad story of a man affected by a meteorite in a most peculiar way. Once he has been struck he finds that his body is now constantly 91 centimetres from where it should be. URBANCE by Steambot Urbance is a 26-minutes animated action serie for 16+ audience. Written and Directed by Joel Dos Reis Viegas and Sébastien Larroudé. A topic that hits with stunning visuals and blasting tunes; Urbance brings you into a post-modern story world, made of hip-hop vibes and electronic influences. Watch Urbance official Trailer (1080p HD) Our goal is to raise a minimum of $189,000 to complete the production of a pilot episode.

Animated Short Movies » Life-Changing Arts Movie shorts, or short animations are a unique form of art, which can inspire and enlighten just like any other art form. Sometimes even more so. Here is a selection of inspiring, or for some reason animated short movies, here shown in their original full length. How to Make Showering Awesome Again Here at Sueeve, we understand that showering can be one of the most boring, shame and confusion-filled parts of your day and we've made it our mission to fix that! -- If the mere sight of a loofah sends you into a gender-confusion-driven, psychotic rage, you need the Shower Hammer! You no longer have to endure the fluffy, girly bullshit of loofahs. Fuck loofahs. The Shower Hammer makes you clean with violence!

15 Amazing Animated Short films - StumbleUpon We all love short animated films, but creating short film is very hard task. Putting whole story in 5 to 10 minutes is not easy. Can you imagine? Few films produced after working hard more than 6 years! Here we collected 15 dazzling animated short films for your inspiration.

Romantic Day And Evening Ideas We live in a day and age where lives are busy and schedules are swamped. The working day is also a little more versatile than it has been in days past, and people are working longer hours or irregular shifts. This can put a damper on your love life, but this should not discourage you from enjoying you and your partner no matter what time of day it is. Still Life Still Alive Home » Inspiring Artists, Inspiring Projects 1 November 201060 Comments Alexa Meade is a 23 year old D.C. based artist who is developing an aesthetic that is playfully and skillfully combing paint, portraiture, photography and performance. The finalized work is one that is beautifully engaging, temporary and colorfully alive. The initial experience feels a touch kitchy with it’s aesthetic trickery but once past understanding the illusion the work is quite alluring.

Ryan Woodward explores Contemporary Dance and animation, and he creates this dance and relationship between these two characters. Dance is about how people come together and effect each other, and the relationship here is the backbone of the entire piece. What's also really great about this is how he has his own distinct fingerprints on the figures-- its rotoscoped, but he places different imagery into the figures to illustrate other emotions that are too sensational for the human body to convey. by michelle.mcgaughey Nov 2