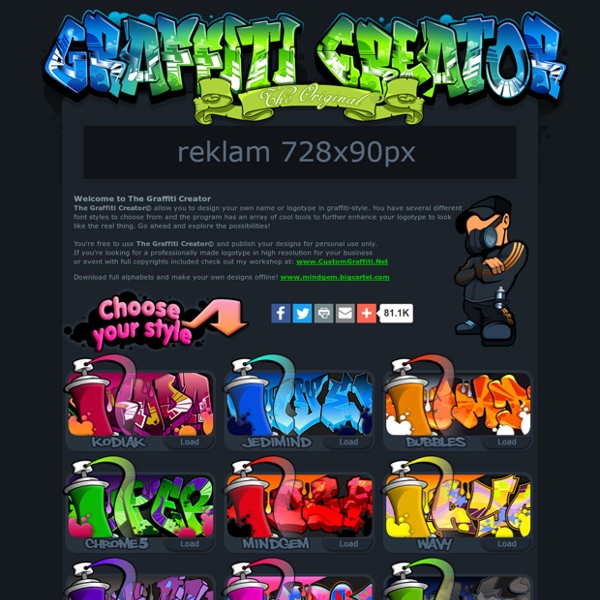 Create an animation online with AnimateStar ABCya is the leader in free educational computer games and mobile apps for kids. The innovation of a grade school teacher, ABCya is an award-winning destination for elementary students that offers hundreds of fun, engaging learning activities. Millions of kids, parents, and teachers visit ABCya.com each month, playing over 1 billion games last year. Apple, The New York Times, USA Today, Parents Magazine and Scholastic, to name just a few, have featured ABCya’s popular educational games. ABCya’s award-winning Preschool computer games and apps are conceived and realized under the direction of a certified technology education teacher, and have been trusted by parents and teachers for ten years.

Rajacenna Draws Celebrity Portraits Rajacenna is an 18-year-old self-taught artist from the Netherlands who draws the most realistic portraits I have ever seen, using only pencils. I’m a big fan of realistic drawings, and I’ve previously featured amazing works like the pencil drawings of Paul Lung, the ballpoint pen portraits of Juan Francisco Casas, or Cristina Penescu’s detailed scratchboard masterpieces, but at only 18 years of age Rajacenna is in a league of her own. Born in 1993, she started modelling for various Dutch companies when she was only 4, and at 5 years old she made her first appearance on television. She starred in films, soap-operas and tv-series and at 12 she became the host of Kinderjournaal, the first Dutch web-tv for kids. She only took up drawing in 2009, and although she had never taken any art classes she produced some stunning pieces. Reddit

Public art At the turn of the millennium, public art was an established global art genre with its own professional and critical discourse, as well as constituencies of interest and patronage independent of mainstream contemporary art. Art criticism has been prodigious regarding public art’s role in the ‘beautification’ of otherwise neglected social space or in influencing urban development. Diversity and differentiation are increasingly the hallmarks of public art worldwide, emerging from city branding strategies and destination marketing as well as from artist activism and international art events and festivals. The first decade of the 21st century demonstrated the vast opportunity for creative and critical ‘engagement’, activism, social dialogue, and cultural co-creation and collective participation.

30 Free Fonts You MUST Have Today we didn’t really concentrate on creating a set following specific font styles. This time, we put together a mix of free fonts which are really worth using and shouldn’t be missing in your personal font library. We are sure you’ll find you own favorite between these 30 below. By the way, don’t forget to download my package of over 340 Premium Logo PSDs . Enjoy! Harabara Bold TrueType font is free to download for both personal and commercial use. Download the 75 best free fonts In this freshly updated free fonts for designers post, we bring you the world's best free fonts. We've filtered out the diamonds from the thousands of less perfectly designed free fonts available online, for you to use in your designs and illustrations. Get Adobe Creative Cloud now This list represents the 55 best free fonts we've found in eight categories.

Create Something. Donate Login Remember Me Create An Account Forgot Password The Doodle Art of Sergei and Vyacheslav Savelyv Sergei and Vyacheslav Savelyv are two twin brothers with an extraordinary talent for doodling. They uses colored pens and pencils to draw what seem like endless circular doodles and create incredibly detailed portraits of world famous icons. Sergei and Vyacheslav Savelyv have so far displayed their wonderful artworks only in their home town of Petrozavodsk, in Russia’s Karelia region, but I think you’ll agree their talent deserves worldwide recognition. The creative duo who works under the name “SaveL” have an impressive doodle portrait portfolio of famous celebrities like Johnny Depp, Robert De Niro or Antonio Banderas, all created with ordinary pens of pencils. Their technique looks a lot like what many of us used to do on the back of our notebooks in school to check is a pen still worked, only their loops form very detailed images.

5 Free Apps to Turn Photos Into Art on Android, iOS, or Web Advertisement Ever since Instagram came around, the idea of adding filters to your photos has caught on. Those filters have ranged from simple settings that affect brightness and contrast, to more complex filters that make your images pop. Fonts Buffalo Velo Serif Yorklyn Stencil Free Brain Games Training Online - Improve Memory, Have Fun! Training your brain with free online brain games is a fun way to keep your mind active and potentially improve your memory, concentration, and other brain skills. There are now over 250 free brain training games on this site. Not sure where to start? Check out the most popular games. Also see the game categories in the sidebar at right and in the menu above. Examples of popular games include Scrabble Sprint, Butterfly Connect, and Basic Solitaire.

Digital Circlism Portraits by Ben Heine Using an original technique he calls Digital Circlism, artist Ben Heine creates detailed portraits of celebrities like Eminem, Bob Marley or Elvis Presley. A Belgian artist born in the Ivory Coast, Heine is most famous for his Pencil vs Camera series, which was covered by many of the major online media outlets, but his Digital Circlism portraits are equally, if not more impressive. Using a sharp round brush in Photoshop CS4, he applies thousands of circles on a black background, until he creates a colorful, realistic portrait.

Neoclassicism Term coined in the 1880s to denote the last stage of the classical tradition in architecture, sculpture, painting and the decorative arts. Neo-classicism was the successor to Rococo in the second half of the 18th century and was itself superseded by various historicist styles in the first half of the 19th century. It formed an integral part of the enlightenment in its radical questioning of received notions of human endeavour. It was also deeply involved with the emergence of new historical attitudes towards the past—non-Classical as well as Classical—that were stimulated by an unprecedented range of archaeological discoveries, extending from southern Italy and the eastern Mediterranean to Egypt and the Near East, during the second half of the 18th century. The new awareness of the plurality of historical styles prompted the search for consciously new and contemporary forms of expression.

The Teacher’s Guide to Using YouTube in the Classroom YouTube is one of the most popular websites on the planet and a vast resource for educational content. The site is home to over 10 million videos tagged as educational, many of them submitted by your fellow teachers. A completely free resource this huge and varied has nearly endless potential for the classroom. Here are some ideas and suggestions to get you started. Ways to Use YouTube in the Classroom