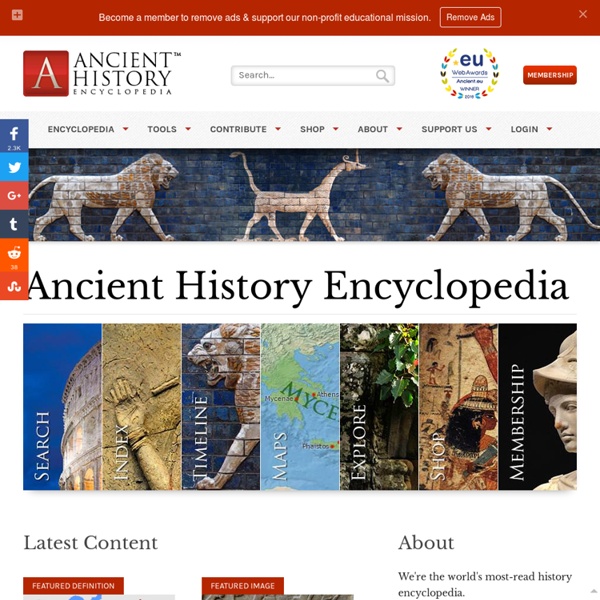 Explore Ancient Egypt Explore Ancient Egypt With 360-degree and other imagery, walk around the Sphinx, enter the Great Pyramid, visit tombs and temples, and more. Want to walk around the Sphinx? Clamber inside the Great Pyramid of Giza and seek out the pharaoh's burial chamber? Visit the magnificent tombs and temples of ancient Thebes? In this multi-layered, highly visual interactive, view 360° panoramas, "walkaround" photos, and other breathtaking imagery shot throughout the Giza Plateau and ancient Thebes (modern-day Luxor), often with special permission. Neanderthals cared for each other and survived into old age – new research When we think of Neanderthals, we often imagine these distant ancestors of ours to be rather brutish, dying at a young age and ultimately becoming extinct. But new findings show that at least some of these ancient Neanderthals survived into old age – despite suffering from sickness or diseases. Neanderthals were hunter-gatherers, living in harsh environments, mostly colder than today. And of course they had to face different dangers to modern humans – not only during the hunt, but also because they shared ecosystems with large carnivores such as lions, leopards and hyenas. But despite this harsh life of the hunter gatherer, our research indicates that some Neanderthals lived to be fairly old and even had some of the signs of age related illnesses – such as degenerative lesions in the spine, consistent with osteoarthritis.

Classical Period, 900 - 290 BC Detailed Timeline of European History Classical Period (900 - 290 BC) Beginning of Western Culture and Philosophy Go to European History Interactive Map Roman Army - Recruitment, Legions, Siege Warfare & More Evolution of the Roman Army: Recruitment of Soliders for the Roman Army: The Roman army changed over time. The consuls had the power to recruit troops, but in the last years of the Republic, provincial governors were replacing troops without the approval of the consuls.

Ancient stone tools found on Sulawesi, but who made them remains a mystery Another collection of stone tools dating back more than 50,000 years has been unearthed on the Indonesian island of Sulawesi. Details of the find, at a rock-shelter known as Leang Burung 2, are described in our paper out today in PLOS ONE. But we uncovered no human fossils, so the identity of these tool-makers remains a mystery. In 2016 we reported the discovery of similar findings dating to 200,000 years ago on Sulawesi, and we also have no idea who made them. The earliest Sulawesi tools are so old that they could belong to one of several human species. Candidates include Homo erectus and Homo floresiensis, the dwarf-like “Hobbits” of Flores.

Tradition and Memory: World Civilizations to 1500 Welcome to the World Wide Web resources, student work, and student discussion attached to General Education 110, World Cultures to 1500, taught by Richard Hooker at Washington State University. This web course has a long and productive history involving students in collaborative and constructivist work with each other and with others outside the course. This course is now being offered as a distance-learning course integrating distant learners with the on-site classroom. If you are not taking the course, feel free to look at our schedule and our readings and join in on our discussions and our "discussion quizzes" with your ideas and knowledge.

Cuneiform: 6 things you (probably) didn’t know about the world’s oldest writing system Distinguished by its wedge-shaped marks on clay tablets, cuneiform script is the oldest form of writing in the world, first appearing even earlier than Egyptian hieroglyphics Tuesday 26th May 2015 Submitted by: Emma Mason