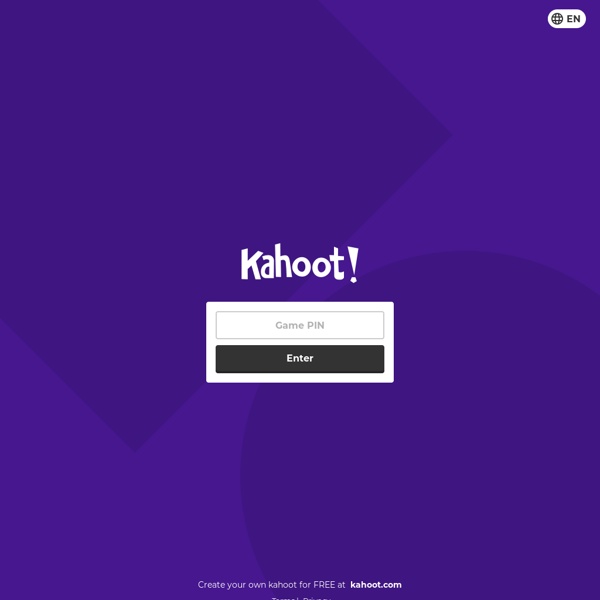 CyberWise Digital Citizenship Games Sometimes to learn Digital Citizenship skills you just gotta play! So we've rounded up some online games that teach kids critical digital citizenship and online safety skills. Click on the images below and give them a spin. gsuite.google Información general Generates a downloadable word cloud, other features include control over number of words, dropping words auto pretty & word tables Use this add-on to quickly assess what your emerging theme is, how to best categorize your document, or if it is someone's else's document - find out the theme of the document without reading it. Download it with the click of a button The #1 Word Cloud add-on for Google Docs just got tricked out. Loads of new features including colorful clouds, downloads in two sizes and your choice of palettes.

Navigating the information landscape through collaboration Elizabeth Hutchinson, Head of Schools' Library Service in Guernsey, writes that information literacy is at the centre of student learning, making the role of library staff as important as ever. School libraries and school library professionals have a huge role to play in supporting teaching and learning within a school. I often hear visiting authors comment on being able to identify a good school by how well the library is used. School librarian Caroline Roche penned the phrase ‘heart of the school’, which is used to describe schools whose library is at the centre of learning. But just having a school library does not make students suddenly want to start reading or researching.

Solar Walk Free - Planètes Solar Walk Free - Explore the Universe and Planets is an impressive wealth of information about astronomy and space presented as an amazing 3D model of our Solar system that can be rotated and zoomed easily. It is a new highly attractive and engaging way to view the whole Solar system and learn a lot of interesting astronomy facts about planets and stars, dwarfs, satellites, asteroids, comets and other celestial bodies. Solar Walk Free is a planetarium 3D in your device.

ABOUT & CONTACT - Marco Aslan Marco was raised in a multi-cultural background in which traveling and hearing different languages in the household was normal. Marco was born in Mexico, and was raised in Uruguay and in Brazil. His father is Italian, and his mother is Uruguayan/French. World Trade Center The iconic twin towers of downtown Manhattan’s World Trade Center were a triumph of human imagination and will. Completed in 1973, the towers stood at 110 stories each, accommodating 50,000 workers and 200,000 daily visitors in 10 million square feet of space. They were the hub of the bustling Financial District, a top tourist attraction and a symbol of New York City’s–and America’s–steadfast devotion to progress and the future. On September 11, 2001, the World Trade Center became the target of a massive terrorist attack that took the lives of nearly 3,000 people. The disaster also radically altered the skyline of New York City, destroying the twin columns of glass and steel that over the years had come to embody the city itself. World Trade Center: A Dream Is Born

Word Cloud Generator How the Word Cloud Generator Works The layout algorithm for positioning words without overlap is available on GitHub under an open source license as d3-cloud. Note that this is the only the layout algorithm and any code for converting text into words and rendering the final output requires additional development. As word placement can be quite slow for more than a few hundred words, the layout algorithm can be run asynchronously, with a configurable time step size. This makes it possible to animate words as they are placed without stuttering.

School librarian - unsung heroes of literacy When talking about teaching and learning, most people don’t immediately think of librarians. But in a school where the librarian or learning resource centre manager is valued and properly made use of, we can teach important skills. Librarians are in the privileged position of being able to work with teachers across all subjects and students of all ages, observing the inner workings of a school from a slight distance. Powtoon Connect - Aplicaciones en Google Play Powtoon is a world-leading visual communication platform that enables anyone — from novice to pro — to create professional-looking, engaging videos and presentations in 20 minutes or less. Powtoon Connect makes it even easier to make videos by letting you add mobile media directly to the Powtoon Studio, and view and share your completed videos with your audience — straight from your phone.More than 20 million people, including 96% of Fortune 500 companies, use Powtoon to increase employee engagement, customer delight, and business results with explainer videos, promotional videos, social ads, internal communications, training materials, and more.Top Features:* Upload images and videos directly from your phone to the Powtoon Studio* Record a voiceover on your phone and upload it to the Powtoon Studio* Play your Powtoon and share it with other users

Touchable Memories This EFL lesson plan is designed around a short film titled Touchable Memories by Marco Aslan, and the theme of photos and memories. In the film five people who have lost their sight share their stories about how they “see” a photograph. The moving short film explores how 3D printing can help the blind “see” photographs for the first time, by offering a tangible version of a still photograph. Students describe a photo which is important to them and describe the memories it brings back. They talk about blind people and memories. They watch a short film, make notes, and speculate about how blind people “see” photos. What Happened On September 11, 2001? (Child-Friendly, 9+) WatchKnowLearn ratings are intentionally harsher than what you might find on YouTube, for example. Most of our videos have been imported by people who want to use them with kids, not by the creators of the videos. We take a hard-nosed attitude toward quality. Four and five stars should be reserved for really excellent quality.

Charrette A charrette (pronounced [shuh-ret]), often Anglicized to charette or charet and sometimes called a design charrette, is an intense period of design or planning activity. Charrettes in general[edit] The word charrette may refer to any collaborative session in which a group of designers drafts a solution to a design problem. While the structure of a charrette varies, depending on the design problem and the individuals in the group, charrettes often take place in multiple sessions in which the group divides into sub-groups. Each sub-group then presents its work to the full group as material for further dialogue.

Bloomin' Apps This page gathers all of the Bloomin' Apps projects in one place.Each image has clickable hotspots and includes suggestions for iPad, Android, Google and online tools and applications to support each of the levels of Bloom's Revised Taxonomy.I have created a page to allow you to share your favorite online tool, iOS, or Android app with others. Cogs of the Cognitive Processes I began to think about the triangular shape of Bloom's Taxonomy and realized I thought of it a bit differently.Since the cognitive processes are meant to be used when necessary, and any learner goes in and out of the each level as they acquire new content and turn it into knowledge, I created a different type of image that showcased my thoughts about Bloom's more meaningfully.Here is my visual which showcases the interlocking nature of the cognitive processes or, simply, the "Cogs of the Cognitive Processes". IPAD APPS TO SUPPORT BLOOM'S REVISED TAXONOMYassembled by Kathy Schrock​