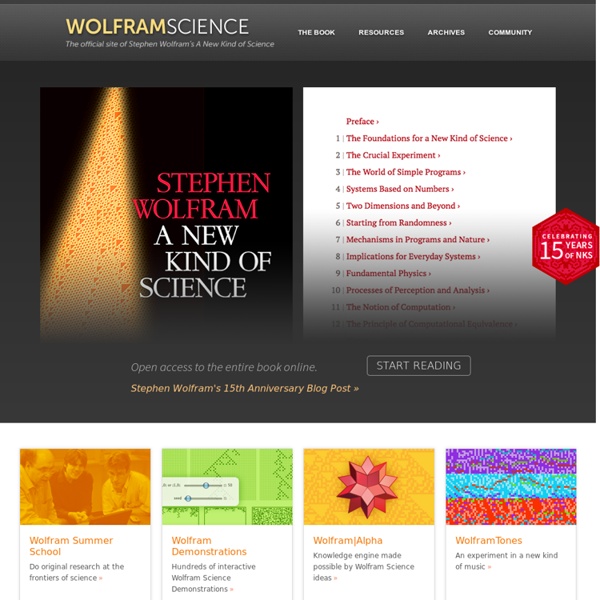 Elementary Particle Explorer Welcome to the Elementary Particle Explorer, designed by Garrett Lisi and Troy Gardner. Every known elementary particle is identified by its charges with respect to the electromagnetic, weak, strong, and gravitational forces. Electrons have electric charge -1, up quarks 2/3, down quarks -1/3, and neutrinos 0, with antiparticles having opposite electric charges. In the Standard Model, as you are about to see, these electric charges are a combination of the particles' hypercharge, Y, and weak charge, W. Digital Designs for Physical Objects Days Remaining: 0 Could you live on Mars? Certainly not without great design and engineering. That's why we, in cooperation with NASA's Jet Propulsion Laboratory, are excited to present the Makerbot Mars Base Challenge. Taking Mars’ extreme cold, high radiation levels, lack of oxygen, and frequent dust storms into consideration, design a utilitarian Mars base that can withstand the elements and maybe even make you feel at home, despite being 140 million miles away from Earth, on average.

Stephen Wolfram Stephen Wolfram (born 29 August 1959) is a British scientist,[7] known for his work in theoretical physics, as the chief designer of the Mathematica software application and the Wolfram Alpha answer engine, as well as the CEO of Wolfram Research, and the author of A New Kind of Science.[2][8][9][10][11][12][13] Background[edit] Wolfram's parents were Jewish refugees who emigrated from Germany to England in the 1930s.[5][14] Wolfram's father Hugo was a textile manufacturer and novelist (Into a Neutral Country) and his mother Sybil was a professor of philosophy at the University of Oxford.[15] He has a younger brother, Conrad Wolfram.[16] Wolfram is married to a mathematician and has four children.[17]

Mathalicious The World Is an Interesting Place. Math Class Should Be, Too. At Mathalicious, we think the world is an interesting place full of interesting questions. Do people with small feet pay too much for shoes? Do taller Olympic sprinters have an unfair advantage? How have video game consoles changed over time…and are we building the Matrix? Processing - Please Wait. "An Exceptionally Simple Theory of Everything"[1] is a physics preprint proposing a basis for a unified field theory, very often referred to as "E8 Theory,"[2] which attempts to describe all known fundamental interactions in physics and to stand as a possible theory of everything. The paper was posted to the physics arXiv by Antony Garrett Lisi on November 6, 2007, and was not submitted to a peer-reviewed scientific journal.[3] The title is a pun on the algebra used, the Lie algebra of the largest "simple", "exceptional" Lie group, E8. The theory received accolades from a few physicists[citation needed] amid a flurry of media coverage, but also met with widespread skepticism.[4] Scientific American reported in March 2008 that the theory was being "largely but not entirely ignored" by the mainstream physics community, with a few physicists picking up the work to develop it further.[5]