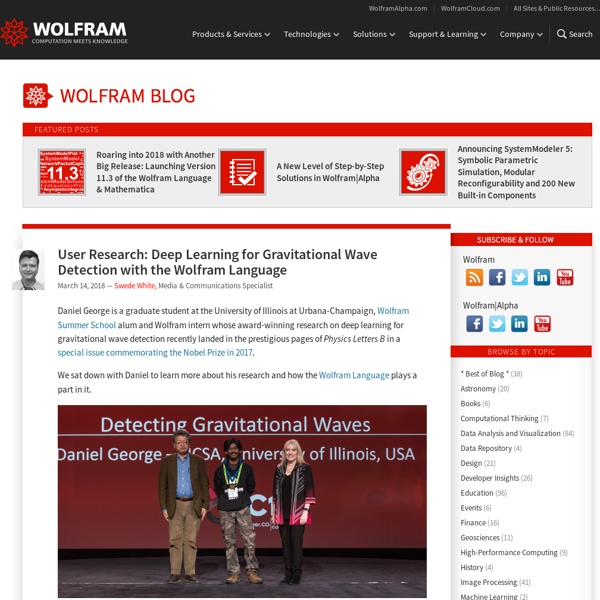 MathBin.net - Math pastebin for equation rendering Dan Cohen’s Digital Humanities Blog EPIK.SCIENTIFIK.FR What is Twitter and Why Scientists Need To Use It. Bora Zivkovic an expert about scientific blogging and microblogging, and chair of ScienceOnline states that Twitter forces one to think about the economy of words, to become much more efficient with one’s use of language. It takes work and thought and practice to get to the point of tweeting truly well. Perhaps the best way to think of Twitter as relevant to science was put forth by James Dacey It’s been compared to a cocktail party where multiple conversations, all taking place at once, result in that familiar cacophony of chitchat. How is Twitter used? Twitter is increasingly becoming a platform for breaking news, including new scientific discoveries. Can meaningful content be conveyed on Twitter? Much like blogs were viewed five years ago, many may ask whether this is another social medium used by youth to broadcast their daily inane events. In paper published in BioScience, John Eisen commented that “To do science, you have to know what’s going on in science,” Eisen says. Dr.

mathématiques : cours et exercices de mathématiques, forums... What Are We Made Of? : Through The Wormhole What are the biological differences between different races? Genetic anthropologists have discovered that up to 7 percent of our genes have mutated to new forms in the past 50,000 years. These changes are not just related to skin and eye color, but also to our bones, our digestive systems, and even our brains. Some of these genetic mutations are specific to certain racial groups. This leads to an unsettling question. Could the brains of different races be different? Or will the natural evolution of the brain continue, making our distant offspring far smarter than us?

citron.9grid.fr - Page d'accueil Hypnosis reaches the parts brain scans and neurosurgery cannot | Vaughan Bell | Science Whenever AR sees a face, her thoughts are bathed in colour and each identity triggers its own rich hue that shines across her mind's eye. This experience is a type of synaesthesia which, for about one in every 100 people, automatically blends the senses. Some people taste words, others see sounds, but AR experiences colour with every face she sees. But on this occasion, perhaps for the first time in her life, a face is just a face. If the experience is novel for AR, it is equally new to science because no one had suspected that synaesthesia could be reversed. The surprising reversal of AR's synaesthesia was reported in a recent study by psychologist Devine Terhune and his colleagues at Lund University in Sweden. When the colour of the onscreen face clashed with the colour that appeared in her mind's eye, she reacted slowly, as if trying to read traffic lights through tinted glasses. But perhaps even more mysterious is why we have the capacity to be hypnotised at all.

The Game of Life What is the Game of Life? by Paul Callahan Rules of the Game of Life Life is played on a grid of square cells--like a chess board but extending infinitely in every direction. A cell can be live or dead. To apply one step of the rules, we count the number of live neighbors for each cell. A dead cell with exactly three live neighbors becomes a live cell (birth). Note: The number of live neighbors is always based on the cells before the rule was applied. In Life, as in nature, we observe many fascinating phenomena. The rules described above are all that's needed to discover anything there is to know about Life, and we'll see that this includes a great deal. Life Patterns A good way to get started in Life is to try out different patterns and see what happens. The R-pentomino is the first pattern Conway found that defied his attempts to simulate by hand. What Kinds of Objects Emerge in Life? Still Life Objects Some of the most common objects in Life remain the same from step to step. Buttons

Scientia Pro Publica 41: the IgNobel Edition - Deep Thoughts and Silliness Blog | Nature Publishing Group Over at the Scholarly Kitchen, everyone’s favourite source material for winding up OA advocates, Phil Davis asked about something only tangentially related: Do Uninteresting Papers Really Need Peer Review? In it he lays out a view that is perhaps selfish, but understandably so. He outlines why he only agrees to review few papers, and what sort he will review: For me to accept an invitation to review, a paper has to report novel and interesting results. Which; I guess, means he’s only interested in reviewing a small percentage of papers that come his way. Davis’ solution to the problem is to suggest that a boring paper doesn’t need to be reviewed fully: Perhaps all that is needed is to send null and confirmational results through perfunctory editorial review. As an editor, my reaction to this is “eek”. Finding the right outlet is something that editors can certainly help with through a perfunctory review. Would this help? Is this something we should try at JNR-EEB?