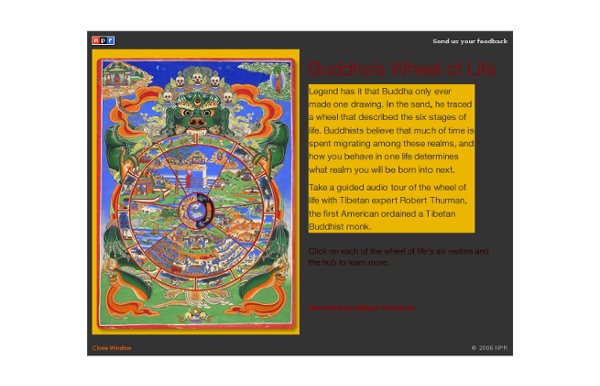 Lojong Lojong (Tib. བློ་སྦྱོང་,Wylie: blo sbyong) is a mind training practice in the Tibetan Buddhist tradition based on a set of aphorisms formulated in Tibet in the 12th century by Geshe Chekhawa. The practice involves refining and purifying one's motivations and attitudes. The fifty-nine or so slogans that form the root text of the mind training practice are designed as a set of antidotes to undesired mental habits that cause suffering. Eye Movement and Lying - How to detect lies Interesting Info -> Lying Index -> Eye Direction & Visual Accessing Cues Eye Movement and Direction & How it Can Reveal Truth or Lies This is a continuation of our previous article Detecting Lies. Many comments by our visitors asked about how eye direction can indicate the presence of a lie. Can the direction a person's eyes reveal whether or not they are making a truthful statement?

eBooks: Welcome Welcome to Buddhanet eBook!s! Here you will find our extensive collection of eBooks that were created by the Buddha Dharma Education Association Inc. for BuddhaNet.Net. The collection covers a large range of topics, from childrens books to art and history, spanning Mayahayana, Theravada and other Buddhist traditions. You will find more eBooks archived in the BuddhaNet File Library. Map of Consciousness A Powerful Framework For Your Personal Growth In this article, I’m very excited to share with you the map of consciousness, developed by Dr. David Hawkins in Power vs Force. This is the same map I alluded to in Are You Sleepwalking Your Life Away? Part 2 post.

Buddhism: a diagram I created this diagram to assist my future posts on Buddhist themes. Below are links and texts to help explain the outline. It is my hope that this diagram aids the reader in visually organizing the dharma (the Buddha’s teachings) in a way that makes it easier to remember, question and discuss. Sectarianism: Just as in Christianity, Islam, Judaism, Hinduism …, Buddhism has a plethora of sects. Mindfulness In Plain English A PDF preview from the 20th edition - Click Here Special Offer - 20% Off the latest edition / The 20th Anniversary Edition - eBook or paperback / See Below "Mindfulness in Plain English" has been on UrbanDharma.org a while now for free download, but the edition I posted years ago was the first edition and is now rather dated. Over the last few months I have been in contact with the publisher at Wisdom Publications about M.I.P.E... I have come to understand any money that would have gone to Wisdom Publications (a non-profit publisher of Buddhist books) and the author Ven. Henepola Gunaratana to support his Buddhist Center the Bhavana Society, is forever lost.

15 Inspirational Pictures There are times when life punches down everybody. But Rocky isn’t the only one who can get back up again. With the right amount of inspiration, you can soldier on, no matter how tough things get. To help you out, we’re sharing 10 inspirational picture-quotes below. Check them out.