The best free cultural & educational media on the web 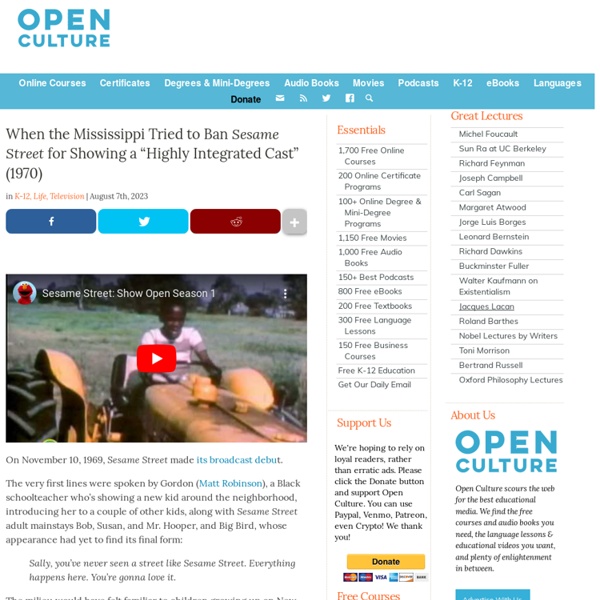 Game of Awesome / Teaching & learning resources / Success for Boys - Success for Boys Game of Awesome is a card game for 3-6 players designed to engage and inspire kids, specifically boys, to tell stories and learn to write. Playing the game helps students generate ideas quickly which they can explore, expand and write stories. The basic game has been produced as four sets of cards containing topics, themes and ideas that students years 5-8 will find interesting, involving and often ridiculous! The cards can be used independently or mixed and matched to create new combinations and infinitely more ideas. The game is easy to learn for both students and teachers, quick to play and easily employs a range of learning outcomes by using new rules, templates and other teacher support materials provided as free downloadable, printable files. Watch the video to find out why Game of Awesome is worth checking out!

Where to Find Good Educational Videos There’s a right and a wrong way to use videos in the classroom. Not all videos are primed for instructional use, and not all instruction lends itself to video. However, pairing a great video with the tools students need to engage with it can lead to a deeper understanding of or alternate perspective on what’s being taught. Young Adult Library Services Association (YALSA) YALSA's Teen Book Finder is a free online database and app to help teens, parents, librarians and library staff, educators, and anyone who loves YA literature access nearly 4,000 titles recognized YALSA's awards and lists on their smartphone. Have an Android phone? Download the Android version now! Have an iPod Touch or an iPhone? Download the iOS app now! App features include:

Teaching With Historical Newspapers - An LOC Webinar Recording There are two sites that often refer people to when I'm asked about locating copies of old newspapers. The first is the Google Newspaper Archive. The second is the Chronicling America collection from the Library of Congress. The Chronicling America collection contains more than 2,600 digitized copies of newspapers printed in the United States between 1789 and 1963. You can search through the collection according to date, state in which the newspaper was published, and keyword.

The Questioning Toolkit - Revised The first version of the Questioning Toolkit was published in November of 1997. Since then there has been substantial revision of its major question types and how they may function as an interwoven system. This article takes the model quite a few steps further, explaining more about each type of question and how it might support the overall investigative process in combination with the other types. PowerMyLearning Connect Collaborate with teachers in your school Engage families in the learning process Mix and match educator-curated activities Design your own flexible playlists Association for Library Service to Children (ALSC) 2018 ALSC Book & Media Award winners 2018 Award Acceptance Speeches 2017 Book and Media Awards 2017 Award Acceptance Speeches Watch the 2017 Newbery-Caldecott-Wilder Banquet View Reaction Videos from the 2017 Youth Media Award Winners

The LOC Launches the National Screening Room Online The Library of Congress has a new online collection called the National Screening Room. The National Screening Room currently contains 287 videos. The videos are digital copies of films made in the 19th and 20th centuries. You can browse the collection by date, location of the filming, and subject. You can also search for videos that are parts of other LOC collections. Productivity vs. Getting Things Done This post originally appeared on the Exist blog. I’ve been a sucker for so-called “productivity porn” for a while. I still am, to some degree, but I’ve been working hard to cure myself of this time-wasting habit and I’m getting a lot closer to that.

Control Alt Achieve: Black Out Poetry with Google Docs March 21st is World Poetry Day, so this is a good time to revisit some ideas for creative ways for students to write poems. In the past I have shared activities for Random Writing Prompts for Poems, as well as drag-and-drop "magnetic" poetry templates in a Winter Theme and a Valentine's Day Theme. Another fun way to engage students in poetry is by having them create "Black Out" poems.

Search Record: foundAbstract: foundArticle: not found Artificial sweeteners induce glucose intolerance by altering the gut microbiota. Non-caloric artificial sweeteners (NAS) are among the most widely used food additives worldwide, regularly consumed by lean and obese individuals alike. NAS consumption is considered safe and beneficial owing to their low caloric content, yet supporting scientific data remain sparse and controversial. Here we demonstrate that consumption of commonly used NAS formulations drives the development of glucose intolerance through induction of compositional and functional alterations to the intestinal microbiota. These NAS-mediated deleterious metabolic effects are abrogated by antibiotic treatment, and are fully transferrable to germ-free mice upon faecal transplantation of microbiota configurations from NAS-consuming mice, or of microbiota anaerobically incubated in the presence of NAS.

Young Adult Library Services Association (YALSA) *YALSA has launched the new Teen Book Finder Database, which is a one-stop shop for finding selected lists and award winners. Users can search this free resource by award, list name, year, author, genre and more, as well as print customizable lists. This new resource will replace the individual award and list web pages currently on YALSA’s site that are not searchable and that are organized only by year. Awards & Seals | Selected Lists I Teen Book Finder app & database I Committee Contacts | Additional Resources

.. I like the idea of free films ... Feel free to imagine, what you want, to copy to edit pictures and sequences ;-) by heikoidensen May 15