The Use of Reinforcement and Punishment in Shaping a Child's Behavior 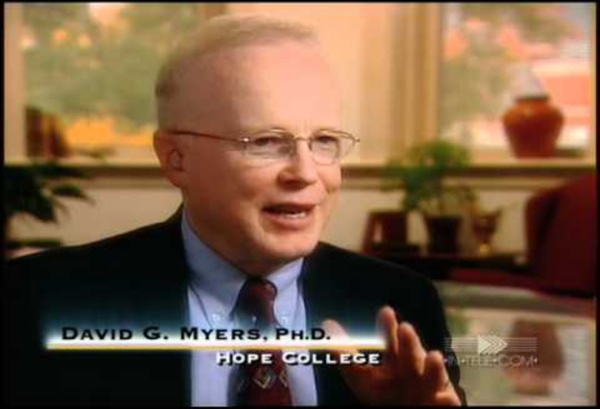 Developmental Psychology at Vanderbilt Jacob Lee and Matthew Snodgress There is no one individual who influences the development of a child more than the parent. Every aspect of the child’s progression through life, beginning with their genetic makeup, is greatly influenced, if not completely determined by, the parent figure in the child’s life. Parent figures choose the climate which the child will grow up in. Whether that is in regard to family dynamics, intellectual stimulation, or social development. One way parents dictate the development of their child is through discipline.

Article 6: "Why Teenagers Act Crazy" Another patient I saw in consultation recently, a 23-year-old woman, described how she became anxious when she was younger after seeing a commercial about asthma. “It made me incredibly worried for no reason, and I had a panic attack soon after seeing it,” she said. As an older teenager, she became worried about getting too close to homeless people and would hold her breath when near them, knowing that “this was crazy and made no sense.” B. J. Reinforcement vs. Punishment: Changing Behavior Being a parent has been known as the best thing ever BUT also the most challenging endeavor you will encounter in your lifetime. Parents strive to raise a healthy and happy child that will one day grow up as a full-fledged mature and independent adult. But to successfully accomplish this goal, a parent must set forth structure or rules throughout their childhood to help them understand and be realigned when their behavior needs to be modified. When a parent recognizes the need to change a behavior, they will likely end up using either reinforcement, punishment, or a mixture of both. When we’re helping to decrease the frequency of a child’s negative behavior, having the reinforcement or punishment methods in our toolkit can help you modify and implement the desired behavior.

What Is the Difference Between Reinforcement and Punishment? In a perfect world, you wouldn't need to worry about discipline, but all parents face situations that require intervention. The goal of discipline is to decrease the undesirable behaviors and increase the positive choices your child makes. Both reinforcement and punishment are ways to achieve that goal, but the methods have subtle differences that may make one better suited for your child. Reinforcement Basics Reinforcement focuses on increasing the desired behaviors in your child. How to Use Positive Reinforcement to Improve Your Child's Behavior When your child misbehaves, rewards might be the last thing on your mind. But, positive reinforcement can be one of the most effective behavior modification techniques.1 You can use positive reinforcement to encourage prosocial behaviors, like sharing or following directions. And, you can use it to prevent misbehavior, like hitting and rule violations. Positive reinforcement can also be an effective way to encourage and motivate your child to be responsible, do their chores, get along with their siblings, or complete their homework assignments without arguing. How Positive Reinforcement Works Most adults go to work so they can receive a paycheck.

Article 5: "13 Positive And Negative Influences Of Media On Teenagers" Image: Shutterstock “Whoever controls the media, controls the mind,” said famous singer and songwriter Jim Morrison. Media plays an important role in shaping the ideas and beliefs of teens. In fact, continuous exposure to media has proven to impact a child’s social, physical, and mental development. In this post, we share with you the impact of media on teens with some relevant tips on how to handle media influence on children and adolescents. Positive Effects Of Media On Teens Negative Reinforcement: What Is It and How Does It Work? What is negative reinforcement? Negative reinforcement is a method that can be used to help teach specific behaviors. With negative reinforcement, something uncomfortable or otherwise unpleasant is taken away in response to a stimulus. Over time, the target behavior should increase with the expectation that the unpleasant thing will be taken away. Read on to learn more about this type of learning. The relationship between behavior and consequences is part of a type of learning called operant conditioning.

Adolescent learning: rewards, punishments, and the importance of context: BOLD Adolescents’ unique sensitivity to rewards is thought to be due to increased activity in and communication between areas of the brain that respond to rewards. However, we also know that many of the same brain areas also respond to punishment and that there are dynamic changes occurring throughout the brain during adolescence. Much like the complexity of brain development, the story about how adolescents learn from reinforcement might not be so simple. “The way that adolescents learn from the choices that they have made in the past will ultimately influence their future choices and actions.” An in-depth review of studies examining how we learn from reinforcement across age shows mixed results. Contrary to the idea that adolescents may learn best from rewards, some studies find that adolescents actually learn more from punishment.

Positive Reinforcement in Teenagers Teenagers might need special incentives to learn skills, develop responsibility and make positive decisions about their conduct. One effective way to encourage the behaviors you want is to use the behavior management technique of positive reinforcement. Through positive reinforcement, you gradually make it more likely that your teenager will demonstrate the desired behaviors. Goals of Positive Reinforcement The beauty of positive reinforcement is that it teaches and motivates specific behaviors by using items or activities that appeal to your teenager, states Shannon Baranski, psychology professor with the Houston Community College. Instead of punishing your adolescent by taking away an item or a privilege, you harness the psychological power of a powerful incentive to encourage him to cooperate or perform.

Effective Consequences for Teenagers If you’re having trouble giving effective consequences to your teen, know that you are not alone. Many parents tell me that nothing seems to work, and that coming up with the right thing for their child can seem like an impossible task. If you’re the parent of an adolescent, you may have grounded your child, taken away their video games, or suspended their driving privileges for months on end. But as James Lehman says, you can’t punish kids into acceptable behavior—it just doesn’t work that way. “You can’t punish kids into acceptable behavior.” Rather, an effective consequence should encourage your child to change his behavior — whether that is abiding by the house rules, or treating people respectfully.