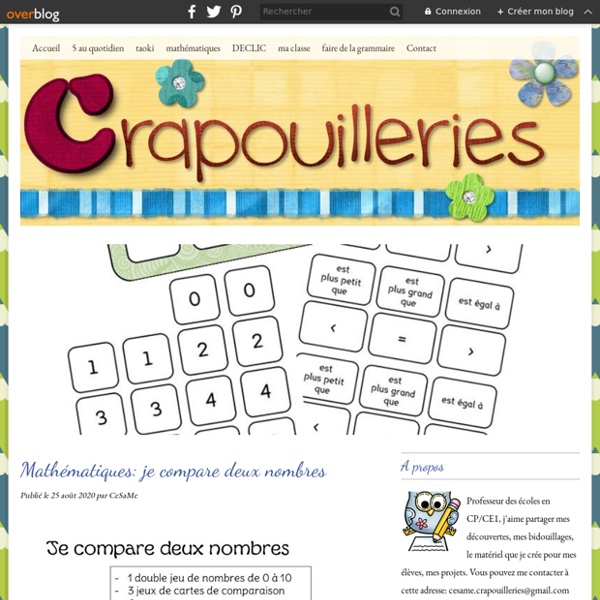 50 Cool Things to Do in Paris One of the best things about Paris is the sheer number of things there are to see and do—and, of course, eat! Our most recent trip to Paris was our second time to the magical City of Lights. This time around, we did a ton of research prior to our arrival in an effort to discover the best off-the-beaten-path restaurants, activities, shopping and attractions. We also wanted to leave time to re-discover a handful of quintessential Parisian landmarks. We didn’t have time to check everything off our Paris bucket list—with fifty things to do in just six days, we would have driven ourselves crazy if we tried. But even though we didn’t test out everything firsthand, we still wanted to make sure our hours of research went to good use.

Boucles d'or et les Trois Ours - Children's stories in French and English Goldilocks and the three bears Il était une fois trois ours: un papa ours, une maman ours et un bébé ours. Ils habitaient tous ensemble dans une maison jaune au milieu d'une grande forêt. 30 Difficult Words to Pronounce in French: Part 1 - Talk in French One of the most difficult things non-French speakers all agree on when learning French is the pronunciation. You’ll often hear French learners grumbling about: how to pronounce the letter u’s and the r’s, how to let the French words roll off the tongue without sounding funny, and how to say certain French words that almost seem impossible to pronounce. In some cases, these words are too difficult to say that you’d probably just have to avoid altogether any scenario that requires you to say the particular word, otherwise you’d go:

7 Awesome Songs to Help You Learn French with Music It was my first French class, and I broke out into a cold sweat. Everyone in the class knew some French, except for me—I didn’t speak a single word. It was hard to stay interested in a class where I could barely understand anything! It was a bleak situation, but luckily there was a turning point. My Home Page My Home Page Welcome Kensal Park Families to my class website! My name is Mme Selena Horrell and I am thrilled to be teaching your child. Spelling Letter & Book Report Information - optional until January! (1 baton per question) - scroll to the bottom of the page to download a copy. There will also be a copy in your child's black reading folder.

les symboles phonétiques les symboles phonétiques In the phonetic alphabet, a single symbol or letter corresponds to a single sound, unlike the traditional alphabets of English or French. The phonetic alphabet is provided here as a means for indicating pronunciation more consistently and precisely. Note that a single French sound may correspond to several different spellings or combinations of letters. 50 French Expressions and Slang to Sound Fluent MORE French Expressions & Slang Need more French expressions and slang to sound more fluent? These useful French expressions, words and slang are probably skipped in French class. We compiled a SECOND list of colloquial words you’ll hear in France.

the tattooed teacher: it's time...back from break plans as much as I am not ready mentally, physically, or emotionally I don't have a choice! I have to go back to work tomorrow! We had a workday Friday I didn't work my own personal rebellion I guess but it only hurts me I guess! Le son "g" - 6 cookie barclose This website makes use of cookies to enhance browsing experience and provide additional functionality. None of this data can or will be used to identify or contact you. This website makes use of third party cookies, see the details in the privacy policy. It's the First Day Teaching Your French Class—Now What? It's the first day of the semester and you're teaching the first day of your French class. What should you do? Engaging in some warm-up exercises is a good way to ease students into the new work.