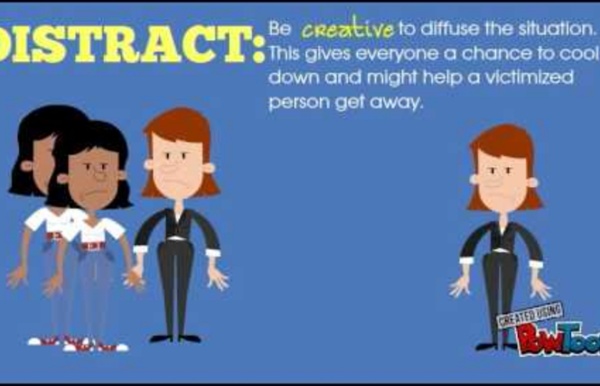 Addressing Bullying: Teaching Children to Be Active Bystanders - Committee for Children Bullying negatively affects all children socially, emotionally, and academically, whether they’re victims, offenders, or bystanders. These small moments in one’s childhood may sound trivial, but the lasting effects for those who have been bullied can be as severe as developing an anxiety or depressive disorder. Addressing bullying has less to do with the person who’s bullying and more to do with those who observe it, whether in the classroom, a social setting, or online. How To Counteract The Bystander Effect - University of Pittsburgh Student EMS Counteracting The Bystander Effect It is a beautiful spring day in Oakland. There are just a few weeks left until summer break and everyone is ready to go home. You are in Cathy studying and you see that the person a few tables over seems to be passed out. You notice they haven't moved in hours.

Winston Moseley, Who Killed Kitty Genovese, Dies in Prison at 81 While there was no question that the attack occurred, and that some neighbors ignored cries for help, the portrayal of 38 witnesses as fully aware and unresponsive was erroneous. The article grossly exaggerated the number of witnesses and what they had perceived. None saw the attack in its entirety. Only a few had glimpsed parts of it, or recognized the cries for help. Many thought they had heard lovers or drunks quarreling. There were two attacks, not three.

Bystander Effect: What Is It and What You Can Do About It What the bystander effect looks like A little after 3 a.m. on March 13, 1964, Catherine “Kitty” Genovese parked her car and walked to her apartment in Queens, New York, after finishing her shift as a bar manager. Serial killer Winston Moseley was out to victimize someone that night. Outrage in China after toddler run over, ignored - CNN Gruesome footage of a toddler falling victim to two successive hit-and-run accidents and then being ignored by many passers-by at the scene last week in southern China continued to galvanize the nation Monday, prompting a fierce debate on the state of morality in Chinese society. A security camera captured the horrific incident last Thursday outside a hardware market in Foshan, Guangdong Province. Two-year-old Wang Yue was seen toddling in the middle of a narrow street and looking around, oblivious to a fast-approaching white van. The disturbing video shows the van knocking the girl over. The driver briefly stops with the girl underneath the van, before continuing on, its rear tires slowly rolling over her small body.

Bystanders to Bullying Someone who witnesses bullying, either in person or online, is a bystander. Friends, students, peers, teachers, school staff, parents, coaches, and other youth-serving adults can be bystanders. With cyberbullying, even strangers can be bystanders. Youth involved in bullying play many different roles. Toddler incident in China shows 'volunteer's dilemma' A security camera video of a toddler being run over twice on a street in China has swept across the Web in recent days and has drawn a chorus of horrified denunciations. How, we wonder, could so many passers-by have so callously ignored the girl's plight? As humans, we are horrified when we learn that a person in distress is not helped, even when, as in this case, many potential helpers are present. Our horror increases if the person is victimized in a particularly vicious or careless way by fellow human beings.

My colleague was harassed by a male passenger on the MRT and nobody helped. Here's what I'd have done. - The Pride What would you do if you were a female passenger on the MRT and a male passenger started harassing you? A lovely, young female colleague of mine had that frightening experience last week. While watching a movie on her smartphone in a somewhat empty train cabin, a guy in his 30s who was sitting two seats away from her – with an empty seat separating them – reached out his hand and brushed her upper arm. She regarded him, whereupon he started making a face – moving his lips to simulate a kiss. She ignored him and carried on watching her movie, but the man repeated this several times.

Bystander effect Bystander effect, the inhibiting influence of the presence of others on a person’s willingness to help someone in need. Research has shown that, even in an emergency, a bystander is less likely to extend help when he or she is in the real or imagined presence of others than when he or she is alone. Moreover, the number of others is important, such that more bystanders leads to less assistance, although the impact of each additional bystander has a diminishing impact on helping. Investigations of the bystander effect in the 1960s and ’70s sparked a wealth of research on helping behaviour, which has expanded beyond emergency situations to include everyday forms of helping. By illuminating the power of situations to affect individuals’ perceptions, decisions, and behaviour, study of the bystander effect continues to influence the course of social psychological theory and research.

The murder of "Kitty" Genovese that led to the Bystander Effect & the 911 system Catherine “Kitty” Genovese was a 28-year-old woman who was brutally murdered outside of her Queens apartment in New York City on March 13, 1964. Genovese’s attack lasted around 30 minutes as she was stabbed 14 times by a man named Winston Moseley. It was originally reported that there were 38 bystanders who turned their back on Genovese’s early morning cries for help, shutting their doors to silence her screams. Although that judgment was later proven to be inaccurate, the murder was considered the driving force behind our emergency 911 system today and the discovery of the term that so many psychologists are still researching: “The Bystander Effect.” It was around 3 o’clock in the morning when Genovese arrived home from managing a local bar where she worked.

Three tips to act as Upstander by sainiaris Mar 25

How can we counteract the bystander effect? Let's watch this video to find out! (Clue: look out for the 3D's in the video) by sherylgoh001 Mar 21