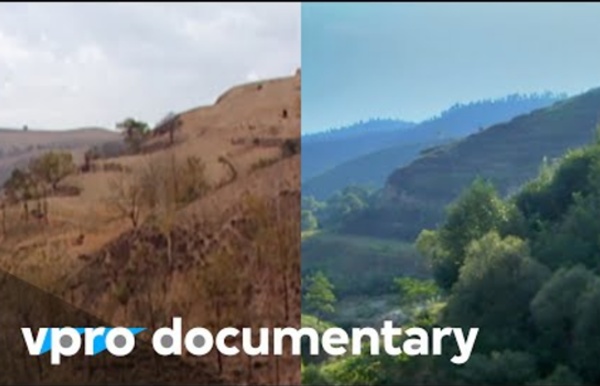 Related:  Red-Hot • Alternatives • The Only Earth We Have • Restoring Deserts • environment

The Social Life of Forests The Social Life of Forests By Ferris Jabr Photographs by Brendan George Ko As a child, Suzanne Simard often roamed Canada’s old-growth forests with her siblings, building forts from fallen branches, foraging mushrooms and huckleberries and occasionally eating handfuls of dirt (she liked the taste). Her grandfather and uncles, meanwhile, worked nearby as horse loggers, using low-impact methods to selectively harvest cedar, Douglas fir and white pine. They took so few trees that Simard never noticed much of a difference. The forest seemed ageless and infinite, pillared with conifers, jeweled with raindrops and brimming with ferns and fairy bells.

untitled A wildlife crossing structure on the Trans-Canada Highway in Banff National Park, Canada. Wildlife-friendly overpasses and underpasses have helped restore connectivity in the landscape for wolves, bears, elk, and other species. Rewilding is large-scale conservation aimed at restoring and protecting natural processes and core wilderness areas, providing connectivity between such areas, and protecting or reintroducing apex predators and keystone species. Rewilding projects may require ecological restoration or wilderness engineering, particularly to restore connectivity between fragmented protected areas, and reintroduction of predators and keystone species where extirpated. How To Make Vegan Food For Your Dog I’m not a veterinarian nor a professional dog dietician. I can’t and don’t want to provide nutritional or medical advice in this post. I’m simply sharing my personal experience with vegan diets for dogs. If you have a question regarding your dog’s specific diet, please seek professional advice. Putting your dog on a vegan diet?

Open Building Institute: Eco-Building Toolkit by Marcin Jakubowski News on 7/12: We have just added the aquaponic greenhouse build for you at other locations as a reward. See the largest rewards, and if you want to participate in our November build, see intro video below -> We’re developing an open source eco-building toolkit to make the construction of ecological housing easier, cheaper, faster—and put it within the reach of everyone. The OBI toolkit is entirely open source—free to use and modify—and will enable anyone to:

Mushrooms as Rainmakers: How Spores Act as Nuclei for Raindrops Abstract Millions of tons of fungal spores are dispersed in the atmosphere every year. These living cells, along with plant spores and pollen grains, may act as nuclei for condensation of water in clouds. ‘Snowglow’ Sounds Charming, But It’s a Menace to Night Skies One December evening, Andreas Jechow’s wife, Konny, looked out their window in Ludwigsfelde, Germany, a suburb about 15 miles south of Berlin. Although it was nighttime, the landscape was bathed in light. In fact, it was bright enough that she wanted to venture outside and build a snowman. But Jechow, a researcher studying light pollution at the IGB Leibniz-Institute of Freshwater Ecology and Inland Fisheries in Berlin, was preoccupied with the glow—so much so that he wondered whether the fun could wait. “I asked for permission to take data instead of building that snowman,” he says. “Permission was granted.

Watching Earth Burn I have a pastime, one that used to give me considerable pleasure, but lately it has morphed into a source of anxiety, even horror: earth-watching. Let me explain. The earth from space is an incomparably lovely sight. Root intelligence: Plants can think, feel and learn An article from this weeks New Scientist; With an underground "brain network" and the ability to react and remember, plants have their own kind of intelligence – and may even cry out in pain STEVE SILLETT has been hanging out with giants all his working life. He climbs and studies the canopies of giant redwoods along the coast of northern California. Sometimes, when traversing from the top of one tree to another, he is awestruck by the life that surrounds him.

Texas’s Gulf Coast Is Being Battered by ‘Nurdle’ Pollution This story was originally published by Undark and appears here as part of the Climate Desk collaboration. Last September, Jace Tunnell discovered a layer of tiny, round plastic pellets covering a beach on Padre Island off the southern coast of Texas. There were “millions of them,” he recalled, “and it went on for miles.” Tunnell, a marine biologist, knew exactly what the pellets were, but says he had never actually seen them before. They’re called nurdles, and they’re the pre-production building blocks for nearly all plastic goods, from soft drink bottles to oil pipelines.

The NED Strikes Again: Neocon Money is Funding the Hong Kong Protests It’s been a summer of unrest in Hong Kong, and the Western mainstream press has been in uproar providing non-stop coverage of what they’ve described as a “pro-democracy movement fighting for freedom” against the repressive Chinese government. Since March, thousands of protesters have taken to the streets each week, clashing with police and security forces, escalating into a fight over who should control Hong Kong’s future. The protests erupted over a proposed amendment to an extradition treaty between Hong Kong, Macau, China and Taiwan. Hong Kongers feared that the new treaty would allow the Chinese government to arrest and imprison dissidents or whomever from Hong Kong the government deems a threat, effectively ending freedom of expression. Hong Kong has been a haven for many anti-Beijing dissidents and political figures and many felt the proposed law would dilute the island city’s already limited independence.

New documentary about Canada's boreal forest reveals how it's in trouble, director says The director of a new documentary about Canada's boreal forest called Borealis says his team realized while making it that the iconic wilderness was in a lot of trouble — including in Alberta. "There's a big shot toward the end of the film where it's a drone shot that runs for like three minutes over Jasper National Park. And most of the trees are dead because of the mountain pine beetle," director Kevin McMahon told CBC Calgary's The Homestretch on Tuesday. Other parts of the forest, like around Grande Prairie, Alta., are also in trouble, he said — particularly because of drought. "We are collectively having a pretty considerable impact on the forest and Alberta is one of the places you can really see the evidence," said McMahon, whose film is a co-production between the company he co-founded, Primitive Entertainment, and the National Film Board of Canada.

Greening the Desert With Wastewater - Reasons to be Cheerful Trees are a rarity in Egypt. Ninety-six percent of the country is desert, and the parts that are not are either farmed intensively or populated densely, usually along the banks of the Nile. So when the row of towering trees appears on the horizon against the pale yellow sand and electric blue sky, I catch my breath. A Fata Morgana?