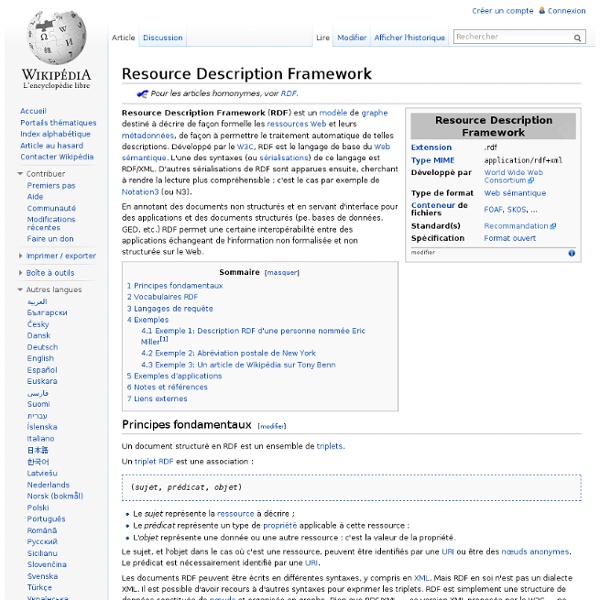 40 Killer Cheat Sheets for WordPress Developers 16inShare Developing a WordPress theme from scratch does not have to be difficult. But you do need to know about various technologies to build a sophisticated theme. It is very much the same case if you are interested in heavily modifying your existing theme. These cheat sheets should help you get a refresher on some of these web technologies.

[HowTo] PHP5 tutorial : MVC, FrontController, Template Engine, all in one WebApp - Hcini Ramy hello I’m going throughout this tutorial to help you implement the MVC design pattern via a Front Controller, coupled with a php template engine using php5 ! Indeed, web applications are getting bigger, that’s why we should organize our projects before attacking the “coding part” Required for this tutorial : PHP5, MVC, FrontController, Template Engines ! One more thing to add, the code written below is an implementation of the MVC design pattern, probably not the best and the most secure one, but it’s definitely a good start ! We’re going to use Smarty as a php template engine !

W3C Data Activity - Building the Web of Data More and more Web applications provide a means of accessing data. From simple visualizations to sophisticated interactive tools, there is a growing reliance on the availability of data which can be “big” or “small”, of diverse origin, and in different formats; it is usually published without prior coordination with other publishers — let alone with precise modeling or common vocabularies. The Data Activity recognizes and works to overcome this diversity to facilitate potentially Web-scale data integration and processing.

Introduction au Web sémantique The Semantic Web (more technically known as a "Web of data") allows the machines to understand the semantics, the significance of the information on the Web. It extends the network of links between Web pages classic by a network of link between structured data thus allowing agents automated to more intelligently access different sources of data on the Web and, in this way, tasks (research, learning, etc.) more accurate for users. The term was coined by Tim Berners-Lee, co-inventor of the Web and W3C Director, who oversees the development of Semantic Web standards proposals. Resource Description Framework - Wikipedia, the free encyclopedi The Resource Description Framework (RDF) is a family of World Wide Web Consortium (W3C) specifications[1] originally designed as a metadata data model. It has come to be used as a general method for conceptual description or modeling of information that is implemented in web resources, using a variety of syntax notations and data serialization formats. It is also used in knowledge management applications. RDF was adopted as a W3C recommendation in 1999. The RDF 1.0 specification was published in 2004, the RDF 1.1 specification in 2014. Overview[edit]

Preparing the Basic Structure - Spontaneous ∂erivation Wiki Notes The structure for ePub is more strict than for Mobipocket or, indeed, many other ebook formats. Here’s a step-by-step guide. epub files with php Note: The purpose of this post is not to go into detail about the epub standard, but to share a few tips and small hacks I came up with for dynamically creating compliant epub files in PHP. If you've come here looking for details about the epub standard, look at the end of this post for some handy reference links. The epub file format is an open e-book standard supported by a number of readers and tablet devices including Apple's new iBooks store and the IPad. With the previous imminent release of the IPad in Australia, I recently had the task at work of creating an epub builder for' the contents of a Drupal site.

Tools - Semantic Web Standards Overview This Wiki contains a collection of tool references that can help in developing Semantic Web applications. These include complete development environments, editors, libraries or modules for various programming languages, specialized browsers, etc. The goal is to list such tools and not Semantic Web applications in general (the interested reader may consider looking at the W3C SW Use Case Collection for those.) The tool content of this wiki is still to be maintained by the community and not by the W3C staff.

Scraping Web Pages with Scrapy - Michael Herman This is a simple tutorial on how to write a crawler using Scrapy (BaseSpider) to scrape and parse Craigslist Nonprofit jobs in San Francisco and store the data to a CSV file. If you don’t have any experience with Scrapy, start by reading this tutorial. Also, I assume that you are familiar with Xpath; if not, please read the Xpath basic tutorial on w3schools. Enjoy! Installation: Start by downloading and installing Scrapy and all its dependencies.