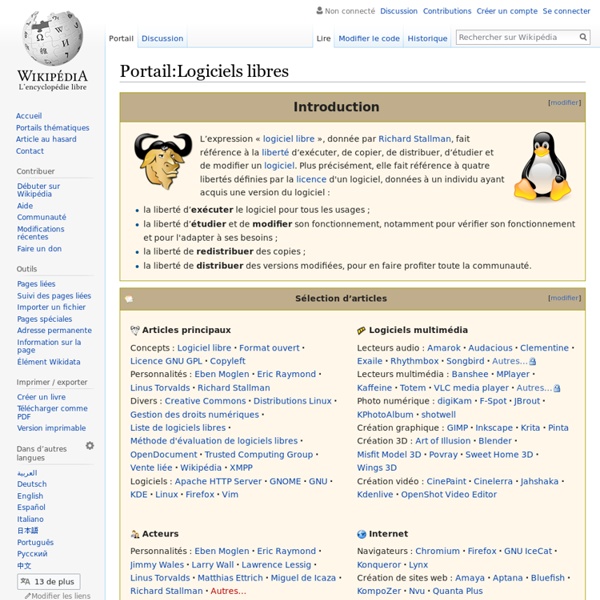 PULP-O-MIZER: the custom pulp magazine cover generator When you purchase your custom pulp magazine cover on a printed product, the reliable Pulp-O-Mizer cranks it up to high gear and - after a few seconds of groaning and sputtering - it spits out a high resolution image at (or even over) 300 pixels to the inch. The image is immediately transmitted across the sub aetheric waves, and, well! That's when things really get interesting. Free Mind From FreeMind The latest stable release of FreeMind is 1.0.0. Downloading and installation instructions are given below. Installing FreeMind FreeMind is written in Java, so it will run on almost any system with a Java runtime environment. In order to make things easier for you, we've prepared installers for the most common desktop environments: Windows, Linux and Macintosh OS X.

Easily batch resize high-resolution photos with FreeSizer, a portable and extremely lightweight program For lack of a better phrase, bulk resizing images can be a real pain in the ass. It doesn’t truly matter what photo editing software you use, they all pretty much require you to resize each image manually. If you only have ten or twenty images to work with, then it’s not quite so bad. On the other hand, if you have a hundred photos or more to resize, it’s going to take you a very long time.

Open Definition : Open Software Service Definition (OSSD) Bulgarian Introduction The Open Software Service Definition defines ‘open’ in relation to online (software) services. An online service, also known under the title of Software as a Service (SaaS), is a service provided by a software application running online and making its facilities available to users over the Internet via an interface (be that HTML presented by a web-browser such as Firefox, via a web-API or by any other means). Interview with Eric Raymond Today I am publishing an interview with Eric Raymond President Emeritus and Co-Founder of the Open Source Initiative.A hacker himself since the 1970s, Raymond has always taken an interest in hacker culture. When the Free Software Movement took off in the 1990s, therefore, he set out to try and understand how — contrary to all expectations — hackers were able to develop technically superior software, not least the now ubiquitous GNU/Linux operating system. The result was the highly influential essay The Cathedral and the Bazaar, which was published in 1997. Eric Raymond Open Source Eric Raymond, President Emeritus and Co-Founder of the Open Source Initiative, speaks to Richard Poynder

9 Online Sites To Create Your Own Magazine Cover - Hongkiat If you’ve ever wanted to put your face on a magazine cover, you could do so with Photoshop, but you’d need skills of course. Then again, why go through the trouble when you can create one fairly quickly with the right online tool? I have found about 9 such tools that you can use to create magazine covers, with little to no design skills. 40 Creative Magazine PSD Mockups to Download Swift.org - Download Swift Latest Development Snapshots Development Snapshots are prebuilt binaries that are automatically created from mainline development branches. These snapshots are not official releases. They have gone through automated unit testing, but they have not gone through the full testing that is performed for official releases. Swift is covered by the Swift License at swift.org/LICENSE.txt.

2-Port PoE Gigabit Switch Innovative Concepts in Peripheral Connectivity 2-Port PoE Gigabit Switch ** NEW RELEASE ** Features: ► 2-Port auto-negotiating (no crossover cable required) ► 10.100.1000 full duplex (PoE-powered) ► Link/Status and connection speed LEDs ► VLAN Packet Forwarding ► 9216-byte jumbo packet length forwarding at wire speed ► RoHS compliant Part# 011187 MSRP - $94 Where To Buy Open-source governance Open-source governance is a political philosophy which advocates the application of the philosophies of the open source and open content movements to democratic principles in order to enable any interested citizen to add to the creation of policy, as with a wiki document. Legislation is democratically opened to the general citizenry, employing their collective wisdom to benefit the decision-making process and improve democracy.[1] Theories on how to constrain, limit or enable this participation vary however as much as any other political philosophy or ideology. Accordingly there is no one dominant theory of how to go about authoring legislation with this approach. There are a wide array of projects and movements which are working on building open-source governance systems.[2]

Open Source vs. proprietary software When deciding what software to use for a project, how do you decide on open source vs. proprietary software? For example, in prior post on social networking software, there are some free options (assuming you have a developers on hand), and some expensive options. Here’s a summary of the typical pros and cons for Open Source. The arguments for open source are: