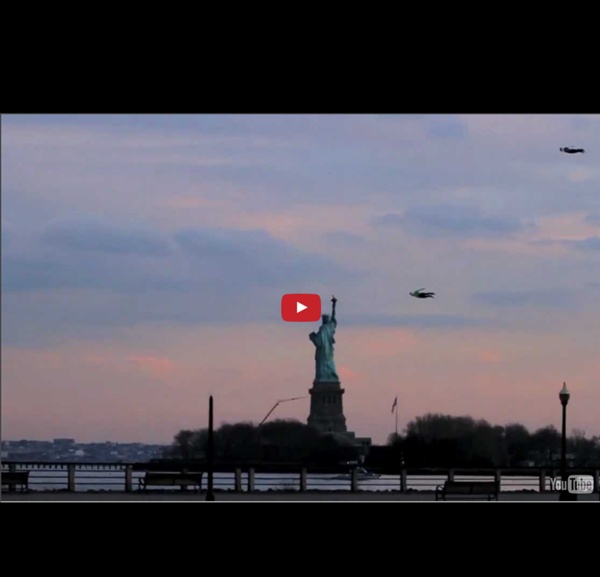 Mind-Blowing Installation Makes You Feel Like You’re Walking On A Cloud I waited in line for two hours Saturday to slip on a pair of hospital booties and spend a few minutes, maybe 5 minutes tops, milling around a white room. And you know what? It was totally worth the wait. That’s because Doug Wheeler’s new installation at the David Zwirner gallery in New York is the closest I’ll ever get to satisfying a desire I’ve had since childhood: to float on a puffy white cloud. The installation is called rather unromantically SA MI 75 DZ NY, and it’s precisely what I’ve described--a white room and little else. The effect dies after a moment (turn around and you’ll notice a bunch of mood-killing lights and--eek! SA MI 75 DZ NY is Wheeler’s fourth so-called “infinity environment”--expansive, all-white rooms that evoke the sensation of entering an infinite void. I suspect that what drew people to Irwin’s artwork decades ago is the same thing that inspired legions to wait two hours (or more) at the David Zwirner gallery on Saturday.

The 11 Best Art and Design Books of 2011 by Maria Popova From the Periodic Table to Craigslist, or what the greatest graphic designer of all time has to do with Moby-Dick. After last week’s look at the 11 best illustrated books for (eternal) kids of 2011, this year’s best-of series continues with a look at the finest art, design, and creativity books of 2011 — tomes that capture your imagination and encapsulate the richest spectrum of what it means to be a thoughtful, eloquent visual creator. Marie Curie is one of the most extraordinary figures in the history of science. A pioneer in researching radioactivity, a field the very name for which she coined, she was not only the first woman to win a Nobel Prize but also the first person to win two Nobel Prizes, and in two different sciences at that, chemistry and physics. It’s also a remarkable feat of thoughtful design and creative vision. Full review, with more images and Redniss’s TEDxEast talk, here. I want everything we do to be beautiful. From his iconic title sequences…

Salvador Dalí Illustrates Alice in Wonderland, 1969 By Maria Popova UPDATE: At long last, a restored modern edition of this lost treasure. Also: the best illustrations from 150 years of Alice in Wonderland Last week, we marveled at Leonard Weisgard’s stunning illustrations for the first color edition of Alice in Wonderland, circa 1949. Published by New York’s Maecenas Press-Random House in 1969 and distributed as their book of the month, the volume went on to become one of the most sought-after Dalí suites of all time. As you might expect, the book isn’t exactly easy to acquire — Amazon currently spots just a single copy, handsomely priced at $12,900, and there’s even a video tutorial on what to look for when you hunt for this treasure: But the collaboration brought together two of the most exceptional creators of Western culture, both ticklers or curiosity and architects of the imagination, and who can really put a price tag on that?

Yayoi Kusama, Japan's Most Celebrated Contemporary Artist, Illustrates Alice in Wonderland by Maria Popova Down the rabbit hole in colorful dots, twisted typography, and strange eye conditions. Alice’s Adventures in Wonderland and Through the Looking Glass endure as some of history’s most beloved children’s storytelling, full of timeless philosophy for grown-ups and inspiration for computing pioneers. The illustrations that have accompanied Lewis Carroll’s classics over the ages have become iconic in their own right, from Leonard Weisgard’s stunning artwork for the first color edition of the book to Salvador Dali’s little-known but breathtaking version. Now, from Penguin UK and Yayoi Kusama, Japan’s most celebrated contemporary artist, comes a striking contender for the most visually captivating take on Alice’s Adventures in Wonderland yet. Since childhood, Kusama has had a rare condition that makes her see colorful spots on everything she looks at. Donating = Loving Bringing you (ad-free) Brain Pickings takes hundreds of hours each month. Share on Tumblr

Greek Girl Reaches for Euro Stars A Greek street artist, under the name of Bleeps.gr, has created this artistic statement in the street of Athens. “I aim at questioning the maturity of European union, which is depicted as a young girl trying to reach between the stars,” he says of this piece. The European Union flag has precisely 12 stars, but a starfish has been added to criticize the fact that each country, starting with Greece, is weakening, facing devastating impacts due to the credit crisis. Bleeps.gr website via [Wooster Collective]

inininoutoutout One way to characterise what I’ve been interested in so far with making games is that it’s at least partly about asking questions, mostly about games themselves, though sometimes something else as well. It wouldn’t surprise me if I went that way in large part because of my background in writing about games – to some extent it’s easier to think about games when they’re a bit out of the ordinary. Rilla came up with a nice name for my (and presumably others’) approach to games, or rather for the “genre” you could put them in: curious games. I rather like that as a name for something, I think the connotations are pretty good. It’s lighthearted enough, particularly in comparison to “serious games”, to feel like it’s not going to be a great big drag or a downer. Rather, it suggests that the game is going to be at least someone amusing, unserious. I’m certainly not issuing this as some kind of manifesto or personal crusade, though. So, curious games.