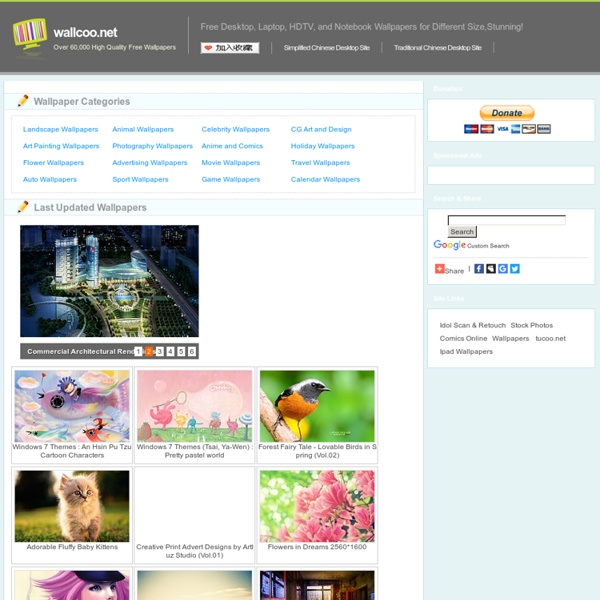 WallpapersWide Wallpoper Vladstudio Fantastic Wallpapers That Will Blow Your Desktop Away Advertisement We love desktop wallpapers. And we love beautiful ones most. And although we monthly publish desktop wallpapers of our readers (desktop wallpaper calendar feature), we thought that it would be nice to provide our contributors with some fresh inspiration and our readers with some nice wallpaper update for a lousy Monday. Crop circle appears in Dorset field sparking interest in who or what made it Intricate design is the first one of the year and has emerged in a field near Blandford Forum in DorsetThe number of crop circles appearing in Britain is declining: 2012 produced 50 while 2013 produced just 15Some believe this is because of a recent crackdown by farmers as trespass and destruction of crops is illegalSceptics believe crop circles are entirely man-made, while others believe they are the creation of aliens By Harriet Hernando Published: 12:46 GMT, 14 July 2014 | Updated: 15:36 GMT, 14 July 2014

IronMaidenWallpaper.com - Home Astronaut Andre Kuipers Shares Stunning Images of Earth from Space EmailEmail In space, 28,000 km/h, 400 km above Earth, Dutch astronaut and physician Andre Kuipers is currently on a 191-days research mission at the International Space Station. Lately, he’s been sharing with the world some of the most amazing views of our beloved home planet up from his perspective. Don’t feel surprised to know that the breathtaking imagery is shot using only his Nikon D3S and not a sophisticated satellite photo-snapping device. The spectacular views of the universe’s constant activity and the spectrum of colors it offers is absolutely magnificent.

Where Children Sleep James Mollison traveled around the globe and took some incredibly eye-opening photos of children's bedrooms. He then compiled them into a book, titled Where Children Sleep. Each pair of photographs is accompanied by an extended caption that tells the child's story. The differences between each sleeping space is striking. Mollison was born in Kenya in 1973 and grew up in England. Romance World - Chi's Sweet Home This is cute anime, Chi is so cute ^^I want a kitten like Chi ^__^ But every eps is so short, only like 3 min, and there are like 100 eps total. Chi's Sweet Home (チーズスイートホーム, chīzu suīto hōmu?) is a manga series written and illustrated by Konami Kanata. It has been serialized in Kodansha's seinen manga magazine Weekly Morning since 2004.

Anime Theme - Windows Sidebar Gadget Gallery Windows Gadget is a new feature of Windows Vista and 7. The Vista version has a "Sidebar" which contains mini-applications (called "Gadgets") which are based on a combination of Script and HTML. They may be used to display information such as the system time, CPU/RAM usage and Internet-powered features such as RSS feeds, and to control external applications such as Windows Media Player. Gadgets can run "docked" in the sidebar or they can "float" anywhere on the desktop. On Windows 7, gadgets are all placed on the desktop without a sidebar, and arranged in a slightly different way.