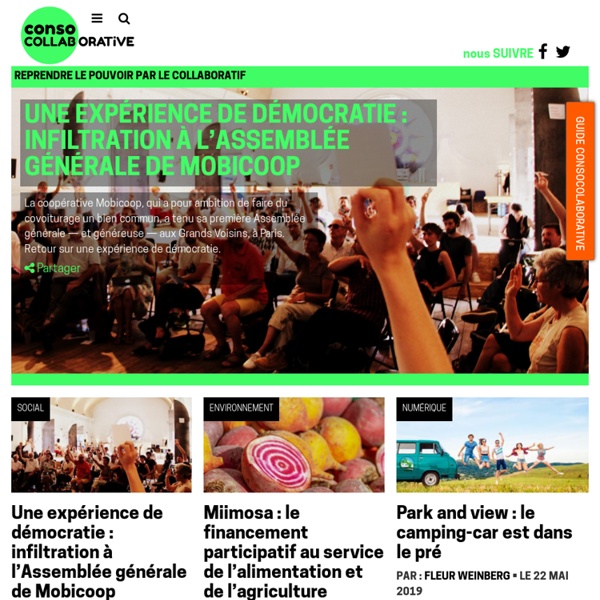 The connected company Many thanks to Thomas Vander Wal for the many conversations that inspired this post. The average life expectancy of a human being in the 21st century is about 67 years. Do you know what the average life expectancy for a company is? Hack the Planet It seemed obvious that someone was coordinating the national crackdown on occupations, but I always figured it was the FBI or the Department of Homeland Security. The revelation of the truth – that a non-governmental organization called the Police Executive Research Forum has been hosting calls between mayors and providing advice based on anti-protest tactics from the last twenty years – is even more disturbing. PERF issued a hasty and unconvincing denial, but it was too late. A group of anonymous hackers aligned with the occupations were already on the attack, shutting down the Forum’s site with a Distributed Denial of Service (DDOS) attack and publishing the Chief Executive’s personal information online. It’s the vengeance of the internet, and by now you have to agree with the anons: they should have expected it. After their early association with Occupy Wall Street, it shouldn’t surprise anyone that anons would punish PERF.

Horizon Mass Transport System Is an All-Electric Plane-Train Hybrid The Horizon System is an entirely electric system of transportation conceived as a hybrid between a plane and a train. Thanks to a maglev-style mechanism, the large aircraft is able to pick up passengers inside the small SkyLink trains while both the plane and trains are in motion, eliminating the possibility of congestion at large airports and on highways. Unlike the Clip-Air—which is also a modular plane system—the Horizon System has no pilot, which means it could be the largest drone ever conceived. Passengers would enter the Horizon System through their local SkyStation. After getting on board a SkyLink pod and reaching the Airstrip, passengers are picked up by the SkyShip. As the train gently accelerates to match the speed of the approaching aircraft, it is carefully plucked from the track and lifted up, only to be soon dropped off at another location.

Meta-currency - Rheonomy - Eric Harris-Braun In her beautifully insightful book, The Nature of Economies, Jane Jacobs suggests that we must broaden our understanding of economics in the context of the flow processes of the natural world. Near the end of the book one of her characters asks the question, “What are economies for?” One of the other characters answers: “… To enable us to partake, in our own fashion, in a great universal flow” Another character answers with “Economies have a lot in common with language… like language, economic life permits us to develop cultures and multitudes of purposes… that’s its function which is most meaningful for us.” What do we mean by economy when we say “the economy is strong/weak/growing/shrinking/healthy/in crisis.”

Study Reveals Big Opportunities in the Sharing Economy Latitude and Shareable Magazine recently released the findings of The New Sharing Economy study, which uncovered new opportunities for entrepreneurs, investors, and established companies in the emerging sharing economy. Top Opportunity Areas for New Sharing Services. The New Sharing Economy study surveyed 537 participants for their current engagement and future interest in sharing across industry categories. Based on this data, the top opportunity areas for new service offerings were interpreted as those with both high latent demand and low market saturation: time, household goods, automobiles, money, and living space. Marcus Bleasdale's Shocking Photos Reveal the Ugly Truth Behind Smartphone Manufacturing Most of us are never farther than arm's reach of our smartphones. We use them constantly to snap pictures and post tweets, oblivious to the sacrifices that must be made in order for billions of people around the world to have smartphones in their pockets. In the 125th anniversary issue of National Geographic magazine, documentary photographer and filmmaker Marcus Bleasdale's stunning images pull back the curtain of our ignorance. The full spread depicts the men, women, and children who put their lives on the line, enduring horrifying conditions, in order to harvest the precious minerals needed to make each and every smartphone on the market. Top image: A child is put to work at a militia-run mine in Watsa. © Marcus Bleasdale/National Geographic

DriveNow: BMW / Sixt Joint Venture - car sharing The BMW Group and Sixt AG are planning a unique and innovative car sharing venture. With effect from April 2011 onwards – initially in Munich and later in Berlin – the two companies intend to join forces in offering a modern mobility concept under the brand-name DriveNow; this new product will combine vehicles and service of the highest quality with simple, flexible usage. DriveNow is the first car sharing concept to place an emphasis on efficient premium vehicles and comprehensive service. Vehicles may be hired and dropped off wherever the customer needs them, thus clearly differentiating DriveNow from products offered by other competitors.

The Foundation on Economic Trends Tarcher/Putnam, 2000Buy this book » Imagine waking up one day to find that virtually every activity you engage in outside your immediate family has become a "paid for" experience. It's all part of a fundamental change taking place in the nature of business, contends bestselling author Jeremy Rifkin. On the horizon looms the Age of Access, an era radically different from any we have known.

The Fairphone is an Openly-Designed Conflict-Free Smartphone Buying a mobile device these days can feel like signing a pact with the devil – and to make matters worse, it’s difficult to determine where the parts were sourced and assembled and whether they were ethically produced. Fairphone aims to take the guilt out of gadgetry by producing the world’s first openly-designed, conflict-free smartphone. The company launched a successful crowdfunding campaign to reach their minimum goal of 5,000 pre-orders and now the Fairphone is on its way towards mass production.

Shocking Truth Behind Smartphones + Solar Decathlon 2013 + Algae Lamp Powered by CO2 : Inhabitat Weekly October 10th Dear Inhabitants - This week Inhabitat showcased the ultra-efficient homes of the future as we brought you breaking coverage of the Solar Decathlon 2013! 19 student projects are currently vying for the title of the world's most efficient sun-powered home, and the competition is too close to call - will it be Team Capitol DC's garden-wrapped Harvest Home, Santa Clara's brilliant bamboo Radiant House, Las Vegas' desert-adapted retreat, or another high-tech prefab home? Stay tuned this weekend as we announce the winner on Saturday!