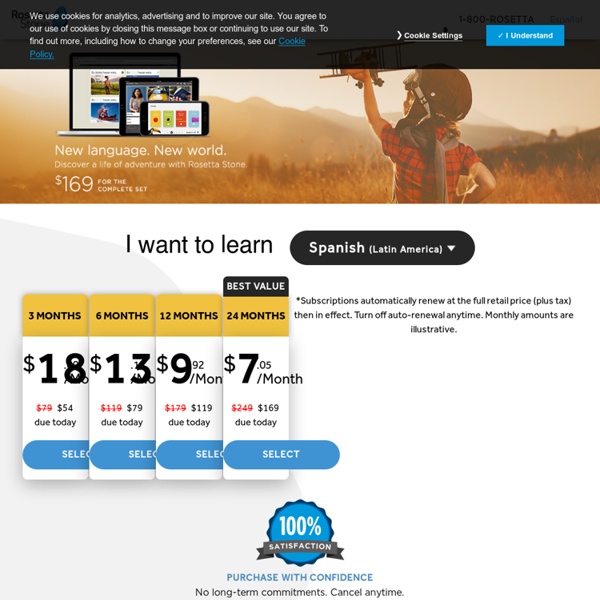 Foreign Language Teaching Methods About the Site Foreign Language Teaching Methods focuses on 12 different aspects of language teaching, each taught by a different expert instructor. The site contains video footage from an actual methods course held at the University of Texas at Austin. This flexible resource is designed to be used by foreign language teachers as a component of a classroom methods course or as a stand-alone course for independent learners. TOEFL Practice, Section 3: Speaking The speaking section of the TOEFL takes approximately 20 minutes to complete. You will be asked 6 speaking questions. The first two are about familiar topics, and the other four are about short readings, lectures, and conversations. You will have a short amount of time after you read each question to prepare your response.

Podcasts in english New for this week: a business level podcast The VW scandal So it seems there's no such thing as clean diesel after all ►Go to travelogues Follow the pie team on their travels and learn English along the way ►Go to pie plus Our monthly magazine with news, videos, information worksheets and our monthly competition. Open Learning Initiative At Harvard Extension School, free and open learning is hardly a new concept. In fact, the Extension School was founded with this mission in mind: to create an affordable way for any motivated student to take courses at Harvard. We stay true to this mission today, offering several free courses and nearly 800 for-credit courses at reasonable tuition rates. Explore our series of free or low-cost courses below. In addition, you can also browse Harvard University's Digital Learning Portal, which features online learning content from across the University, both free and fee-based options. Video accessibility.

Free TOEFL Practice The Test of English as a Foreign Language (TOEFL) measures the ability of non-native speakers of English to use and understand North American English as it is spoken, written and heard in college and university settings. You have 20 minutes to do 20 questions. When you have completed the test you will get a score and you can review your answer to each question.

Online Punjabi Teaching Punjabi is spoken in mainly three areas of the world; in East Punjab (India) where it is a state language, in West Punjab (Pakistan) where it is most widely spoken and in the diaspora, particularly Britain, North America, East Africa and Australia. No exact figures are available on the number of Punjabi speakers, either as a first or second language, but if the speakers of various dialects of Punjabi are taken into account an approximation of 100 million would not be too far from the truth. One of the main problems with designating the exact number of Punjabi speakers is the presence of a large number of distinct dialects that are spoken across the large geographical area of East and West Punjab.

Reading Comprehension - Free Worksheets Home- English- Math - Reading - Research - Keys - Newsworthy - Links - Contact Reading Comprehension, Volume 5: Number 32, Word Meanings From Context Number 31, The Painting Number 30, Word Meanings From Context Academic Wordlist In this section you can do practice tests for all groups of the academic word list. The Academic Word List (AWL) was developed by Averil Coxhead at the School of Linguistics and Applied Language Studies at Victoria University of Wellington, New Zealand. The list contains 570 word families which were selected because they appear with great frequency in a broad range of academic texts. The list does not include words that are in the most frequent 2000 words of English (the General Service List), thus making it specific to academic contexts. The AWL was primarily made so that it could be used by teachers as part of a programme preparing learners for tertiary level study or used by students working alone to learn the words most needed to study at colleges and universities.

100 Ways to Learn a Foreign Language Online Whether you’re getting ready to take an international trip or you’re just ready to brush up on your foreign language skills, there are lots of resources to help you learn online no matter where you study: Rhode Island, South Carolina, South Dakota, Vermont, West Virginia – anywhere! From schools to translators and dictionaries, find the help you need here in this list of 100 ways that you can learn a foreign language online. Courses & Schools Formal classes, course collections, and more can be found here. Dictionary

How To Read Effectively In A Foreign Language If you’re learning a foreign language, and you don’t read regularly… You should be. But do you know how to read effectively in another language, without getting overwhelmed by unknown vocabulary and complex grammar that doesn’t make sense? In this article you’ll learn how to use reading to quickly learn new words and boost your fluency in your target language, even if you’re just getting started, and even if you’ve tried and failed before. Learn Punjabi Punjabi Lessons Punjabi, often spelled Panjabi, belong to the Indic group of the Indo-European family of languages. It is spoken in Punjab, the historic region now divided between India and Pakistan. In Pakistan it is the daily language of about two-thirds of the population, or 80 million people, though Urdu is the official language of the country. In India it is the official language of Punjab state, and is also spoken in the neighboring states of Haryana and Himachal Pradesh.

25 Online Games for English Language Learners GameZone: Dozens of simple, straightforward games about grammar, spelling, and vocabulary reach out to English language learners at all levels. Keep in mind, however, that this site is based in the U.K. and follows a different set of linguistic rules than American English.Vocabulary.co.il:This series of vocabulary and games runs the gamut from elementary to high school levels of proficiency. Each is recommended for both native speakers as well as students learning English as a second or third (or more) language.Power Words:PBS’ WordGirl and her simian sidekick Captain Huggy Face do battle against Fair City’s most sinister citizens, but it’s up to players to determine the course of the action.

25 BEST WEBSITES FOR LEARNING ENGLISH I want the new e-book! How do you learn English in your free time? Do you meet internationals in cafés, do you self-study using books, do you get on the internet? More on Online Language Learning Last week’s article on online language learning apparently hit a nerve; not only was it widely e-mailed, but a number of people told me about other language courses that I had missed in my research. In addition, a few factual corrections to the article are in order. Starting with the latter, the free language courses at the BBC‘s Web site may not work in all countries. For example, the videos cannot be played in the United States, but other elements of the program do work. The Oxford Translator applications for the iPhone have changed their name; they are now known as the Odyssey Translator apps.