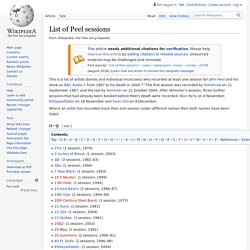 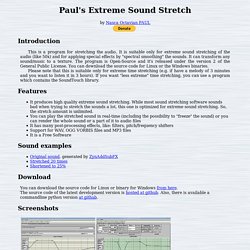 It is suitable only for extreme sound stretching of the audio (like 50x) and for applying special effects by "spectral smoothing" the sounds. It can transform any sound/music to a texture. The program is Open-Source and it's released under the version 2 of the General Public License. Please note that this is suitable only for extreme time stretching (e.g. if have a melody of 3 minutes and you want to listen it in 3 hours).

Features It produces high quality extreme sound stretching. Sound examples Download You can download the source code for Linux or binary for Windows from here. Screenshots. Nick Drake: the music behind his extraordinary legacy. - The Music Show - ABC Radio National. Thenewperfectcollection. The 60 Best Songs Ever Written About New York City. For the past few weeks we’ve been locked in the basement at Yankee Stadium, subsisting on nothing but Bergen Bagels, listening to the best songs about New York City through headphones endorsed by Lou Reed. 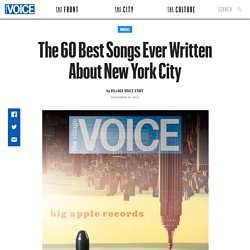 Our mission: to come up with a list of the 60 best songs ever written about our city, songs that best capture what it’s like to live, love, struggle, and exist in the sprawling, unforgiving, culturally dense metropolis we pay too much to call home. We started by agreeing on the songs we shouldn’t include — naked and clunky stabs at new New York anthems that fall flat and ring inauthentic, like Jay-Z’s “Empire State of Mind,” U2’s “New York,” and Taylor Swift’s “Welcome to New York.” Thoughts, Research and Experimentation with Electronic Music, Art and Photography. Tom Waits Songs, Complete list of Tom Waits Songs & Music - FamousFix. Music News, Reviews, Videos, Galleries, Tickets and Blogs. Hawkwind Album Cover Photos - List of Hawkwind album covers - FamousFix. 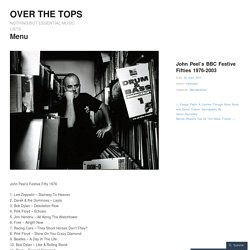 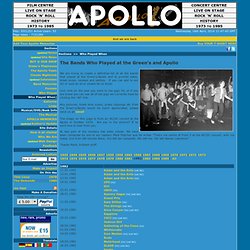 If you can add to our list or spot an error please let us know. Just click on the year you want to see gigs for, or if you are brave you can see all of the gigs we currently have by clicking the "All" link. Any pictures, ticket stub scans, press clippings etc from the Green's/Apollo would be much appreciated, please send us an email. The image on this page is from an AC/DC concert at the Apollo in October 1979. At last part of the mystery has been solved. Foundation, museum, musical instruments, Vazquez Collection, Jose Vazquez, viola da gamba, violin, violoncello, viola d'amore, baryton, early music course,

Ultimate Classic Rock. Top 100 Glam Rock singles of all time. Music Reviews, Ratings, Charts, News. Setlist.fm - the setlist wiki. Featured Song Recordings, Top Karaoke Songs. Here you get your chance to sing from a special selection of songs and get some good exposure! 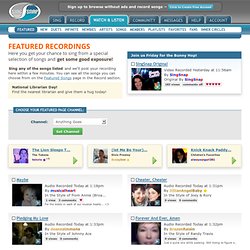