The psychedelic drug in magic mushrooms may have lasting medical and spiritual benefits, according to new research from Johns Hopkins School of Medicine. 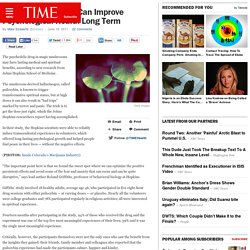 The mushroom-derived hallucinogen, called psilocybin, is known to trigger transformative spiritual states, but at high doses it can also result in “bad trips” marked by terror and panic. The trick is to get the dose just right, which the Johns Hopkins researchers report having accomplished. In their study, the Hopkins scientists were able to reliably induce transcendental experiences in volunteers, which offered long-lasting psychological growth and helped people find peace in their lives — without the negative effects. Psychedelic meditation techniques. Psychedelic Researchers. Marijuana/ Cannabis/ hallucinogènes. Psychedelics and Psychiatry. Spirit Molecule DMT. Drug forums. 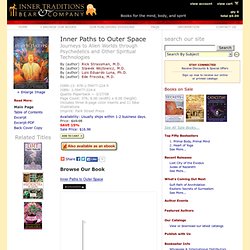 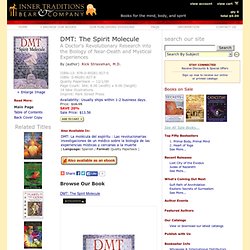 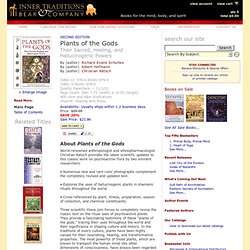 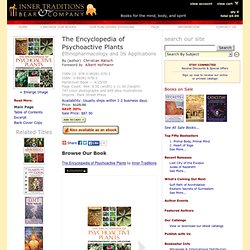 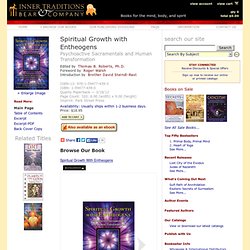 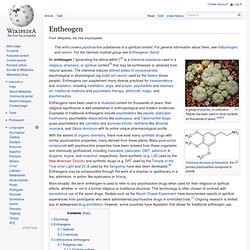 Peyote has been used in ritual contexts for thousands of years.[1][2][3] With the advent of organic chemistry, there now exist many synthetic drugs with similar psychoactive properties, many derived from these plants. Many pure active compounds with psychoactive properties have been isolated from these organisms and chemically synthesized, including mescaline, psilocybin, DMT, salvinorin A, ibogaine, ergine, and muscimol, respectively. Semi-synthetic (e.g. LSD used by the New American Church) and synthetic drugs (e.g. Etymology[edit] The neologism entheogen was coined in 1979 by a group of ethnobotanists and scholars of mythology (Carl A.

Entheogen was coined as a replacement for the terms hallucinogen and psychedelic. Ruck et al. argued that the term hallucinogen was inappropriate owing to its etymological relationship to words relating to delirium and insanity. Entheogens[edit] Species[edit] Chemicals[edit] Controversial entheogens[edit] L. Osiris Other. Hallucinogen. 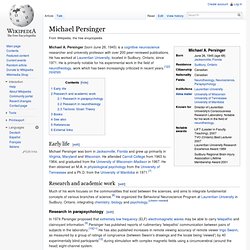 Persinger (born June 26, 1945) is a cognitive neuroscience researcher and university professor with over 200 peer-reviewed publications. He has worked at Laurentian University, located in Sudbury, Ontario, since 1971. He is primarily notable for his experimental work in the field of neurotheology, work which has been increasingly criticized in recent years.[1][3][4][5][6] Early life[edit] Research and academic work[edit] Much of his work focuses on the commonalities that exist between the sciences, and aims to integrate fundamental concepts of various branches of science.[8] He organized the Behavioral Neuroscience Program at Laurentian University in Sudbury, Ontario, integrating chemistry, biology and psychology.

Research in parapsychology[edit] Research in neurotheology[edit] During the 1980s he stimulated people's temporal lobes artificially with a weak magnetic field to see if he could induce a religious state (see God helmet). Tectonic Strain Theory[edit] Kathleen Harrison Vault : Kat Harrison, Botanical Dimensions, and the Shamanic Plant Mind. Since the introduction of shamanic plants and medicines to Western science, many anthropologists and laboratory wizards have struggled to divine their cultural significance and figure out how they work their peculiar magic. 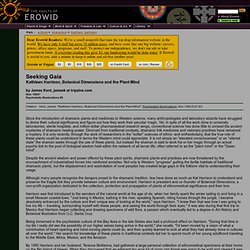 Yet, in spite of all the work done in university laboratories, sterile hospitals, and million-dollar pharmaceutical research wings, conventional science has done little to unravel the ancient mysteries of shamanic healing power. Divorced from traditional contexts, shamanic folk medicines and visionary practices have remained a mystery. Peter Gandy (author) The Complete Guide to World Mysticism (1998)The Hermetica: The Lost Wisdom of the Pharaohs (1998)The Wisdom of the Pagan Philosophers (The Wisdom of the World) (1999)The Jesus Mysteries: Was the "Original Jesus" a Pagan God? 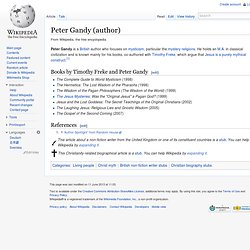 Aldous Huxley. Aldous Leonard Huxley /ˈhʌksli/ (26 July 1894 – 22 November 1963) was an English writer, philosopher and a prominent member of the Huxley family. He was best known for his novels including Brave New World, set in a dystopian London, and for non-fiction books, such as The Doors of Perception, which recalls experiences when taking a psychedelic drug, and a wide-ranging output of essays. Early in his career Huxley edited the magazine Oxford Poetry, and published short stories and poetry.

Mid career and later, he published travel writing, film stories and scripts. He spent the later part of his life in the US, living in Los Angeles from 1937 until his death. In 1962, a year before his death, he was elected Companion of Literature by the Royal Society of Literature.[1] Huxley was a humanist, pacifist, and satirist. Kathleen Harrison Vault. Kathleen Harrison is an ethnobotanist, artist, and photographer who researches the relationship between plants and people, with a particular focus on art, myth, ritual, and spirituality. Harrison teaches in Hawaii, California, and the Peruvian Amazon. She has done fieldwork in Latin America for 30 years, and is the President and Projects Director of Botanical Dimensions, a non-profit foundation devoted to preserving medicinal and shamanic plant knowledge from the Amazonian rainforest and tropics around the world. Harrison co-founded the organization in 1985 with former husband, the late Terence McKenna. In her work with Botanical Dimensions, she has done fieldwork and supported indigenous projects in Mexico, Peru, Ecuador and Costa Rica.

The original series ran for three seasons on ABC from January 1959 to July 1961. Overview[edit] Created by Merwin Gerard and produced by Collier Young, One Step Beyond was hosted by John Newland, "your guide to the supernatural" (also credited as "Our guide into the world of the unknown"). Newland presented tales that explored paranormal events and various situations that defied "logical" explanation. Terence McKenna. Jeremy Narby. Jeremy Narby (born 1959) is an anthropologist and writer. Narby grew up in Canada and Switzerland, studied history at the University of Canterbury, and received a doctorate in anthropology from Stanford University. Narby spent several years living with the Ashaninca in the Peruvian Amazon cataloging indigenous uses of rainforest resources to help combat ecological destruction.