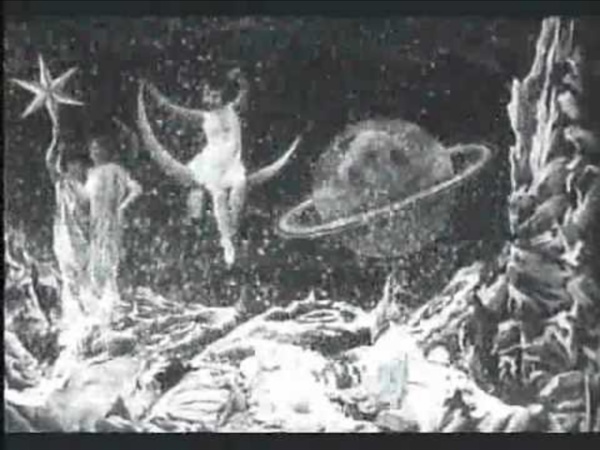 EarlyCinema.com Maries Georges Jean Méliès was born in Paris in 1861 and from a very early age he showed a particular interest in the arts which led, as a boy, to a place at the Ecole des Beaux Arts in Paris where Méliès showed particular interest in stage design and puppetry. In 1884, Méliès continued his studies abroad, in London at the request of his parents - they insisted he learn English after which they intended him to work at his father’s footwear business. While in London, he developed a keen interest in stage conjury after witnessing the work of Maskelyne and Cooke. On his return to Paris he worked at his father’s factory and took over as manager when his father retired.

Griffiths psilocybin The following Q&A is with Roland Griffiths, the study’s lead researcher. Q 1: Why did you undertake this research? In the 1950s and 1960s, basic science and applied research studies were taking place with hallucinogens, offering hints that they might be of value in psychotherapy, addiction treatment, and creativity enhancement, and suggestions that the hallucinogens can occasion mystical-type experiences. Laws enacted in response to excesses of the "psychedelic 1960s" stopped almost all that work, leaving some promising threads dangling. Despite ongoing illicit and licit use, remarkably little is known, from the standpoint of modern psychopharmacology research, about the acute and long-term effects of the hallucinogens.

Illuminations: Kellner By Douglas Kellner Paul Virilio is one of the most prolific and penetrating critics of the drama of technology in the contemporary era, especially military technology, technologies of representation, and new computer and information technologies. For Virilio, the question of technology is the question of our time and his life-work constitutes a sustained reflection on the origins, nature, and effects of the key technologies that have constituted the modern/postmodern world. In particular, Virilio carries out a radical critique of the ways that technology is transforming the contemporary world and even the human species. Yet I want to argue in this study that Virilio has a flawed conception of technology that is excessively one-sided and that misses the emancipatory and democratizing aspects of new computer and media technologies. Speed, Politics, and Technology

Film Analysis: Man with a Movie Camera Man with a Movie Camera (1929), directed by Dziga Vertov, is a unique film. It has no actors nor story. It takes place over the span of one day and is a montage of the urban life in and around a Russian city. Aldous Huxley Aldous Leonard Huxley /ˈhʌksli/ (26 July 1894 – 22 November 1963) was an English writer, philosopher and a prominent member of the Huxley family. He was best known for his novels including Brave New World, set in a dystopian London, and for non-fiction books, such as The Doors of Perception, which recalls experiences when taking a psychedelic drug, and a wide-ranging output of essays. Early in his career Huxley edited the magazine Oxford Poetry, and published short stories and poetry.

Hugo, Remediation, and the Cinema of Attractions, or, The Adaptation of Hugo Cabret It’s obvious that Martin Scorsese’s movie Hugo (2011) showcases its director’s great love of cinema and cinema history. Less obvious, perhaps, is the film’s love of books. Hugo adapts Brian Selznick’s bestselling children’s novel, The Invention of Hugo Cabret, which won the 2008 Caldecott Medal for best children’s illustrations. Kathleen Harrison Vault : Kat Harrison, Botanical Dimensions, and the Shamanic Plant Mind Since the introduction of shamanic plants and medicines to Western science, many anthropologists and laboratory wizards have struggled to divine their cultural significance and figure out how they work their peculiar magic. Yet, in spite of all the work done in university laboratories, sterile hospitals, and million-dollar pharmaceutical research wings, conventional science has done little to unravel the ancient mysteries of shamanic healing power. Divorced from traditional contexts, shamanic folk medicines and visionary practices have remained a mystery. It is only recently, through the work of researchers in the "softer" sciences of ethno- and entheobotany, that the true role of these plants could be understood in terms the Western mind could appreciate. Despite the ancient wisdom and power offered by these plant spirits, shamanic plants and practices are now threatened by the encroachment of industrialized forces into rainforest societies.

Money and the Greeks (2012) What is life like in Greece? How do people deal with the crisis, you hear so much about, when you turn on the news? This project started in late 2011 when Florian Thalhofer and his partner (now wife) Elissavet Aggou traveled through Greece to talk with people about how they were dealing with their economic situation. They came back from their trip with lots of material: more than 30 hours of interviews. With the help of the Goethe-Institut Athen all the material was translated and with the help of the greek editor Lefteris Fylaktos the material was pre-edited into 203 clips with a duration of 4 1/2 hours in total. This material was then previewed in public viewings in Berlin and Athens, where the audience became part of the editing process.