From there to here.

Five sets we hope you didn’t miss at The BPM Festival ‘12. It was the ultimate way to reign in the New Year, and we’re having trouble accepting the fact that it’s over. 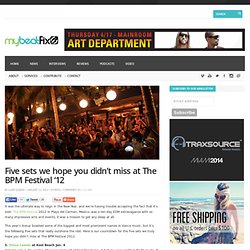 The BPM Festival 2012 in Playa del Carmen, Mexico, was a ten-day EDM extravaganza with so many impressive acts and events, it was a mission to get any sleep at all. This year’s lineup boasted some of the biggest and most prominent names in dance music, but it’s the following five sets that really outshone the rest. Here is our countdown for the five sets we truly hope you didn’t miss at The BPM Festival 2012. 5. Steve Lawler at Kool Beach Jan. 4 Arriving only a day earlier, Steve Lawler’s set at Kool Beach Jan. 4 had my crew right in fiesta mode. 4. 3. 2. 1.

Comments comments about the author: Gaby Izarra Gaby Izarra, mybeatFix founder and editor, considers herself more than just a music journalist – she’s a liaison of our niche. (7) Matthew Dekay. The Other Me. In 2008, fresh out of high school, Karla Read picked up a hobby that would ultimately change the course of her life. 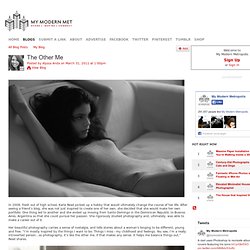 After seeing a friend’s blog, she was not just inspired to create one of her own, she decided that she would make her own portfolio. One thing led to another and she ended up moving from Santo Domingo in the Dominican Republic to Buenos Aires, Argentina so that she could pursue her passion. She rigorously studied photography and, ultimately, was able to make a career out of it. Her beautiful photography carries a sense of nostalgia, and tells stories about a woman's longing to be different, young and free. 32 Real Life Cheat Codes That Will Change Your Life. Websites. How A Man’s Suit Should Fit – Visual Suit Fit Guide – Proper Fitting Suits Chart.

How to Link to Your Facebook Business Page from Your Personal Profile. How to Add a Hyperlink to a Static Picture on a Facebook Landing Page. Using Facebook iFrames, business page users can create interesting and eye-catching landing pages. 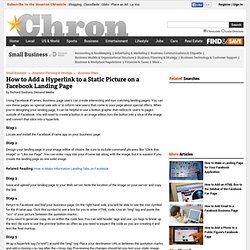 Charles Feelgood - House Music DJ. IS EDM KILLING THE ART OF DJING? Respected DJs are queuing up to have a pop at ‘push-button DJs’. 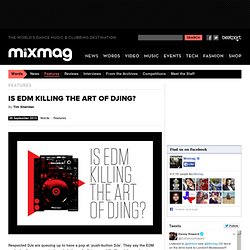 They say the EDM explosion favours spectacle and obvious playlists over skills like mixing and crate-digging. Elder statesman DJ and Ibiza legend Tim Sheridan asks if it’s really EDM that’s to blame, or something deeper... When Wunderground website ran a fake interview with David Guetta recently in which the DJ supposedly ‘admitted’ to pre-recording his sets, the amount of people who took it seriously (to the point of outrage) spoke volumes about the crackling tensions currently running through the world of DJing.

Long-established heroes like Frankie Knuckles (pictured) and David Morales chimed in immediately. The Marketer’s Guide to the New Facebook Pages. 5 Ways to Promote Your Facebook Fan Page. Have you ever wondered, “How do I promote my Facebook fan page?” 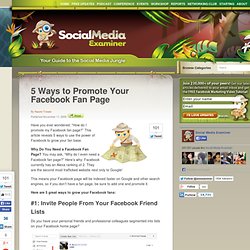 This article reveals 5 ways to use the power of Facebook to grow your fan base. Why Do You Need a Facebook Fan Page? You may ask, “Why do I even need a Facebook fan page?” Increasing Facebook Likes: You're Building a Number, Not a Business. How to Engage Your Audience and Grow Your E-mail List with Facebook Contests. Save 2 hrs Daily on Facebook marketing. Have you ever been writing aFacebook post and thoughtto yourself: “Is this actually going to get any Likes or Shares?” 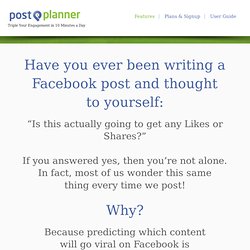 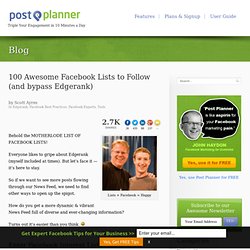 Here's a Quick Way to Get More Likes on Your Facebook Page. The #1 question everyone asks me is: How do I get more Likes & Fans on my Facebook Page? 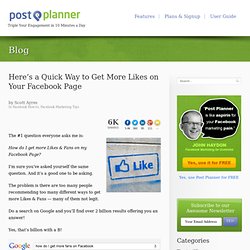 I’m sure you’ve asked yourself the same question. The Verge. 3 Ways to Blog on Facebook. What To Do if The Police Stop You at a Music Festival – Showbams. Follow the Festival Lawyer on Twitter // I know what you are thinking. 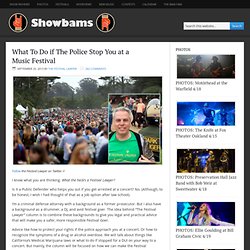 What the heck’s a Festival Lawyer? Above & Beyond LIVE on the Group Therapy Tour in Tucson. Ableton Live 9 Tutorial 9 (Techno) DIY Instructables - Share What You Make. How to Draw - Basic Linear Perspective. How To Draw. "How to Draw" is a collection of tutorials that will teach you everything from perspective basics to shading chrome. 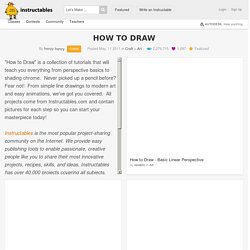 Never picked up a pencil before? Fear not! From simple line drawings to modern art and easy animations, we've got you covered. All projects come from Instructables.com and contain pictures for each step so you can start your masterpiece today! Instructables is the most popular project-sharing community on the Internet. Ghost Screaming In Haunted Hotel - FULL LENGTH. This video was submitted to by the hotel security manager who was standing watch a WINGATE HOTEL in Illinois.

His voice can be heard in the background of the recording. According to him, people staying at the hotel began calling in noise complaints to the front desk with reports of loud screaming coming from the 2nd floor--particularly room #209. Explore more. Web pages, photos, and videos. Introducing...Saytek + His fabric Promo Live Set. Posted in DownloadsInterviewsMixes on Tuesday 3rd January, 2012 by kirsti Joseph Keevill, also known as Saytek, cut his teeth on the tech house movement having had an integral role at Mr C’s club, The End, throwing himself full heartedly into all aspects of a musical life.

His early inspirations from Detroit techno and UK’s IDM movements have melded into his own take on modern techno, brimming as it does with deep bass lines and punchy percussion. Keevill has also built up his own empire with his record label and party, Cubism, which is also the main outlet for his production. After finishing off 2011 with their 4th in their series of annual compilations, ‘Cubists Volume Four’, Saytek and co. are set to enter 2012 with a bang taking over Room Three for our first party of the year joining Terry Francis and inviting their own crew of artists. Top 10 Reasons We Should NOT Fear The Singularity. An excellent way to get motivated to create the best possible future is to read this list of the 10 most inspiring reasons we should embrace The Singularity: Some people fear flying. Others fear sky diving. These Giant Hyperrealistic Paintings Will Absolutely Floor You. To say Eloy Morales is an extremely gifted artist is an understatement.

Based in Madrid, Spain, he has been refining his craft since 1995. Possibly one of the best photorealistic painters in the world, the depth and detail of his work is astounding; not only are his paintings photographic in quality, they possess a kind of life to them. Morales uses himself, family and friends as subject matter. He does this so that he is able to better develop the psychological aspects within his paintings. “I want to show how the person is feeling in that moment... this is the most important thing for me”. But how does he create such incredibly detailed and realistic artworks? Many people think that my work is based on details, but it is not that way... for me the secret is in the correct valuation of tones... tonal transition must be smooth to avoid abrupt cuts.

I THOUGHT THIS WAS PRETTY FUNNY AND ALSO HELPFUL. Sync for iCloud – sync Outlook with iPhone, iPad and Mac. Sync Outlook calendars, contacts and tasks with iCloud folders automatically and get all your data propagated between Outlook and iOS devices in real time. Sync Outlook folders with iCloud folders - this Microsoft Outlook addin will let you automatically synchronize your Outlook contacts, calendars and tasks with your iCloud data file in Outlook, which will then sync those folders with iCloud and across your iPhone, iPad and other Apple® devices. The End Of DJing. Lolita Abraham: Burning Man 2013. The most inspiring festival is back. Sasha and John Digweed’s DJ set up. Eleventh Cocoon at Amnesia Review. Cocoon at Amnesia, August 19th. Louche Music - Kate Simko - Podcast.

Pulse Radio - Electronic Music Events, Free Dance Music, Festivals, Tickets & DJs. Intel’s prototype Thunderbolt Flash Drive puts the competition to shame. If you’re just itching for something faster than USB 3.0 for transferring files then take a look at what Intel is currently working on. The Thunderbolt name remains an apt one. I realize that USB 3.0 is just starting to become a standard in PCs and people are very happy about the speed improvements it offers over 2.0 but it’s always fun to see what else could potentially be out there. At Computex 2013, Intel has been showing off their own Thunderbolt flash drive with a storage capacity of 128GB. Wanted Desktop Dark. V-Sag feat. Dj Keri - Send The Angels ( Simuck Epic Breaks Mix )

Jason Sikorsky’s Videos. Bars. As far as nightlife goes, in Porto, Portugal, it is all happening downtown. Lighting Device. The Real Story Behind Snapchat Leaked, the Site Publishing Screenshots of Your Embarrassing Snaps. Of course it was a brainchild of a teenager. Opinion: The State of the EDM Scene and How We Can Save It. “Dancing in the Eternal Present, Before Harsh Reality Intervened:Electric Zoo Festival Cut Short by Two Deaths”.