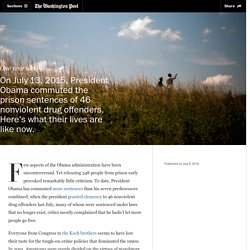 I became a fitness instructor, and then I began training others. I enjoyed seeing people blossom in an environment where so many people lose their hope. My mother was a schoolteacher. When she found out I enjoyed teaching, she was loving that. She felt like I got that from her, which I believe I did. I applied for clemency in 2000. In July 2015, my lawyer called for me at the prison. I say, “What does that mean?” A lot has changed in the city. One of my lifelong friends is an attorney, and I’m aiding and assisting him clerically part time. In April, I was able to go to the arboretum. I went to lunch with President Obama and six other commutees. President Obama, he wanted to listen. I’ve been dating — a person I’ve known my whole life.

That side of me had laid dormant for 24 years. Last remaining speaker of Native language painstakingly creates dictionary. Marie Wilcox is the last fluent speaker of the Wukchumni language. 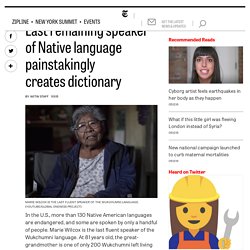 (YouTube/Global Oneness Project) In the U.S., more than 130 Native American languages are endangered, and some are spoken by only a handful of people. Marie Wilcox is the last fluent speaker of the Wukchumni language. At 81 years old, the great-grandmother is one of only 200 Wukchumni left living in the San Joaquin Valley of California and has taken it upon herself to revive the language. The process has taken seven years and required Wilcox to learn to use a computer. Wilcox raised her own daughter, Jennifer, speaking English. She and her grandson Donovan — a quick study in the language — are now trying to record the dictionary, from A to Z. Marie, Jennifer and Donovan can all be seen in a short documentary film Marie’s Dictionary, from the Global Oneness Project. “I’m uncertain about my language and who wants to keep it alive,” she said. Statue of Liberty Wears Chains and Shackles.

Redacted Tonight. The FBI Files 1x06 The Crazy Don CF. Chomsky says US is world’s biggest terrorist. Noam Chomsky is one of the superstars of the intellectual world; a prolific author and self-proclaimed anarchist, who, at the age of 86 still doesn’t seem to be slowing down. 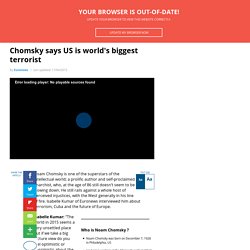 He still rails against a whole host of perceived injustices, with the West generally in his line of fire. Isabelle Kumar of Euronews interviewed him about terrorism, Cuba and the future of Europe. Who is Noam Chomsky ? Noam Chomsky was born on December 7, 1928 in Philadelphia, US He began working at the Massachusetts Institute of Technology in 1955 He is a famous linguist, philosopher and political activist His work from the 1950s revolutionised the field of linguistics He rose to prominence for his anti-Vietnam war activism He opposes ruling elites and is a sharp critic of US and western foreign policy He has authored hundreds of books Isabelle Kumar: “The world in 2015 seems a very unsettled place but if we take a big picture view do you feel optimistic or pessimistic about the general state of play?” 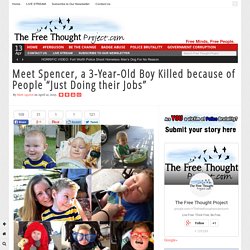 He loved running and playing with his older brothers, and was a cheerful little tike. His happy and typically normal life would take a turn for the worst, however, after he was diagnosed with pilocytic, Pilomyxoid astrocytoma (inoperable brain cancer). Spencer’s family was heartbroken when they found out about his illness. But they had hope and began treatment. Suzetta Vonzell, Spencer’s mother, became wary of the original chemotherapy treatments. “It was almost like watching him die in my arms, and I knew then I would never do another drop of chemotherapy for my kid,” Vonzell said in an interview. Vonzell began to look at alternative treatments such as cannabis. ¿Qué llevó al famoso humorista John Oliver a burlarse de Rafael Correa? El castigo más inhumano: qué ocurre cuando pasas 30 años aislado en una celda - Noticias de Alma, Corazón, Vida. 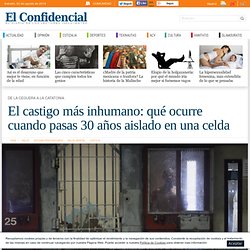 What do Americans know about the world? Kids can't answer basic questions. Why People Hate The USA.