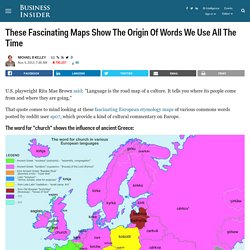 It tells you where its people come from and where they are going. " That quote comes to mind looking at these fascinating European etymology maps of various commons words posted by reddit user sp07, which provide a kind of cultural commentary on Europe. The word for "church" shows the influence of ancient Greece: imgur/u/Bezbojnicul "Bear" appears to be influenced by Russia, where largest brown bear population in Europe can be found. ORBIS. New approaches to 9-12 U.S. curriculum on the Middle East and North Africa. The Real Irish American Story Not Taught in Schools. “Wear green on St. 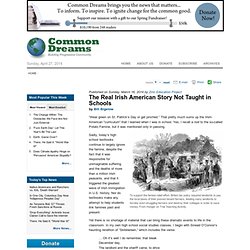 Patrick’s Day or get pinched.” That pretty much sums up the Irish-American “curriculum” that I learned when I was in school. Yes, I recall a nod to the so-called Potato Famine, but it was mentioned only in passing. To support the famine relief effort, British tax policy required landlords to pay the local taxes of their poorest tenant farmers, leading many landlords to forcibly evict struggling farmers and destroy their cottages in order to save money.

From Hunger on Trial Teaching Activity. StatWorld - Interactive Maps of Open Data. Building an Architecture of Participation. With access to ubiquitous technology, educators are in a position to become architects of opportunity and participation in their classrooms. 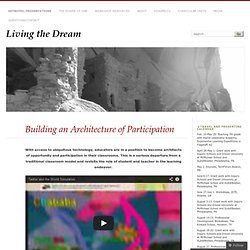 This is a serious departure from a traditional classroom model and revisits the role of student and teacher in the learning endeavor. Article on Michael Wesch. World History - Romero's Collection. Country Studies. 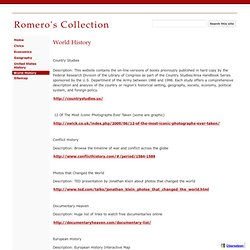 The history of humans on Earth, in two minutes. Iib_death_wellcome_collection_fullsize.png 4,722×1,846 pixels. In the summer of 2009, students from Afghanistan and America began documenting their lives. They communicated by pairing their photographs—a visual dialogue free of any language barrier. This website presents the pairs that speak loudest to these students, and allows you to join the conversation. Recommend pairs that speak to or upload your own. اریک ریویرا، 15 ساله در روز رژه پورتو ریکویها بودم و عکس می کندم. Eric Rivera, 15 Philadelphia. Game of Thrones as History. For half a century, fantasy has essentially been a series of footnotes to Tolkien. Until George R.R. Martin, that is. Australian Heritage Database. Historic Australia - Interactive Photos Map. The Future According To Films. Amandla! A Revolution in Four Part Harmony (2002. Human Migration: The Story of a Community. Grades K-2. 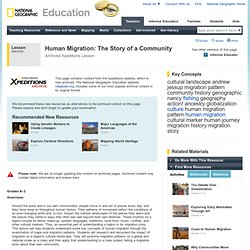 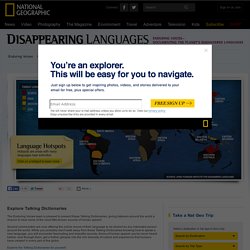 Several communities are now offering the online record of their language to be shared by any interested person around the world. While you probably won't walk away from these Talking Dictionaries knowing how to speak a new language, you will encounter fascinating and beautiful sounds--forms of human speech you've never heard before--and through them, get a further glimpse into the rich diversity of culture and experience that humans have created in every part of the globe. Explore the Talking Dictionaries for yourself. Teacher Resources, Lessons, Plans, Activities. The Environmental Literacy Council - Urbanization. Cities are where human civilization began; where the world's great universities, libraries, cathedrals, and museums are found. 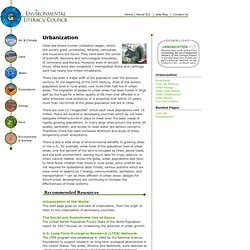 They have been the center of scientific discovery and technological innovation, of commerce and literacy. However, even in ancient times, cities were also congested ? Metropolitan Rome and Carthage each had nearly one million inhabitants. There has been a major shift of the population over the previous century. Special Series: 7 Billion. Bridging World History: Unit Overview. Big History Project Home. Neil MacGregor: 2600 years of history in one object. KEIZAI KOHO FELLOWSHIPS. All mythologies.

Sacred Books of the East Index. China-interactive-map. 21 Of the Most Extraordinary Places To Visit. 48 Historical Sacred Sites Of The World. 2,500,000 BCE to 8,000 BCE Timeline : From Cave Paintings to the Internet. 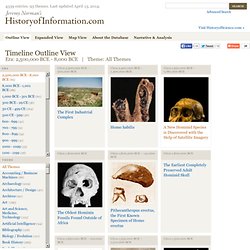 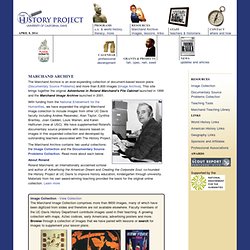 This site brings together the original Adventures in Roland Marchand's File Cabinet launched in 1999 and the Marchand Image Archive launched in 2001. With funding from the National Endowment for the Humanities, we have expanded the original Marchand image collection to include images from other UC Davis faculty including Andres Resendez, Alan Taylor, Cynthia Brantley, Joan Cadden, Louis Warren, and Karen Halttunen (now at USC). We have supplemented Roland's documentary source problems with lessons based on images in this expanded collection and developed by outstanding teachers associated with The History Project. 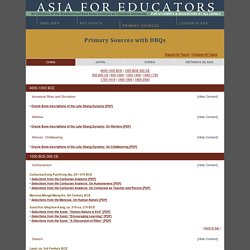 In 1792 Great Britain sent a diplomat, Lord George Macartney (1737-1806), to present its demands to the Qianlong emperor (r. 1736-1796). This unit includes an introductory note to teachers with suggestions for teaching about Macartney's mission; a student reading discussing European contact and trade with China prior to and on the eve of Macartney's mission to China; and the primary-source reading Two Edicts from the Qianlong Emperor, which were the Qianlong emperor's responses to the Macartney mission. With discussion questions and suggested activities for students. • The Opium War and Foreign Encroachment In the fifty years after Macartney's visit (see "Macartney and the Emperor," above), Western powers pushed their demands on China further, leading to war and the gradual shift from tribute to treaty relations.

. | back to top | Instagrams Of The Syrian Revolution. Longitude and Latitude. World History Matters » A Portal to World History Sites from the Center for History and New Media. Guns Germs, & Steel: Home. World History for Us All: Teaching Units. Home > This model curriculum groups instructional units into three categories. The criterion for these categories is the scale in time, geographical space, and subject matter of the topics to be explored.

This system has been designed to guide teachers and students in study of the past on a variety of scales, from broad, global changes to developments that occurred within regions, civilizations, or nations. Teachers may choose to introduce students to an entire Big Era in a few class periods by focusing on the sweeping changes of the era. Or, they may devote a greater number of class days to an era, using several teaching units in all three categories of scale to examine the era in finer detail.

Being We the People.