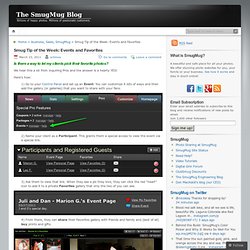 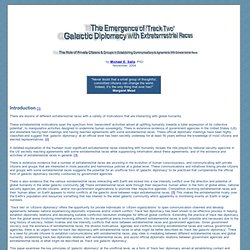 Salla, PhD November, 2004. Epomarel. Alien Abduction Experience and Research (AAER) at www.abduct.com. In the abduction syndrome, most of the attention is on the Gray type Humanoids. 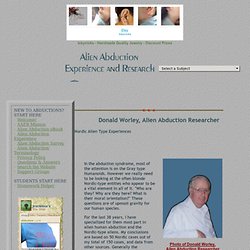 UFOs are Alien! Proof! For the past couple of decades, there is a theory circulating among Ufologists, which states that al... 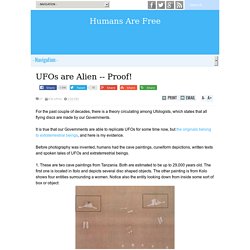 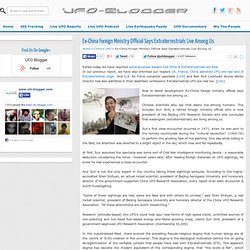 Chinese scientists also say that aliens live among humans. This includes Sun Shili, a retired foreign ministry official who is now president of the Beijing UFO Research Society who also concludes that waixingren (extraterrestrials) are living among us. Sun's first close encounter occurred in 1971, when he was sent to the remote countryside during the "cultural revolution" (1966-76) to perform the grueling task of rice planting. One day while toiling in the field, his attention was diverted to a bright object in the sky, which rose and fell repeatedly. At first, Sun assumed the spectacle was some sort of Cold War intelligence monitoring device - a reasonable deduction considering the times - however years later, after reading foreign materials on UFO sightings, he knew he had experienced a close encounter. 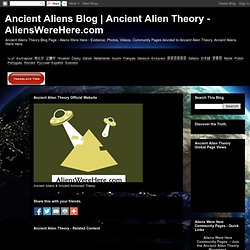 Area 51: the plane truth. Bio-Station Alpha: Google Finds Life on Mars? (Video) By Belinda McCallumEpoch Times Staff Created: June 6, 2011 Last Updated: June 7, 2011 Martines: "This could be the most important discovery on Mars yet! 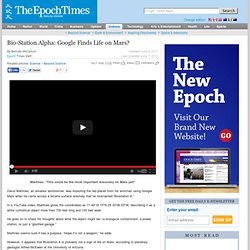 " David Martines, an amateur astronomer, was exploring the red planet from his armchair using Google Mars when he came across a bizarre surface anomaly that he nicknamed “Biostation A.” In a YouTube video, Martines gives the coordinates as 71 49’19.73"N 29 33’06.53"W, describing it as a white cylindrical object more than 700 feet long and 150 feet wide. 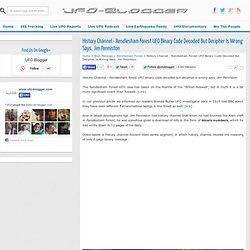 Jim Penniston told history channel that when he had touched the Alien craft in Rendlesham Forest, he was somehow given a download of info in the form of binary numbers, which he had wrote down in 12 pages of his dairy. Down below is History channel Ancient Alien series segment, in which history channel reveled the meaning of only 6 page binary message : Entrance To Agartha Found? +65 more posted on Dec, 22 2010 @ 09:24 PM Was digging up some stuff about Antarctica for another thread.. 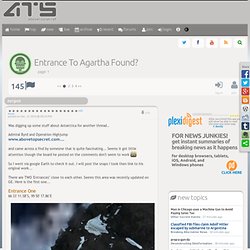 Admiral Byrd and Operation Highjump www.abovetopsecret.com... and came across a find by someone that is quite fascinating... Seems it got little attention though the board he posted on the comments don't seem to work So I went via google Earth to check it out. Alien bases on Earth. Table of Contents — February 13, 2011, 369 (1936) — Philosophical Transactions A. 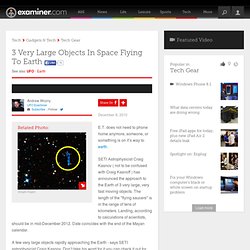 SETI Astrophysicist Craig Kasnov ( not to be confused with Craig Kasnoff ) has announced the approach to the Earth of 3 very large, very fast moving objects. The length of the "flying saucers" is in the range of tens of kilometers. Landing, according to calculations of scientists, should be in mid-December 2012. Stanley Fulham dies, warned ETs will intervene & save Earth’s collapsing ecology - Seattle exopolitics. Former NORAD officer Stanley A. Fulham, author of the landmark book Challenges of Change, passed away on Sunday, December 19, 2010 at Riverview Health Centre, in Winnipeg, Manitoba, Canada. Stanley Arthur Fulham: April 16th, 1923 - December 19th, 2010 Please click here to read Mr.

Does the Universe Need God? I’ve had God on my mind lately, as I’ve been finishing an invited essay for the upcoming Blackwell Companion to Science and Christianity. The title is “Does the Universe Need God? Species Specific. Space. Saturn. Mars. Moon. Media. ET. UFO. Human. A GIFT (Girls In Flight Training) for woman aviators « P3air. Top 100 Network Security Tools. Gov't/Institutions. SETI Institute to shut down alien-seeking radio dishes. The Dulce Files - DULCE NEW MEXICO AND A COSMIC CONSPIRACY? A.D. After Disclosure.