14 Weird Things That Only Exist In Japan. Living in a Hostel — All you need to know about hostels. Travel Writer and Blogger Kristin Luna - Camels and Chocolate — Kristin Luna: Travel Writer and Blogger. Travel Reportage by Giulia Cimarosti. Wry Travels. No Place To Be - An English Couple Blogging their Travels RTW. Greece Travel: Meteora. Wandalust - #1 - The UK Travel Blog - travel guide, cheap flights. The world's 10 friendliest countries. How to Travel the World When You Have Lost Everything. I know death well. 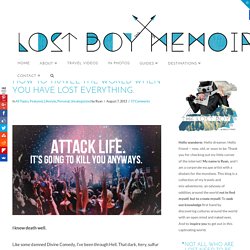 Like some damned Divine Comedy, I’ve been through Hell. That dark, fiery, sulfur stinking, lifeless place. And for a long time it seemed like the fate of myself would be that of my parents; self-induced, or by the powers that be who deemed me unworthy to truly live. I’ve met despair, who caressed my face in a shadowy comfort, enticing me to a darkness of a black hole like existence in which no light would be allowed. It is much easier to give up all hope than it is to stage an internal coup d’tat to overthrow Depression, the bastard that attempts to rule you in these times. When all is crumbling around you, it is still possible to climb your way out of the abyss. I want to share something extremely personal, but incredibly important, so I can hopefully help you, or anyone else that have been through similar circumstances, or any hardships that make you feel like there is no hope in life.

How to travel the world for free (and even get paid to visit exotic locations) Anyone with a heartbeat dreams of hopping around the world, from the bright lights of New York City to the idyllic islands in the South Pacific, but insurmountable costs keep us grounded most of the time. 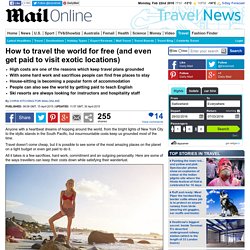 Travel doesn’t come cheap, but it is possible to see some of the most amazing places on the planet on a tight budget or even get paid to do it. All it takes is a few sacrifices, hard work, commitment and an outgoing personality. Here are some of the ways travellers can keep their costs down while satisfying their wanderlust. North yorkshire moors railway. Designeast.eu. COUNTY GATE (the Lynton and Barnstaple Railway in 009 scale) Charles Bridge. The Charles Bridge (Czech: Karlův most listen ) is a famous historic bridge that crosses the Vltava river in Prague, Czech Republic. 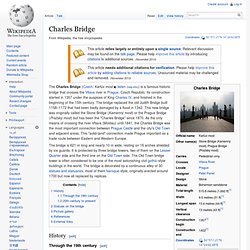 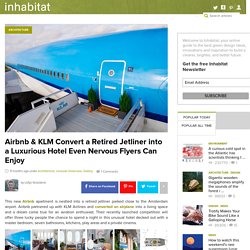 Airbnb partnered up with KLM Airlines and converted an airplane into a living space and a dream come true for an aviation enthusiast. Their recently launched competition will offer three lucky people the chance to spend a night in this unusual hotel decked out with a master bedroom, seven bathrooms, kitchens, play areas and a private cinema. The 4,000-square-foot space will serve as a pop-up hotel for a few days, from November 28 to November 30, 2014, allowing the most nervous of flyers to enjoy being on a plane. Winners of the recently launched competition will receive a round-trip ticket from KLM and a $500 gift card, as well as a chance to stay in this converted KLM plane for one night. Travelogged. Travel Tips, Travel Ideas and Travel Advice. Downtown traveler. Prague Castle. Prague Castle and the Charles Bridge Prague Castle (Czech: Pražský hrad) is the official residence and office of the President of the Czech Republic. 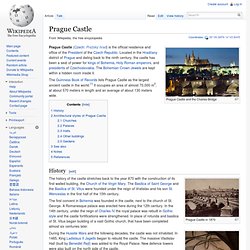 Located in the Hradčany district of Prague and dating back to the ninth century, the castle has been a seat of power for kings of Bohemia, Holy Roman emperors, and presidents of Czechoslovakia. Live travel blog. Wandering trader. Alice&#039;s Garden Travel Buzz. Communitrip. Travel. Wandering gaia. Turkey&#039;s For Life... The Globe-Trekking Gecko. Recently I watched the movie ‘Eat, Pray, Love’, mainly for the fact that it features Bali, plus the other two places it covers – Italy and India, are another two destinations that I would love to go to (watch this space!). 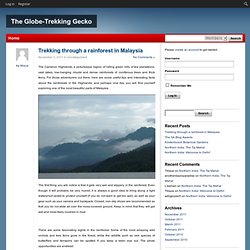 Basic Blogging Tips. Kuşadası. Kuşadası (pronounced [ˈkuʃadasɯ]) is a resort town on Turkey's Aegean coast and the center of the seaside district of the same name in Aydın Province. 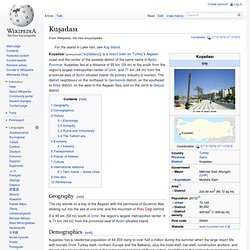 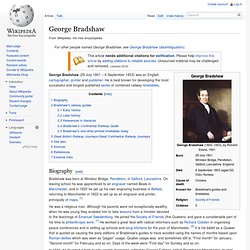 On leaving school he was apprenticed to an engraver named Beale in Manchester, and in 1820 he set up his own engraving business in Belfast, returning to Manchester in 1822 to set up as an engraver and printer, principally of maps. He was a religious man. Although his parents were not exceptionally wealthy, when he was young they enabled him to take lessons from a minister devoted to the teachings of Emanuel Swedenborg. Wandering Earl. Prague. The Prague Astronomical Clock was first installed in 1410, making it the third-oldest astronomical clock in the world and the oldest one still working. 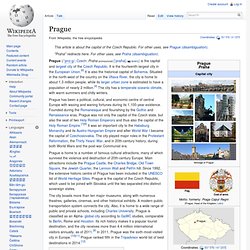 Prague (/ˈprɑːɡ/; Czech: Praha pronounced [ˈpraɦa] ( )) is the capital and largest city of the Czech Republic. It is the fourteenth-largest city in the European Union.[6] It is also the historical capital of Bohemia. Situated in the north-west of the country on the Vltava River, the city is home to about 1.3 million people, while its larger urban zone is estimated to have a population of nearly 2 million.[4] The city has a temperate oceanic climate, with warm summers and chilly winters. Prague has been a political, cultural, and economic centre of central Europe with waxing and waning fortunes during its 1,100-year existence. Everything everywhere. St wenceslas. Cardinal Miloslav Vlk with skull of Saint Wenceslaus during a procession on September 28, 2006 Wenceslaus I (Czech: Václav [ˈvaːtslaf] ( ); c. 907 – September 28, 935), or Wenceslas I, was the duke (kníže) of Bohemia from 921 until his assassination in 935, purportedly in a plot by his own brother, Boleslav the Cruel.

His martyrdom, and the popularity of several biographies, quickly gave rise to a reputation for heroic goodness, resulting in his being elevated to sainthood, posthumously declared king, and seen as the patron saint of the Czech state. He is the subject of "Good King Wenceslas", a Saint Stephen's Day carol written over 900 years later, in 1853, that remains popular to this day. Biography[edit] Wenceslas square. Wenceslas Square, viewed from the southeast end The upper part of Wenceslas Square at night Wenceslas Monument and National Museum, at night. 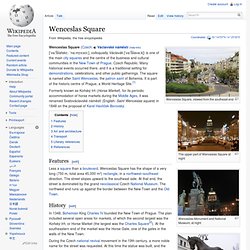 7 Underground Wonders of the World: Labyrinths, Crypts and More. Subterranean Scare: 7 Underground Wonders of the World Article by Urbanist, filed under 7 Wonders Series in the Travel category. What motivates humankind to burrow deep into the Earth? From London to Paris, Budapest to Moscow, the USA to Australia, here are seven of the most amazing examples in the world.

Some were built for military defense or shelter, many are abandoned while others thrive. Alternative Tube map shows rent prices at London Underground stations. A new alternative Tube map has laid bare the eye-watering price of rent in most parts of London. The map by the Thrillist website reveals the amount a tenant must pay for one bedroom within a kilometre of each Tube station on the London Underground network. The London Underground rent map The diagram was put together using data compiled by property website Find Properly, and reflects how prices peak and trough in central London, including in the bustling tourist hotspots of Oxford Circus and Leicester Square. A Guide to Showering Abroad  Cleanliness is next to godliness... which is right next door to the nude public bath that got you clean in the first place. Have some dirty thoughts about how the world gets rid of filth. Washing off travel funk is a small luxury after a long day of trains, buses, and rickshaws.

“Globe Trekker,” shown in the U.S. on PBS, is my favourite travel show because it focuses on real travellers experiencing slices of local cultures, not sightseeing. My travel map. I&#039;m going to Germany. Travel instructables. I Heart Mondegreens.