World View Experience. Theconversation. What if I told you that recent experiments have revealed a revolutionary new method of propulsion that threatens to overthrow the laws of physics as we know them? 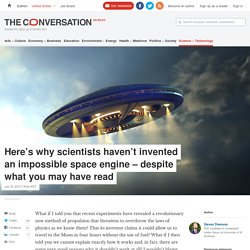 That its inventor claims it could allow us to travel to the Moon in four hours without the use of fuel? What if I then told you we cannot explain exactly how it works and, in fact, there are some very good reasons why it shouldn’t work at all? I wouldn’t blame you for being sceptical. The somewhat fantastical EMDrive (short for Electromagnetic Drive) recently returned to the public eye after an academic claimed to have recorded the drive producing measurable thrust. Super-Kamiokande Photo Gallery. Home. The International Flag of Planet Earth in Pictures. Totale Sonnenfinsternis am 20.03.2015. Alan Eustace and the Paragon StratEx Team Make Stratospheric Exploration History. StratEx is short for Stratospheric Explorer. 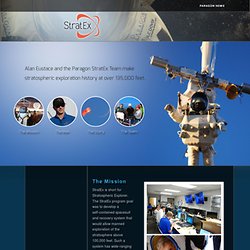 The StratEx program goal was to develop a self-contained spacesuit and recovery system that would allow manned exploration of the stratosphere above 100,000 feet. Such a system has wide-ranging applications for; the study of the science of the stratosphere, development of means for spaceship crew egress, the study of dynamics of bodies at Mach 1, new high altitude aircraft suits, and setting of records for space diving, sailplaning and ballooning. StratEx flew using a scientific balloon, and is capable of being used with different kinds of vehicles other than balloons, such as stratospheric aircraft. Alan Eustace, Google's Senior Vice President, took a not-so-typical sabbatical from his daily life as an executive by contacting Paragon to achieve his goals. WorldWide Telescope. Project Daedalus. 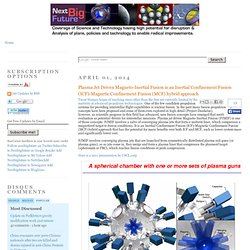 One of the few candidate propulsion systems for providing interstellar flight capabilities is nuclear fusion. In the past many fusion propulsion concepts have been proposed and some of them even explored in high detail (Project Daedalus), however, as scientific progress in this field has advanced, new fusion concepts have emerged that merit evaluation as potential drivers for interstellar missions. Plasma jet driven Magneto-Inertial Fusion (PJMIF) is one of those concepts. PJMIF involves a salvo of converging plasma jets that form a uniform liner, which compresses a magnetized target to fusion conditions. 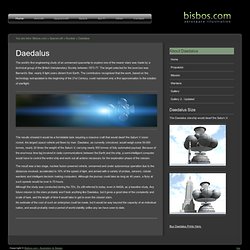 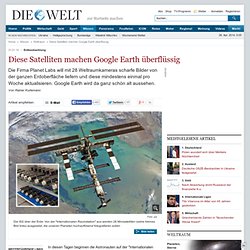 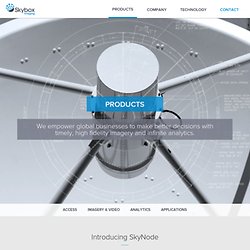 We package this small-footprint system with our premier platform applications, which allow you to create orders, schedule collections, monitor the constellation, and produce and archive imagery. You'll go from downlink to accurate, relevant imagery and video in as little as 20 minutes. Uninterrupted Access We understand the importance of reliable, dependable access when you need it. Built to Scale SkyNode software updates are designed to be seamless and frequent. Flexible Access Plans Whether you need minutes of access per month or complete global satellite capacity, we'll work with you to select the Access Plan that meets your mission needs. Somewhere Over the Bay of Rainbows. Inspiration Mars Foundation. Inspiration Mars Foundation is an American non-profit organization founded by Dennis Tito which aims to launch a manned mission to flyby Mars in January 2018. [ 2 ] [ 3 ] [ 4 ] [ 5 ] [ 6 ] The foundation claims that space exploration provides a catalyst for growth, national prosperity, knowledge and global leadership.