Sample. Attack of the Mammoth: From Canadian folklore at Americanfolklore. A British Columbia Myth from Kaska First Nation retold by S.E. 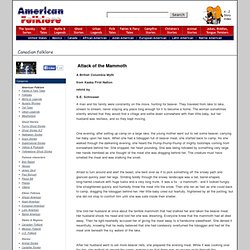 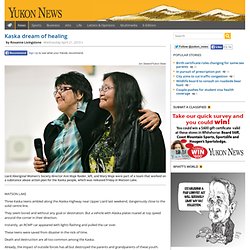 They seem bored and without any goal or destination. But a vehicle with Alaska plates roared at top speed around the corner in their direction. Instantly, an RCMP car appeared with lights flashing and pulled the car over. These teens were saved from disaster in the nick of time. Textual evidence about the region. Mammoth. S-WOOLLY-MAMMOTH-BONES-large. Most Powerful Sentence. - Kaska First nations.