Dr. John Warfield. Braddockheritage.org/ Deciphering Secrets: Unlocking the Manuscripts of Medieval Spain. Digital Humanities Portfolio. My commitment to interdisciplinary and collaborative work is best represented through my work with the University of Texas at Austin’s MappaMundi project, a multi-dimensional cybernetic initiative for the study of a global Middle Ages. 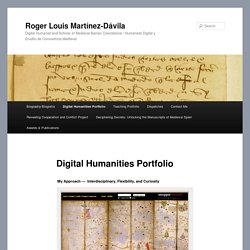 The Revealing Cooperation and Conflict Project, which I created as an eight university initiative, is a participating member of MappaMundi and the first of its African, Asian, and European initiatives to produce a digital humanities deliverable — Virtual Plasencia. In this portfolio, I highlight the broad range of my digital humanities experience, expertise, and most importantly, my focus on collaborative scholarship.

One of the most perplexing aspects of the digital humanities is its interdisciplinary nature, which often works in direct contradiction to the nature of our highly specialized academic fields (literature, history, arts, geography, computer science, social science). The specific digital humanities tools and methods I employ are: Dressing Valentino. The above quote comes from Baby Face (1933), a “Pre-Code” Hollywood film starring Barbara Stanwyck that embraced Nietszche and exploitation as a primary means of Depression era survival. 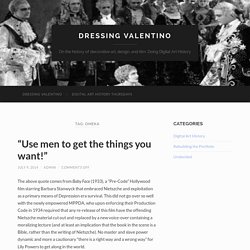 This did not go over so well with the newly empowered MPPDA, who upon enforcing their Production Code in 1934 required that any re-release of this film have the offending Nietszche material cut out and replaced by a new voice-over containing a moralizing lecture (and at least an implication that the book in the scene is a Bible, rather than the writing of Nietszche). No master and slave power dynamic and more a cautionary “there is a right way and a wrong way” for Lily Powers to get along in the world. I think this is an appropriate choice for today’s workshop response, since we were tasked in the afternoon with “exploiting” one of three free content management systems–Drupal, Omeka, and Scalar–to see if one of them would suit our particular project. Stitching History from the Holocaust. Recovered Artifacts as a Window Into the Lives of Those Who Perished In 1997, the Strnad family in Milwaukee found an envelope bearing the Nazi seal while cleaning out their mother’s basement. 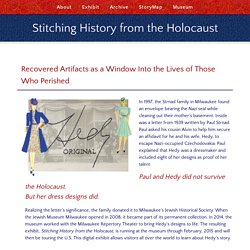 Inside was a letter from 1939 written by Paul Strnad. Paul asked his cousin Alvin to help him secure an affidavit for he and his wife, Hedy, to escape Nazi-occupied Czechoslovakia. Paul explained that Hedy was a dressmaker and included eight of her designs as proof of her talent. Paul and Hedy did not survive the Holocaust.But her dress designs did. Realizing the letter’s significance, the family donated it to Milwaukee’s Jewish Historical Society. 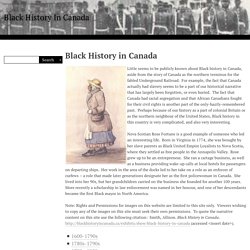 For example, the fact that Canada actually had slavery seems to be a part of our historical narrative that has largely been forgotten, or even buried. The fact that Canada had racial segregation and that African Canadians fought for their civil rights is another part of the only-hazily-remembered past. Perhaps because of our history as a part of colonial Britain or as the northern neighbour of the United States, Black history in this country is very complicated, and also very interesting.

Nova Scotian Rose Fortune is a good example of someone who led an interesting life. Born in Virginia in 1774, she was brought by her slave parents as Black United Empire Loyalists to Nova Scotia, where they settled as free people in the Annapolis Valley. Note: Rights and Permissions for images on this website are limited to this site only. Youryongestreet. MoRE - Omeka Sample "out-of-the-box" Omeka Timeline example. Omeka Timeline example. Freer with collector Hara Tomitarō (front right), in front of an ancient temple on Hara's estate, Sannotini, 1907. 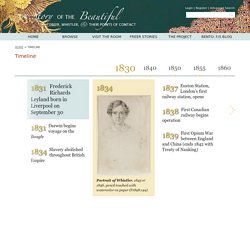